Accessibility links
Actor Jason Bateman Moves Beyond The Quirk With starring roles in sleeper hit Juno and cult television series Arrested Development, onetime child actor has earned a loyal fan base. Now, with Hancock, he may become a household name. 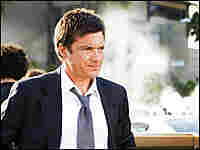 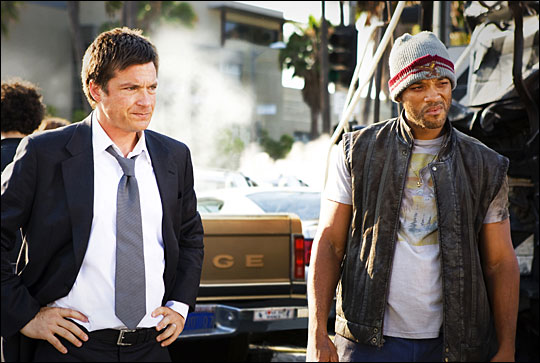 Jason Bateman appears opposite Will Smith in the action flick Hancock.

It's taken actor Jason Bateman a while to achieve real big-screen presence, but now the former child actor seems to be inescapable.

In the past year, Bateman has appeared in Juno, The Kingdom, and Forgetting Sarah Marshall. Now, he's co-starring alongside Will Smith in the movie Hancock, which opens tomorrow. In Hancock, Bateman plays a PR executive who is rescued by a cocky superhero who leaves destruction in his wake.

Bateman achieved some fame in the 1980s for his roles on the sitcoms Silver Spoons and Valerie, but he's best known for playing protagonist Michael Bluth on the television show Arrested Development, for which he won a Golden Globe award.