Accessibility links
Atlanta Soul Scene Reborn The capital of Georgia is home to some of the biggest stars in hip-hop and R&B. Since the 1990s, though, the city has also nurtured a very different scene — indie soul. Clubs like the shuttered Yin Yang Cafe and Sugarhill have birthed an intimate scene that gives musicians room to experiment and grow.

Hear Omar sing "Fine" live at Sugarhill in December of 2007. 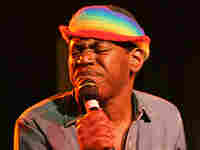 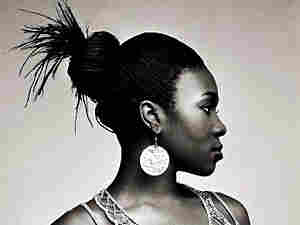 India.Arie is the most famous face of Atlanta's re-emerging soul scene. Courtesy of the artist hide caption

It's hard to find a city making a bigger noise on the dance floors of the world than Atlanta. From Usher and Lil Jon to OutKast, Atlanta is home to some of the biggest stars in hip-hop and R&B. Since the 1990s, though, the city has also nurtured a very different scene.

A tour of Atlanta's soul scene begins, oddly enough, in midtown, in the shadow of high-rise condos and generic office towers. Most of the people in the buildings probably have no idea they're a few hundred feet from the birthplace of Atlanta's independent soul scene. The Yin Yang Cafe opened its doors in 1994 in a former laundromat on a dead-end street. The club helped launch dozens of local artists — including India.Arie.

"We all felt like we didn't want to do what was considered regular R&B at the time," says Arie. "This was before anyone was saying 'neo-soul'. We knew that we wanted to have control and try alternative routes of getting our music out there."

Arie burst onto the national stage in 2001 — her debut album earned seven Grammy nominations. But when she started singing at the Yin Yang Cafe, she was just another songwriter with an acoustic guitar. Before long, Arie and some of the other performers got together to form an artists' collective called Groovement. Jamal Ahmad, the closest thing there is to an historian of the scene, was a member, too. He says the collective felt empowered, in part, by the legacy of the civil rights movement: "The civil rights movement instilled ... this sense of greatness among the young African-American community. Me being from Atlanta, that was something that always instilled in us. And through our parents, because they were part of that protest generation."

The music of Groovement members looked back to the classic soul singers of the 1960s and 70s, such as Marvin Gaye, Stevie Wonder and Donny Hathaway. But the Groovement artists also drew on the international sounds they heard on WCLK — acid jazz and new soul from Europe, and remixes from Japan. They brought all of those influences to the tiny stage at the Yin Yang Cafe.

Singer and songwriter Anthony David says the club was a hole in the wall that could barely hold 300 people. But it gave young musicians a chance to get up in front of an audience. "I didn't play music when I started going there," David says. "I would just go and watch the live musicians there. Over a period of five years, I went from not playing to playing, you know what I mean?"

David and Arie say indie soul drew packed houses to the Yin Yang. "It was like we were already stars. So we had an audience of people there. Singing the words to our songs. It was like you had music on the radio, and it really helped boost our confidence," Arie says.

But inevitably, the new scene went through some growing pains. Ahmad and David quit the collective. Arie signed to a major label. And perhaps most painful of all, the Yin Yang Cafe closed — not because it wasn't successful, but because the landlord wanted to sell it.

DJ Kemit stood behind the turntables for hip-hop pioneers Arrested Development, and the Yin Yang's house band, the Chronicle. He says that when Yin Yang closed, "everyone was caught with their pants down, and looking around, like, 'where are we gonna meet?' How are we gonna do this?' "

Kemit says a few promoters put on occasional shows around town. But he says the scene lost its center, and a lot of artists retreated to the solitude of their studios. He says it went on like that for more than two years. But now, the soul scene in Atlanta seems to be rising from its own ashes — kind of like the city itself.

WCLK is playing more indie soul now. The room that used to be the Yin Yang re-opened as the Apache Cafe, and a handful of new clubs are presenting indie soul.

On Thursday nights, the jam session is at the upscale Harlem Bar, where a beer and a bottled water will cost you $12, and the kitchen serves fancy soul food until 2 in the morning. The most ambitious of Atlanta's new soul clubs is called Sugarhill. It's co-owned by Freddy Luster, who used to own the Yin Yang. Luster says Sugarhill is doing fine — though not quite as well as the hip-hop club he co-owns.

There's little doubt that Atlanta is a hip-hop town first and foremost, and that soul occupies a smaller niche. But to some, the intimacy of the Atlanta soul scene is one of its charms. Far from traditional music industry towns like New York and Los Angeles, singer Julie Dexter says artists here can afford to experiment: "Here people give you more of a chance to grow, get to where you're supposed to be. In New York, you gotta be where you're supposed to be before you can step out. Go and shed somewhere else. Atlanta is a good place to grow, develop, grow. Get your groove on. Find out what your voice is."

With a little luck, that voice will also resonate beyond Atlanta.

Atlanta Soul: The Soundtrack Of My Life 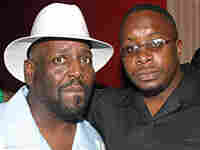 Ken Batie (left) and Ken Rye were partners in the influential "Hot Ice in the Afternoon" radio show on WCLK. courtesy of the artist hide caption

My love affair with the music of Atlanta started with a simple introduction to it through my friendship with Khari Simmons, the mastermind behind the acclaimed soul/jazz group Jiva and former bass player for India.Arie. I learned that the roots that grew into the sound of Atlanta were cultivated by the sheer force and vision of the late WCLK DJ Ken Batie, his business partner Ken Rye and their show, "Hot Ice in the Afternoon". For decades, they helped forge the movement and kept everyone fed with music that I am just now discovering for myself. You cannot talk about the soul music that has emerged in Atlanta without mentioning the influence of "Ken and Ken". They are vital to what is happening there now. Click here to read more about Ken Batie and his thumb-print on the sound of Atlanta.

If you ever visit the "A", make sure you stop into Moods Music in an area called Little Five Points. (Tell the owner, Darryl Harris, that Gwen sent you.) Moods is my personal bliss and because of that place, I always come home with a stack full of sounds of the city that, with one push of a button, I can always return to. On any given night, you'll find a soulful, emerging artist honing their craft, an international DJ spinning sounds of deep house, or a group of young cats performing live tributes to the likes of Donny Hathaway, Marvin Gaye, The Brand New Heavies, house music pioneer Lil' Louis and the late, great hip-hop producer J Dilla.

There is an independent soul movement going on, right off interstate I-20. You'll be greeted by artsy, socially conscious, peace-loving artists and entrepreneurs with a warm Southern charm and a deep passion for music. For everything that is right and good and beautiful about music they are at the forefront, keeping the flame warm and burning bright. And they're waiting for you.