Accessibility links
British Invasion: Duffy's Brand New Soul The young singer, part of a wave of British female pop stars finding success in the U.S., has been compared to Dusty Springfield and sparked rumors that her father is fellow Wales native Tom Jones. She talks about the tiny town where she grew up, and recording her first demos on a karaoke machine. 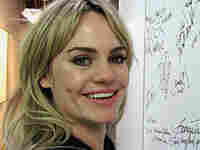 Duffy, a 24-year-old singer from Wales, is part of the latest British invasion, a wave of young women offering a fresh take on some old sounds. Her huge voice has inspired comparisons to Dusty Springfield and sparked rumors that her father is actually pop icon (and fellow Wales native) Tom Jones.

Amy Ann Duffy started singing as a little girl, but quite secretively. "I think music is the only thing that I'll ever really have," she says, and she kept it to herself for many years, "almost like greed." She also couldn't think of a reason to tell anyone. She says her hometown on the coast of Wales is the kind of place "where pipe dreams are usually quashed in order to prevent you from being disappointed."

Duffy used a karaoke machine she got for Christmas one year to make demos. She'd record her songs and send them to herself to reserve the copyright. Eventually, she began sending them out. And now her debut album, Rockferry, has hit the Billboard Top 5. 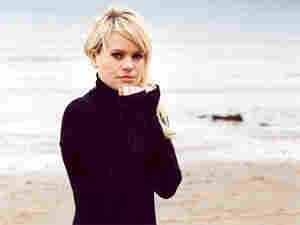 After only one listen to "Mercy," I was hooked on Duffy and interested in getting her story. Where does her sound come from? Is it intentionally "retro"? When did she start singing? Was she a child star? Was she a big fan of Dusty and Lulu? So many questions...

Duffy arrived at WFUV with her band and manager. We had agreed in advance to two songs live, plus an interview, but once the band sound-checked, Duffy asked if they could do three songs. That was more than fine with me. As you'll hear, her voice is the real deal and her story is quite entertaining.

With a voice akin to those of Dusty Springfield and Petula Clark, Duffy got her blue-eyed soul sound in part from her parents' limited record collection. Rough Trade label owner Jeannette Lee heard young Duffy's voice as the teenager sang in Welsh bands. Lee paired her up with former Suede guitarist Bernard Butler to write the songs that would form her debut, Rockferry.