Accessibility links
Preserving Your Pension In Tough Times Your 401(k) might not be the secure retirement plan you think it is. Economist Teresa Ghilarducci examines pension plans and offers advice on retirement security. Ghilarducci's new book is When I'm Sixty-Four: The Plot Against Pensions and the Plan to Save Them. 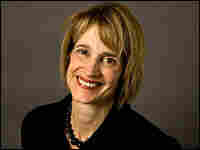 Teresa Ghilarducci believes pensions should be managed by the federal government instead of Wall Street. Bryce Reichter/University of Notre Dame hide caption 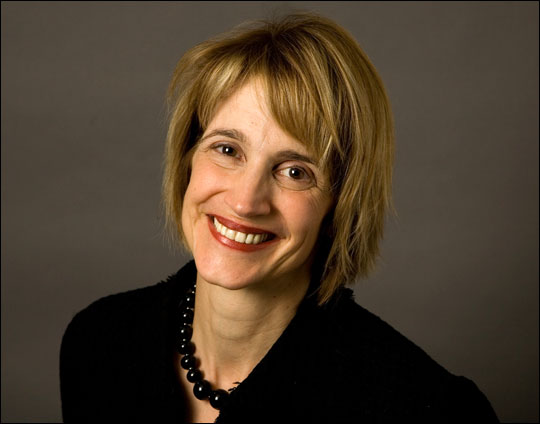 Teresa Ghilarducci believes pensions should be managed by the federal government instead of Wall Street.

Stock and bond funds in 401(k) accounts took a hit this past quarter, and many people are worried about their retirement funds. Economist Teresa Ghilarducci addresses financial concerns about retirement and offers her own solution to the pension problem.

Ghilarducci is a professor of economic policy analysis at the University of Notre Dame, where she specializes in pension benefits. She is also the director of the Higgins Labor Research Center and a Wurf fellow at the Labor and Worklife Program at Harvard Law School.

Her latest book, When I'm Sixty-Four: The Plot Against Pensions and the Plan to Save Them, proposes that pensions should be managed by the federal government rather than Wall Street. 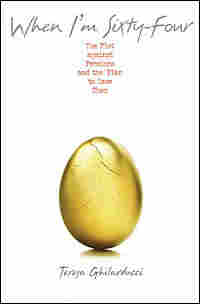 From Chapter 1: Hope for Retirement's Future

Until the 1950s, only the wealthy could expect to retire. In 1951, less than 5% of men said they retired because they wanted to rest and have some time off, and these were the men with the highest incomes.1 In that same year, over half of older men were working and most of the others were unemployed or unemployable.

Today, over 60% of older Americans, not working, actually chose to retire because they prefer free time to paid work.Making retirement available to almost all workers, that is, "democratizing" retirement, is one of the greatest achievements of robust market economies. Nonetheless, even in rich societies, conflict persists about who is entitled to pensions and how generous they should be. Reflecting on the debate over Americans' new social insurance programs—Social Security, unemployment insurance, and poor relief programs—philosopher Bertrand Russell wrote in 1935:

The idea that the poor should have leisure has always been shocking to the rich. . . . When I was a child, shortly after urban working men had acquired the vote, a number of public holidays were established. I remember hearing an old Duchess say, "What do the poor want with holidays? They ought to work."

The nineteenth-century duchess reflects a twenty-first-century conviction, deeply held in some circles, that because people are living longer, instead of society shoring up pensions, the elderly ought to work more. Indeed, if trends continue, sixty-five-year-olds in 2010 on average will live longer than sixty-five-year-olds ever lived before; however, perplexingly, the expected months in retirement will fall by 14%. People will live longer but they will work a whole lot more.

This book explores the basis of the belief that the elderly have too much retirement leisure; and asks the question, Who loses and who wins if and when pension income becomes less secure and the elderly work more as a consequence?

This book also covers the sources of retirement income, the distribution of retirement time, and ways to rescue the pension system.

This opening chapter argues several issues: that civilized societies enable people to retire; that the United States has achieved much toward ensuring entitlement to retirement for ordinary workers; and that moves toward individual retirement accounts—defined contribution pension plans, 401(k)-type pension plans, and Social Security commercial personal accounts—are flawed responses to pension troubles and to the decreasing ratio of workers to retirees.

The financial industry and political groups, devoted to making government smaller, promote the replacement of employer pensions and Social Security accounts with individual accounts—while ignoring what public policy has accomplished for retirement security. Their vision of a reformed U.S. retirement income system moves away from what good reform should do—that is, make the system more fair, enhance productivity, and be more efficient. No pension system should waste people's money.

Principles for a Pension Rescue Plan

In 1960, half of the nation's private sector workforce and almost all of the public sector were covered by a traditional pension plan, commonly referred to as a defined benefit pension plan. Forty-seven years later at the beginning of the twenty-first century, the same share of the private sector workforce is offered a pension plan at work.But the type of plan they are offered has changed dramatically: the defined contribution 401(k)-type individual account plan is now dominant. Public sector workers still have defined benefit plans.

There are many differences between defined benefit and defined contribution plans. One is particularly stark: In defined benefit plans, employers make all the investment decisions and must pay the pension regardless of the pension fund's investment earnings. In a defined contribution plan, the employee makes all the decisions and accepts the risk that the accumulations in her account could be lower than expected. Here is how the plans work.

A defined benefit (DB) pension plan credits every year of service with a certain percentage of salary earned, which is usually some average of the

salary over the final years on the job. For example, a typical defined benefit plan pays a retiree an annual benefit equal to 2% for every year of service multiplied by an average of the last three years of salary. Therefore an employee who earned, on average, $40,000 in his last three years of his twenty-year service would have an annual pension of $16,000, calculated as follows: 2% of $40,000 is $800; twenty years at $800 per year of service is $16,000. That annual pension payment comes to 40% of the $40,000 average of the last three years' annual earnings. (Keep in mind that 40%!) The employer contributes annually to a fund to pay for these defined benefit pensions as they come due, according to federal regulations.

As 401(k) plans overtook traditional company pensions, Social Security emerged as the only reliable source of income for the elderly. During the same time period, wage income emerged as the elderly's fastest-growing source of income. As you will see, this means that more of the elderly will be poor, and many more of those who don't fall into poverty will experience a significant fall in living standards after they retire.

Making people work longer and look for work at older ages to augment inadequate pensions may be a reasonable proposition. But to ensure that older people freely choose work over retirement and that future generations are not downwardly mobile, facing a retirement future as bleak as retirement was before the 1970s, the following needs to happen:

Workers must be required to save 5% of their salary (up to the Social Security earnings cap) in a guaranteed retirement account. The accumulations in these accounts should become available after age sixty-five; the government must guarantee the rate of return; and a government agency, not a commercial money manager,must administer the accounts.

Tax subsidies for 401(k) plans must be replaced with a $600 refundable tax credit for each worker, to help offset the financial sacrifice of having to save 5% of earnings. The replacement will equalize government tax subsidies between high- and low-income earners.

Social Security payroll tax increases must be scheduled for 2020 and general revenues—from the estate tax particularly—used to eliminate old-age poverty.

Worker representation on employers' pension boards should be mandatory. This will help workers save because they will be engaged in the management of their money; worker representation will also inhibit employers from managing the company's pension plan to serve their own interests.

These policies could make it easier and less costly for anyone, especially low- and middle-income workers, to save for retirement.More importantly, these changes would avoid the problems of the narrow interests of the financial industry and having employers steering pension reform. Historically, workers have better pensions when both their political influence and their bargaining power are strong, and when workers feel entitled to income and leisure after a lifetime of hard work.

The Successes of the U.S. Retirement System

So far, at the beginning of the twenty-first century,Americans expect time off at the end of their working lives.Americans consider that it is reasonable to expect paid retirement time—a concept that has evolved, just as the entitlement to any time off has evolved, as implicit in overtime, the eight-hour day, and "the weekend." These entitlements resulted from compromises between workers, organized labor, firms, and federal and state governments. Workers throughout the post–World War II period have continued to want, and to pay for, holidays and vacations, paying in the form of forgone increases in cash wages and/or increased productivity. The New York City transit workers risked public ire and severe consequences when they stranded millions of commuters in chilly December 2005 in a strike over a proposed cutback in their pension benefits. Not only is entitlement to paid time off important, American workers and their unions have come to regard pension plans as a way for ordinary workers, many of whom are and were immigrants, to achieve middle-class status by obtaining some of the same kinds of income security arranged for their managers and bosses.

This age group retired in the mid-1970s, when Social Security benefits increased rapidly and company-provided pension plan coverage was growing. The rates of increase in retirement time for each successive group of people born five years later gradually fell; the increases may have gotten smaller, but they nevertheless were increases! Not until the late 1990s did the growth in retirement time begin to turn downward. Both men and women retiring around 1999 could expect less retirement time (about 1% fewer years) than people just a few years older. Clearly, people are living longer, but they seem to be using the longevity increases to engage in paid work, not to experience retirement leisure.

Perhaps workers are freely choosing to use their longer lives to work more. Or it could be that people increasingly feel forced to work longer because their retirement income has become less adequate and secure. The reality is somewhere in between. And because the gap in retirement leisure between different groups is growing as middle-class retirees and lower-income retirees suffer from less secure and smaller pensions, the changes are hurting some groups and helping others. 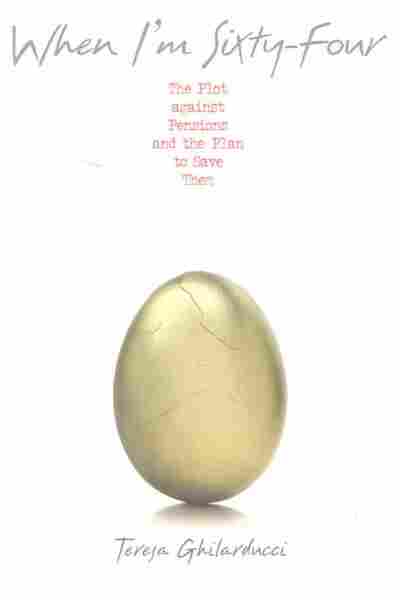 The Plot Against Pensions and the Plan to Save Them