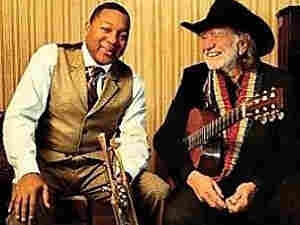 Beck albums have alternated between his personas since his debut: He goes back and forth between Party Beck and Bummer Beck — and, unfortunately, Modern Guilt is all Bummer Beck. Danger Mouse contributes patchwork, psychedelic production to the album, but there are no songs here. Beck's next album will probably be called his comeback, but not this one.

Willie Nelson's collaboration with Wynton Marsalis leads the two to the intersection of jazz and country: the blues. On Two Men With The Blues, the legends chose the songs carefully and kept the recordings spontaneous and loose. If the album isn't obviously a classic, it was still a smart move done well.

Mugison's Mugiboogie is a fun record. It feels a bit like an art project, but it's also funky and bluesy. And it's probably a better record overall than Beck's latest. 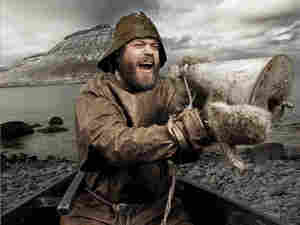 Iceland's Mugison is the brainchild of one Örn Elías Guðmundsson. The "mad genius" concocts music that is as mesmerizing as it is odd and eclectic, running the gamut from electronic trip-hop to guitar heavy arena rock and earnest, acoustic singer-songwriter work. Guðmundsson masters countless genres on his records, but more important is his ability to juxtapose songs of entirely disparate styles and create a musical synergy between them.

Mugison's latest album, Mugiboogie, is brilliantly chaotic and scatter-brained. Through the chaos of metal-inspired graters set against funk-fused sing alongs, Guðmundsson pulls stylistic threads that tie the album together as one unique, varied whole. The fruit of it all is a record that pulls the listener in for an epic tilt-a-whirl ride that is dramatic and zany.

One of the record's strong suits is the sense that, despite all the time and effort clearly put into crafting such intricate songs, you can't take any of it too seriously. "George Harrison" is one of the record's slower songs, opting for sparse acoustic guitars and a front porch country twinge. The Nordic musician mimics Americana styles with ease, perhaps ironically so. Guðmundsson sings, "Love, it's in everyone / It's the only thing we can share," contrasting with the songs that bookend it. "Jesus Is a Good Name to Moan" features squealing guitar feedback and demonstrations of its title, and "Deep Breathing" proves a more honest acoustic track. When heard in succession, the songs take on new meaning.