Audio for this show will be available soon 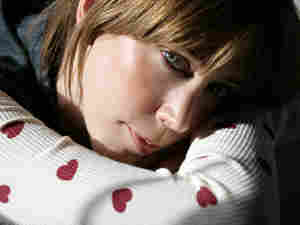 The latest installment in WXPN's annual XPoNential Music Festival offers a broad cross-section of modern music, from beloved veterans (Alejandro Escovedo, Dar Williams) to up-and-comers (The Redwalls, The War on Drugs), with a headlining performance by critically acclaimed English singer-songwriter Beth Orton. Click the link above to hear the day's lineup, live in concert from WXPN and Wiggins Park in Philadelphia.

The day's lineup is as follows:

4:30 p.m. Kuf Knotz & The Hustle: A co-founder and member of The Burndown Allstars (featured on the Fuse Network's reality show Bodog Music Battle of the Bands), Kuf Knotz is taking a break from working on his solo debut to kick off Friday's XPoNential lineup.

5 p.m. The Brakes: The Philly rock band The Brakes incorporates an appealing assortment of American music styles, from folk to jazz to post-rock. A frequent player at New York City's Knitting Factory, the band recently compiled some of its best performances on the recent Tale of Two Cities.

5:30 p.m. The Refugees: The Refugees' members have been called "a female version of Crosby, Stills & Nash," which is another way of saying that Cindy Bullens, Deborah Holland, and Wendy Waldman know how to harmonize beautifully. Mixing soaring grace with witty humor, the trio is preparing to release its debut CD.

6 p.m. Dar Williams: A Lilith Fair veteran and New England folk-pop mainstay, Dar Williams continues to make achingly personal, liltingly sweet, sardonically smart music a decade and a half into her recording career. After a three-year hiatus, Williams is due to release her seventh album, Promised Land, in September.

6:40 p.m. Jim Bianco: Jim Bianco has found an audience in a crowded world of earnest folk-pop singer-songwriters — no mean feat. Naturally, his music has found a home in television and movies, most notably in the film Waitress and programs for HBO and Bravo. Here, he'll try to turn XPoNential's festival setting into a great big coffeehouse, as he performs songs from his recent album, Sing.

7:10 p.m. Chuck Prophet: San Francisco-based singer-songwriter Chuck Prophet first made a name for himself in the '80s as the young guitarist in L.A.'s Green on Red. Since then, he's released a string of bluesy, critically praised roots-rock albums, each drawing on a sound that brings to mind the likes of Bob Dylan and Tom Petty. Prophet's latest is titled Soap and Water.

7:50 p.m. The War on Drugs: The Philadelphia band The War on Drugs is steeped in music of the past, mining the territory between Americana and the esoteric U.K. rock of the '80s. With songs that coax comparisons to Tom Petty and The Smiths, Bob Dylan and Brian Eno, the band's debut (Wagonwheel Blues) wears its many influences proudly and prominently.

8:20 p.m. Alejandro Escovedo: A music legend based in Austin, Tex., Escovedo has been hailed as a poet, as a storyteller, and as one of the most important musicians of the last quarter-century. He blends rock, folk, blues, and classically influenced music into a boundary-defying style that has won him a devoted following all over the world. His newest album is titled Real Animal.

9 p.m. The Redwalls: Playing pure pop music isn't always as commercially rewarding as it should be, but The Redwalls' music doesn't seem influenced by the modern marketplace anyway. Last year's self-titled CD finds the Chicago band drawing from as many pop and rock eras as possible, with a slickly appealing sound that should translate well to outdoor summer stages.

9:40 p.m. Beth Orton: Beth Orton isn't the only singer-songwriter to fuse folk melodies with electronic beats, but she's certainly one of the best. Ever since the release of her 1996 debut, Trailer Park, Orton has been a critics' darling with a sizeable following. In anticipation of her fifth album, the singer is taking her huge, haunting voice on the road for a rare U.S. tour.