Accessibility links
To Thine Own Self Be True On his deathbed, Judith Jamison's father told her to "be good." The acclaimed dancer and choreographer believes upholding her father's dying wish means she must be open, honest and true to herself.

Listen
To Thine Own Self Be True 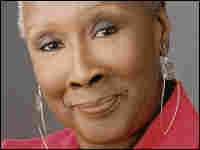 Judith Jamison is artistic director of Alvin Ailey American Dance Theater in New York. She joined the company in 1965, and was its principal dancer for many years. In addition to her choreography and teaching work, Jamison advocates for arts education. Andrew Eccles hide caption

I believe that there is sanctity in the fact that we are only on this earth for a short period of time. And I believe that with that time, we'd better be doing something good. That was the last thing my father said before he died: "Be good." That was it.

In my life and work, I've found that honesty comes with goodness. My mother used to say, and she was quoting Shakespeare, "This above all: To thine own self be true." In the rehearsal studio, I strive to be as true to myself as I possibly can. For me, the studio is hallowed ground, where the realities of self and spirit are revealed. There is a sense that I am breathing rarified air, special and pure, like on Mount Everest. And in the studio, on this higher ground, we are unified in purpose. Everyone in the room is vulnerable.

A dancer can have all the right physical moves, but that doesn't mean he'll knock your socks off. He has to find his truth in what he wants to say, and show us who he is as a person.

Once, I had a dancer who was a beautiful dancer with a gorgeous body. But I couldn't get him to express himself. He had to go further. He had to tell me his journey, his emotional center, but he wouldn't. One time we were in rehearsal. He had a five-minute solo. He did it once. He was breathing hard. I said, "Do it again." The second time he was so exhausted he had no choice: He had to go deeper. He was honest. He arrived. It was exquisite.

As dancers, we need to bring our life experiences to the stage. We don't just want to thrill an audience with how many turns we can do or how high we can jump or raise our legs. Plenty of people can do that with practice. We need to share our truth. When a performance stands out, it's not just the arms and legs that stay in your mind. What you remember is the feeling you get from the performance, and that feeling comes from the dancers' expression of self.

A good performance on stage should take the audience on a journey where they learn something about themselves. It's about all of us. It's about reaching for perfection, and, most of all, it's about honesty.

I believe that to "be good," as my father instructed, we must be true to ourselves.

Independently produced for All Things Considered by Jay Allison and Dan Gediman with Emily Botein.