Accessibility links
'Before I Forget' A Poignant Memoir With steely nerve and mordant wit, Jacques Nolot's Before I Forget presents an unflinching portrait of a former hustler now in middle age, HIV positive, and negotiating the financial and emotional legacies of several generations of gay men.

'Before I Forget' A Poignant Memoir

'Before I Forget' A Poignant Memoir 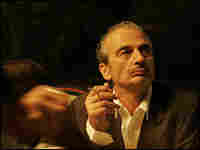 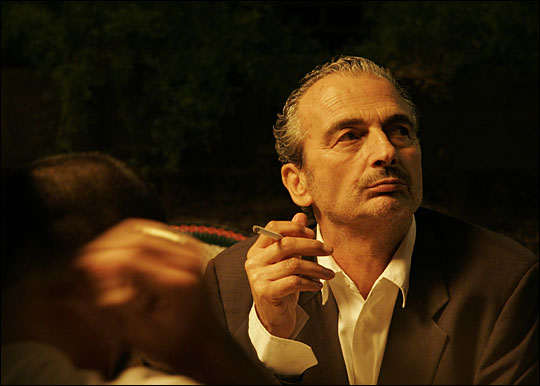 Not Rated: Be prepared to get extraordinarily comfortable with Nolot's body and its fluids. 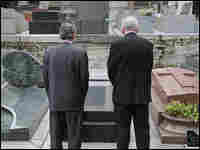 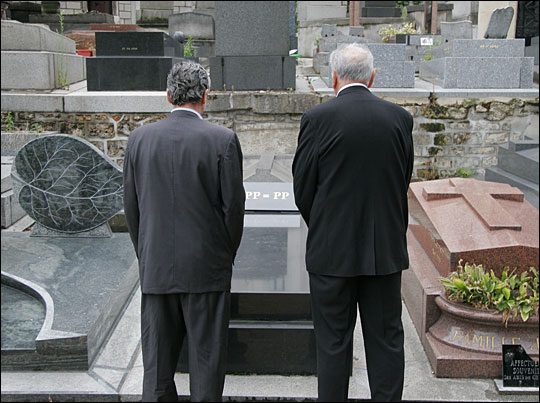 'I Used To Go Cruising With Roland Barthes'

The first thing you see in Before I Forget, the extraordinary new film by Jacques Nolot, is a perfect black circle on an expanse of white screen that slowly expands until it fills the frame with shadow. A symbol of death? A bodily orifice? A black hole of memory? Pure formalism? A hint of where the movie will end, in the hallway of a sex club in Pigalle? All of the above?

It's an oblique way to start a bracingly direct film. With steely nerve and mordant wit, Before I Forget presents an unflinching portrait of a former hustler (Nolot as Pierre) now in middle age, HIV positive, and negotiating the financial and emotional legacies of several generations of gay men. Following his enigmatic curtain raiser, Nolot stares long and hard at ... himself. Waking at 4 a.m., he staggers to the bathroom, vomits, pops a pill, shuffles naked to the kitchen, his wrinkled paunch and shrunken genitals exposed, makes coffee, smokes a cigarette, and sits down to write.

Nolot claims the film is highly autobiographical. It is, in any case, highly uninhibited about the blunt facts of life: sex, the body, money, aging. The episodic plot revolves around three themes: Pierre's reluctance to start an anti-retroviral therapy after 24 years with HIV; the recent death of his longtime client, with the attendant legal and psychological matters concerning his estate; and his relationships — explicitly sexual but more invested in affection — with a new generation of handsome young men for hire.

On one hand, Before I Forget is classic French arthouse: a keenly observed sociocultural snapshot, rich of character and psychological insight. On the other, it's a dazzling original, breaking new ground in its depiction of gay middle age — a subject all but untouched by the movies outside the homo-minstrelsy of The Birdcage and its ilk. Nolot upends the gay cinema's love affair with the hustler mystique, decimating its clichés by thinking through its practical (as opposed to romantic) mechanisms.

But it's the tone of the film that most impresses: dry but not detached, trenchantly funny and brutally frank, heartfelt without a scrap of sentimentality. "Those were the toilets I used to cruise with Roland Barthes," Pierre reminisces over lunch. (Nolot was, in fact, a lover of the famous philosopher.) You'll not soon forget this one.