Accessibility links
China Looks To Row Away With Most Gold Medals To win the race for gold at this summer's Olympics, China has been looking to sports where the medals are plentiful. Many of these sports, like rowing, are not China's traditional strong suits.

Listen
China Looks To Row Away With Most Gold Medals

The third of a five-part series. 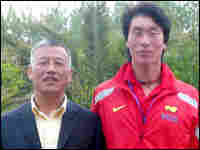 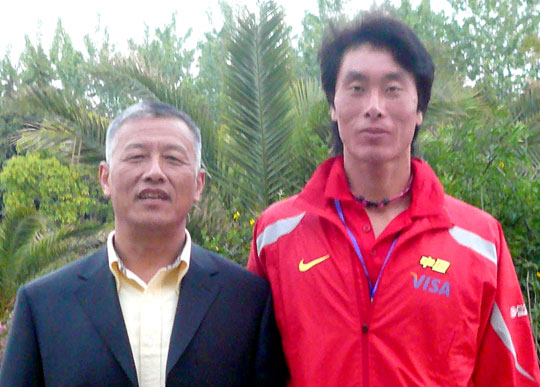 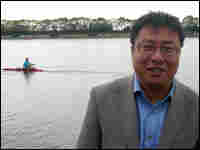 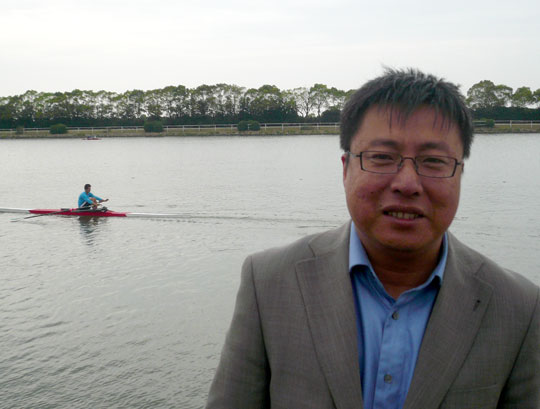 China's economy is booming and the country is rapidly modernizing. However a long-held national sports infrastructure remains in tact, a reminder of China's centralized Communist structure.

Children are plucked from as young as four, brought up through the national athletic training system and, if they are good enough, put on a government salary to perform full time.

At the 2004 Summer Olympics in Athens, the country finished second only to the United States, with four fewer gold medals than America's 36.

To win the race for gold this summer, Beijing has been working to improve its chances in areas where the gold medals are plentiful — focusing especially on sports that have not been China's traditional strong suits.

China has never won a gold medal for rowing, for example, but they are hoping to change that this summer.

A Focus On The Obscure

To that end, China has launched the mysterious sounding "Project 119", named for the 119 gold medals it was targeting. These are in sports which have not been popular in China, like rowing, swimming and track and field.

This project was launched in 2001, and this year, ambitions are even bigger since the games are on home turf, and even more medals — 122 - are available in those events.

Under Project 119, China has spent millions of dollars on new facilities, bringing in foreign coaches and scouring the country in search of new talent.

One of the country's rising stars is Zhang Liang, a 22-year-old rower who towers at 6 feet 4 inches tall.

"I love rowing, and I train to win glory for myself," says Zhang, who took up the sport six years ago.

With the hopes of his nation pinned on him, Zhang pursues a rigorous training schedule. He wakes up at 5 each morning to train, returns to his regimen after breakfast, and caps off his day with four hours of afternoon training.

He is one of approximately 2,000 professional full-time rowers on the government payroll.

'We Want To Compete And Fight'

National team coach Zhou Qinian explains that Beijing is focusing on rowing because 14 gold medals will be awarded in that sport this summer.

"Rowing is a major Olympic sport with many gold medals," says Zhou. "The more events and gold medals there are, the more we want to compete and fight."

Zhou has been China's chief rowing coach for three decades. Back in 1978, the team was so badly equipped that it had to rent boats from overseas. For Zhou, improving the team is more than a personal quest.

"We sports people want to win glory in the programs requiring great physical strength," he says. "For example, no one thought hurdler Liu Xiang could win that gold medal. That was a reassertion of Chinese people's physical strength. And the same is true for rowing."

At the recent World Cup rowing regatta, China came away with five out of 14 gold medals available — more than any other country — showing that it is now a force to be reckoned with internationally.

Some of China's rowers fear that without a gold at this summer's Olympics, their funding might be diverted to more successful sports. But the manager of China's rowing team, Cao Jingwei, says he is confident Beijing will continue with its rowing program, if nothing else, because of its 48-member team.

"They can't abandon this project altogether, because 48 people is a huge team," says Cao. "The U.S. always has a huge delegation. So China wants more and more athletes, regardless of whether they win gold medals, to march behind the Chinese flag at the Olympics."

In addition to the resources the government has poured into rowing, it has also set about trying to generate excitement for the sport among the public.

"All your effort and pain will be for one end: the glory of the motherland," was the lure for contestants in an unusual reality television show designed to raise the profile of rowing. The prize: to take part in the Olympic games, as the coxswain or "cox" for the eight-person rowing team. The cox is the crew member who doesn't actually row, but is in charge of navigating, motivating the rowers and coordinating their strokes.

"Only the cox of the eight-person sculls could be your 'Average Joe,' someone without great athletic ability," says Cao, the team manager. "We wanted to do this because the gap between Olympic stars and ordinary people is becoming bigger and bigger."

For rower Zhang, that gap is painfully obvious. He lives with his team members at the training site year-round. Coach Zhou teases him about how this is hampering his search for a girlfriend. And Zhang shyly admits that it is difficult to relate to outsiders, "They talk about different things, and their lives are too different," he explains. He is idolized by his friends and family, and now he must try to live up to their hopes.

"Sometimes it is too hard on my parents," says Zhang. "But as Chinese, they'll feel better when they see their child participating in the Olympics on home soil."

After three decades, Beijing's rowers are under pressure as never before to win that breakthrough Olympic gold. Silver is simply not enough. And for athletes like Zhang, winning gold is not just a personal mission, it is also an assertion of China's strength.