Accessibility links
What Does 'Jihad' Really Mean? Is it a compliment or a criticism? Until recently, the word "jihad" was a regular part of the Bush administration's lexicon in condemning terrorist attacks. But in the Muslim world, jihad has very positive connotations.

Listen
What Does 'Jihad' Really Mean? 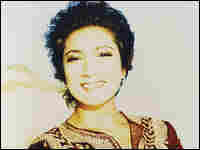 One of singer Ani Zonneveld's songs is called "Ummah Wake Up." It is about encouraging the Muslim community to stand up and use jihad to do the right thing. Courtesy of Ani Zonneveld hide caption 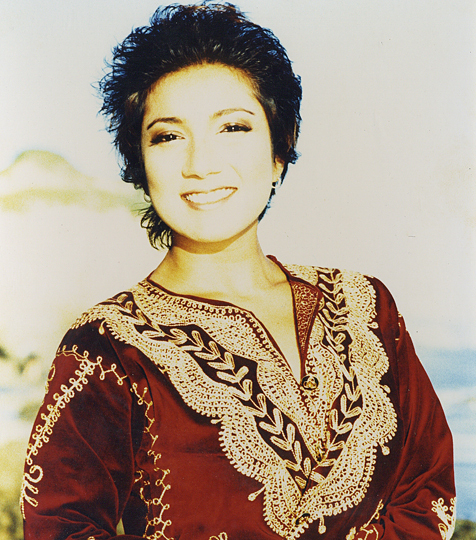 One of singer Ani Zonneveld's songs is called "Ummah Wake Up." It is about encouraging the Muslim community to stand up and use jihad to do the right thing.

After years of using the word "jihadist" to describe terrorists who carry out attacks against civilians and the U.S. military, the Bush administration has finally realized that doing so actually pays those groups a compliment in the eyes of some Muslims.

Since the Sept. 11, 2001, terrorist attacks, the Bush administration has relied on terms like "jihadist" and "Islamic extremists." But jihad has very positive connotations in the Islamic world. It is akin to religious duty: when someone wants to better themselves, they embark on a jihad. Whether it's to quit smoking, pray more, and in some cases, fight off anyone preventing them from practicing their religion.

"Just like you wouldn't call Josef Stalin a hero of the revolution, you don't want to call Osama bin Laden a jihadist. He loves it," says Duncan MacInnes, a spokesman for the State Department's Counterterrorism Communication Center.

The State Department has issued a memo to all its employees cautioning them against using Islamic references whenever condemning terrorist attacks. The Department of Homeland Security has also advised its employees to avoid those same mistakes.

Mohammed Magid is imam of ADAMS Center, a collective of seven mosques in Virginia. He says the changes are late but welcome. When officials criticize the word jihad, they offend Muslims, Magid says. "You isolate so many people by using that. We need to discredit terrorism."

But there are critics of the change in policy.

Author Tawfik Hamid was once a member of Egypt's Jemaah Islamiyah, which is considered a terrorist organization by the U.S. and other governments.

After breaking from the group, Hamid has become an outspoken critic of Islamic fundamentalism. He says some Islamic legal books still continue to define "jihad" in its most violent contexts.

"When these books change the meaning of jihad into a pure and peaceful meaning and stop the other violent ones, then and only then the Western countries should say jihad is only peaceful," Hamid says.

Meanwhile, there are other Muslims who are trying to show that jihad can be peaceful.

Filmmaker Pervez Sharma is an Indian who spent six years traveling to 12 different countries documenting gay and lesbian Muslims. He called his film A Jihad for Love.

"For me, it's a really powerful tool, if you will, and a very conscious and deliberate political tool to take that word back and apply it in the context of Islam's most unlikely storytellers, which are gay and lesbian Muslims," Sharma says.

He considers jihad a Muslim's internal struggle to become a better person.

And then there's Ani Zonneveld, a singer/songwriter based in California. Zonneveld, who's also head of a group called Muslims for Progressive Values, says she realized just how entrenched the idea of jihad equaling violence was when she watched a recent episode of the show Desperate Housewives. In it, housewife Lynette (played by Felicity Huffman) is in her yard, trying to root out a possum with a pellet gun. Her husband is horrified, saying to her "You've declared jihad on a possum!"

Zonneveld said she laughed at first. "It was like, 'Oh great, if Hollywood takes that meaning in the sense of violence, it's just about over. It's game over,'" she says. But Zonneveld says she'll keep pushing to break stereotypes through her music.

One of her songs, called "Ummah Wake Up," is about encouraging the Muslim community to stand up and use jihad to do the right thing. She says when she performs the song at mixed-faith gatherings, the reaction isn't always enthusiastic.

"People cringe," she says. "I can see that when they're sitting down. But once they start singing, they clap along and sing along."

She says she'll keep singing her songs until there is less cringing and more clapping.