Listen
A Portrait Of The Great 'Gonzo' 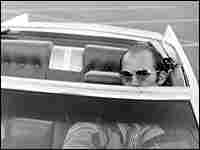 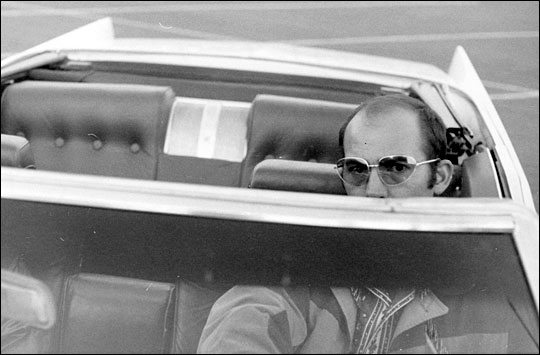 Hunter S. Thompson is best known for his novel Fear and Loathing in Las Vegas.

Personalities as varied as Jimmy Carter, Pat Buchanan and Johnny Depp recount their experiences with the renegade journalist.

Remembering the Turbulent Life of a 'Gonzo' Writer

Remembering the Turbulent Life of a 'Gonzo' Writer 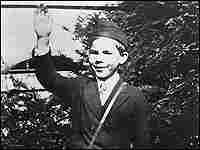 Hunter Thompson, at age 8, in his hometown of Louisville, Ky. Courtesy of the Hunter S. Thompson Estate hide caption 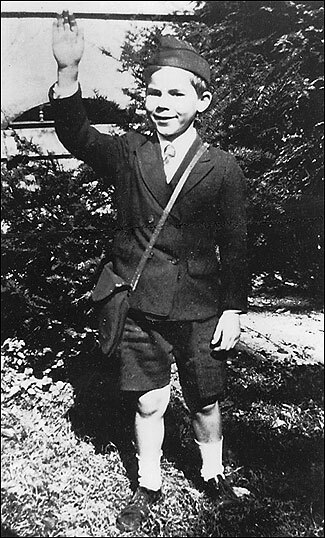 Hunter Thompson, at age 8, in his hometown of Louisville, Ky.

Read an excerpt about Thompson's childhood in Louisville, Ky. 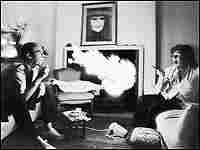 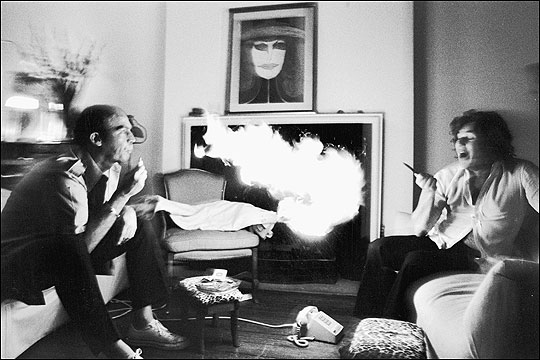 Hear clips from interviews conducted by Corey Seymour for 'Gonzo.'

Nicholson on Thompson as a political watchdog.

Ed Bradley, the late '60 Minutes' journalist, on the duality of Thompson: the wild man and the disciplined writer.

Bradley on Thompson being "a rebel with a cause."

Seymour, a young staffer at Rolling Stone who idolized Thompson, was supposed to meet Thompson at his airline gate, but Seymour missed him. Instead, he found Thompson sitting by himself on the floor in baggage claim. When Seymour extended his hand in greeting, Thompson demanded Seymour help him off the ground.

It was the beginning of a relationship that would last more than a decade. Seymour became Thompson's assistant and was soon part of Thompson's world — a world that included drugs, heavy drinking, rock stars, writers and artists. In a new book, Seymour and Jann Wenner, the founder, editor and publisher of Rolling Stone, recount the turbulent life of the journalism pioneer best known for Fear and Loathing in Las Vegas.

Their work, Gonzo: The Life of Hunter S. Thompson, is an oral biography that features interviews with Thompson's inner circle, including his ex-wife, his son, actors Johnny Depp and Jack Nicholson and old friends. Wenner and Seymour also trace how Thompson grew from a reactionary "Gonzo" journalist — using a style of writing where he injected himself into the story — to a writer who defined his generation.

Throughout his life, Thompson enjoyed partying and hazing. Constantly testing his limits — and the law — Thompson pushed people's buttons. At a New Year's Eve party in Aspen, Colo., Thompson ran through a restaurant, punching out light bulbs in hanging lights. Wenner recalls an incident when Thompson sprayed him with a fire extinguisher. And photographer Annie Leibovitz captured another famous moment when Thompson exhaled lighter fluid at Wenner in 1976.

Seymour and Wenner spoke with Andrea Seabrook about Thompson's quirks, his controversial life, his work and his suicide in 2005.