Accessibility links
Could A Mere Mortal Really Be Batman? When a superhero is just a human being with fantastic gear, can anyone dream of becoming Batman? That's the question professor E. Paul Zehr considers in a new book.

Listen
Could A Mere Mortal Really Be Batman? 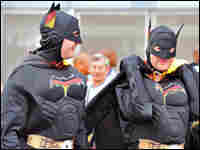 Could a normal human become Batman?

Most superheroes, like Spiderman or the Hulk, have special, supernatural powers. But there are some superheroes, like Iron Man and Batman, who are basically just really strong mortals with a lot of impressive technology at their disposal, in addition to fancy-looking costumes.

Does the non-supernatural aspect of a superhero like Batman change the way we view him? Does it lead some people to think they could actually be Batman?

If you can present it as a question, you can bet there's an academic who's studied it, and these questions are no exception. Professor of kinesiology and neuroscience E. Paul Zehr, author of the new book, Becoming Batman: The Possibility of a Superhero, has looked at the more human aspects of Batman.

"There isn't really a big research program on superhero training that you could tap directly into," Zehr says wryly. He says he tried to apply research about exercise training to Batman. The superhero can't stop trains with his bare hands; his physical prowess is more like that of top athletes. The problem, Zehr says, is that he is shown to be the fastest and strongest over a wide spectrum of activities, and that's not realistic. "You can't actually be the best at all those things all at one time," Zehr says. "Your body just doesn't work like that."

Still, Batman's talents are human, and very much in keeping with the idea that comic artist Bob Kane had when he originally created Batman in 1939. "Every person that doesn't have superpowers could relate to Batman a lot easier than they could to Superman," Kane, who died in 1998, said in a 1990 Fresh Air interview. "In other words, you didn't have to come from another planet to be a superhero. All you had to do was be born rich and build your body to perfection and have the urge to go out and fight crime."

In fighting criminals, Zehr notes, Batman has imposed very human limits on himself. For example, he won't use lethal force. "He won't use a gun, he won't use the same weapons they use. So he's kind of fighting an uphill battle all the time, so he has to be even that much better."

Zehr says Batman's struggles and failures also serve to make him more real to us. "One of the things that is quite bizarre about human beings is we like to knock down our idols, the human ones in particular," Zehr says. "We like to see them perform really well, but we also seem to leap up and want to watch the feeding frenzy when something happens that's maybe not so good." 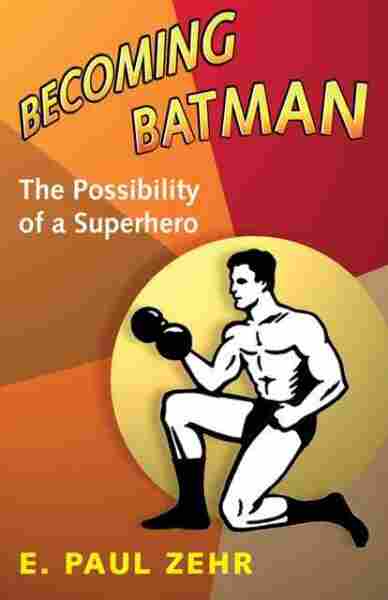 The Possibility of a Superhero