Accessibility links
Al Gore: 'We Need A New Start' The former vice president and Nobel Peace Prize winner speaks with host Neal Conan about his major address on energy and global warming in Washington, D.C., on Thursday and how America can make a giant leap for humankind. 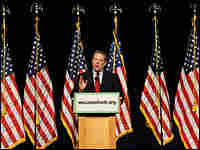 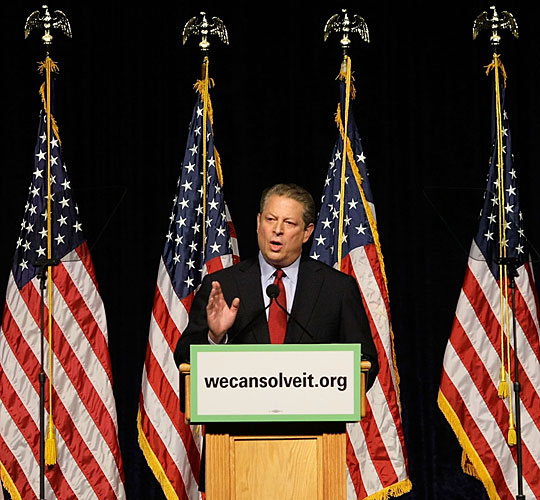 Al Gore speaks at Constitution Hall in Washington, D.C., about his vision for America's energy needs.

Al Gore, former vice president and Nobel Peace Prize winner, follows a major address on energy and global warming in Washington, D.C., on Thursday, by talking with Neal Conan and callers about how the United States can fix a host of problems by focusing on renewable energy.

In his speech, Gore tied reliance on foreign oil to various issues, including the worsening shape of the economy, increasing gasoline prices and electricity rates, mortgage pressures and banking problems.

Gore implored Americans to commit to "changing not just light bulbs, but laws," adding that he believes America must produce all of its electricity from renewable and carbon-free sources within 10 years. It's a goal he likened to President Kennedy's challenge for the country to put a man on the moon in the 1960s.