Accessibility links
Carol Levine, Championing The Caregiver's Cause Health care advocate Carol Levine has looked out for the interests of the housebound both at work and at home. For 17 years, she cared for her husband, who had been seriously injured in a car accident. He died recently, and Levine is left coping with a renewed sense of loss. 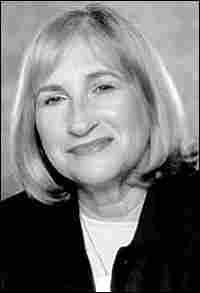 Levine's previous specialty was AIDS policy, but she has spent most of her time at the United Health Fund advocating for caregivers. Vanderbilt University Press hide caption

For 17 years, home health-care advocate Carol Levine never truly left her job. Levine spent her work days at the United Hospital Fund, focusing on the needs of family caregivers. When she came home, she devoted her time to caring for her housebound husband, who was seriously injured in a car accident in 1990.

In 2007, Levine's husband died. It was, she tells Terry Gross, as if she had lost her husband twice: once in the accident, and then once again when he actually died.

Levine is the Director of the Families and Health Care Project of the United Hospital Fund. She also directs The Orphan Project: Families and Children in the HIV Epidemic, which she founded in 1991.

From 1987 to 1991, Levine was the director of the Citizens Commission on AIDS in New York City. She also served as a senior staff member of The Hastings Center, where she edited the Hastings Center Report. She received a MacArthur Foundation Fellowship for her work in AIDS policy and ethics in 1993. 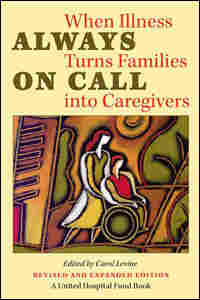 Meet Marjorie, who could be your friend, neighbor, sibling, client, or you yourself. (She is fictional, so she could also be Mark.) She has been worried about her mother's failing memory for some time; now Florence, her mother, has broken her hip after falling in the bath¬room. Florence has had successful surgery and is coming home from the hospital. She needs considerable assistance with her exercises, with medications and special diets for her pre-existing diabetes and heart disease, and with money management and household chores. Marjorie has already been helping out quite a lot, but her mother's level of need has increased dramatically. And it will go on increasing because, after all, Florence is 88, and being in the hospital seems to have made her more anxious and fearful.

The home care agency that is providing a few weeks of post-surgical care considers Marjorie the "responsible party," meaning that she will have to take charge if the home care aide does not show up or some other problem occurs. Researchers and policy makers consider Marjorie an "informal caregiver," because she is unpaid, although she is expected to perform the same tasks as a professional nurse and physical therapist. Secretaries and clerks at the various offices and agencies involved in Florence's care consider Marjorie "the daughter," that is, her mother's agent in providing documentation, arranging payment, and making and keeping appointments.

The other people in Marjorie's life have also responded to her preoccupation with her mother. Marjorie's husband thinks she is spending too much time with her mother and too little with him and their three children, one of whom is a teenager going through difficult times. He doesn't like to bring it up, but Marjorie is also spending a lot of money for items her mother needs that are not covered by Medicare. Marjorie's employer is sympathetic but concerned because she takes so much time off from work and seems distracted even when she is on the job. Marjorie's friends tell her she is a "saint," but among themselves comment on how tired she looks and how she never seems to have time for lunch or a movie or even a phone call. Marjorie and Florence belong to the same church, and the minister comes to pray with Florence. He tells her how blessed she is to have such a good daughter, but he never asks Marjorie how she is coping with all the added responsibilities.

And what of Marjorie herself? She hardly has time to think about it, but she wants to be everything to everyone—a dutiful daughter, a loving wife and mother, a valued employee, and a good friend. She also has her own private interests and projects. Yet the role she has taken on with love, but without realizing the consequences to herself or others, does not easily allow for all her competing responsibilities.

In the past few years, family caregiving has moved onto the health pol¬icy and professional practice agendas in new and urgent ways. This book is about family caregivers and also about health care and social service professionals and how they can provide much-needed assistance, advocacy, and advice.

Marjorie is a "family caregiver, a person who provides essential, unpaid assistance to a relative or friend who is ill, elderly, or disabled. The two parts of the term are equally important. "Family" denotes a special personal relationship with the care recipient, one based on birth, adoption, marriage, or declared commitment (Levine 1991). "Caregiver" describes the job, which may include providing personal care, carrying out medical procedures, managing a household, and interacting with the formal health care and social service systems on another's behalf. Caregivers are more than the sum of their responsibilities; they are real people with complex and often conflicted responses to the situations they face.

As the narratives in the following chapters poignantly demonstrate, family caregivers may feel isolated, but they do not exist in isolation. Although typically considered part of the private realm of intimate relationships, family caregiving is greatly in¿uenced by the cultural, political, and economic contexts of American society, all of which are dramatically changing families themselves. While family is a basic organizing structure of all human societies, definitions of family have varied throughout history and by culture. American society today is made up of many different types of families—multigenerational, biracial, nuclear, blended, adoptive, gay and lesbian partners and their children, and others.

Equally dramatic are the changes in U.S. demographics and health care. Although in earlier eras some individuals lived to great old age, the average life expectancy was decades less than it is now. Since 1900 the proportion of Americans aged 65 and older has more than tripled, from 4.1 percent to 12.4 percent in 2000 (U.S. Census Bureau 2001). In absolute terms, the number has increased from 3.1 million to 35 million. And the oldest of the old are increasing at an even higher rate. In the 1990s the most rapid growth, 38 percent, occurred among the very oldest—those 85 years and up—although this group still accounted for just 12 percent of the total population age 65 and up. More than half of older Americans, 53 percent, were between ages 65 and 74; 35 percent were 75 to 84 years old. Although the aging of the population is a national phenomenon, the number of older people, and thus of caregivers, varies from state to state. Some states are also more clearly a¿ected than others by older adults' comprising larger proportions of their populations, beyond absolute numbers. Of the ten U.S. cities with populations of 100,000 or more and the greatest proportion of their residents 65 and older, for example, six are in Florida.

Old age does not necessarily equate with frailty or illness, but it does certainly bring with it an increase in diseases of aging, especially Alzheimer's; the older one gets, the more likely one is to have chronic illnesses or disabilities such as congestive heart failure, severe arthritis, or the sequelae of stroke. In the past, "nature" limited the need for caregiving; until the age of antibiotics, most people who suffered severe trauma or serious illness either got better on their own or died. But in the twentieth century, the advent of scientific medicine and the benefits of research, public health measures, and better nutrition and safer jobs enhanced and extended lives. Recent successes of acute care medicine—in the care of newborns and trauma patients, for example—have also created a population of adults dependent to unprecedented degrees on technology and on other people for basic survival. 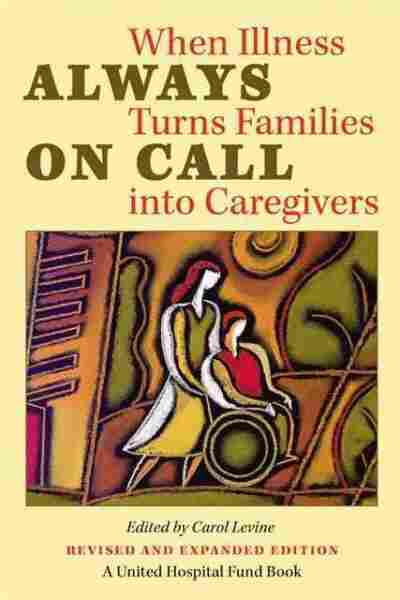 When Illness Turns Families Into Caregivers