Accessibility links
Interpreter Details Detention In 'My Guantanamo' After the terrorist attacks on Sept. 11, 2001, Mahvish Rukhsana Khan — whose parents are Afghan immigrants — wanted to do something that would help both America and Afghanistan. She became an interpreter for lawyers representing detainees at Guantanamo Bay.

Interpreter Details Detention In 'My Guantanamo'

Talk about 'My Guantanamo' on Blog of the Nation.

After the terrorist attacks on Sept. 11, 2001, Mahvish Rukhsana Khan — whose parents are Afghan immigrants — wanted to do something that would help both America and Afghanistan. She became an interpreter for lawyers representing detainees at Guantanamo Bay. Khan has chronicled her experiences in a new book, My Guantanamo Diary: The Detainees and the Stories They Told Me.

"It's easy to mistreat something called No. 1154," Khan writes. "It's easy to shave its beard, to kick it around like an object, to spit on it, torture it, or make it cry ... It's harder to hate No. 1154 when you realize that he's more like you than he is different." 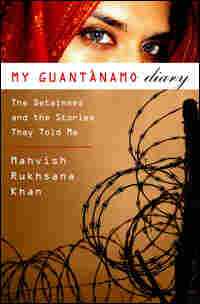 The prisoner was standing at the far end of the room behind a long table. His leg was chained to the floor beside a seven-by eight-foot cage. He looked wary as the door opened, but as our eyes met and he saw me in my traditional embroidered shawl, a smile broke across his weathered features. I smiled back and gave him the universal Islamic greeting:

"As-salaam alaikum — May peace be upon you."

"Walaikum as-salaam — May peace also be upon you," he responded.

With that, I shook hands with my first "terrorist."

He was a handsome, soft-spoken man with a short, neatly groomed beard. His once-dark hair was heavily flecked with gray. He was dressed in an oversized white prison uniform. I thought he looked much older than his forty-six years — closer to sixty or seventy.

His name was Ali Shah Mousovi. He was a pediatrician and the son of a prominent Afghan family from the city of Gardez, where he'd been arrested by U.S. troops more than three years earlier. He had returned to Afghanistan in August 2003 after twelve years of exile in Iran, he told us, to help rebuild his wathan, his homeland.

There was a ceiling camera in the cage to the right of our table, into which Mousovi was put before and after our meetings and at lunchtime. We'd been told that the camera was there for our protection. I wondered what could happen to us in a room with a prisoner who was shackled to the floor.

Attorney-client meetings at Guantanamo are supposed to be privileged and confidential, and the base captain had told us that morning that because the camera was located inside the cage, it couldn't pick up images of the legal papers laid on the table. He also told us that the camera wasn't recording us and didn't have audio, so we shouldn't worry about the military listening in on our conversations. I wondered about that.

As I translated from Pashto, Mousovi hesitantly described his life since his arrest. He had gone back to Gardez in August 2003 and remembered the small crowd of well-wishers who came out to greet his car as it jostled down the rocky mountain road into town. Sixty or eighty people, maybe more, rushed to meet him. They threw their arms around him, grateful for the return of professionals to Afghanistan.

In the coming days, he, his brother Ismail, and his cousin Reza, who were also physicians, planned to open their clinic. Once it was up and running, the men would fetch their families from Iran. Instead, on his second night in Gardez, American soldiers broke down the door to Mousovi's family guesthouse and took him away. He was accused of associating with the Taliban and of funneling money to anticoalition insurgents.

After his arrest, he spent twenty-two days in a makeshift outdoor jail in Gardez under constant interrogation and without the opportunity to shower or bathe. Then, he had been transported by helicopter to Bagram Air Force Base in Afghanistan. There, he was thrown into a tiny three-and-a-half-by-seven foot shed—face down, blindfolded, hooded, and gagged. Lying like this, he said, he was kicked in the head repeatedly.

At some point, his jailers cut the clothes off his body, and he squirmed, trying to cover himself. "This is American soil," he was told. "This is not your soil. You will obey us." He had become a stranger in his own land: the soil had changed beneath his feet. Twenty miles from Kabul, he was apparently no longer in Afghanistan.

Obeying, he had quickly learned, meant not resisting.

He described how he was beaten regularly by Americans in civilian clothing. More painful than the bruises and wounds that covered his body were the unbroken days and nights without sleep. Tape recordings of screeching sirens blared through the speakers that soldiers placed by his ears. His head throbbed. Whenever he managed, mercifully, to doze off, he'd be startled awake by wooden clubs striking loud blows against the wall. He recalled the sting as he was repeatedly doused with ice water. He said he was not allowed to sit down for two weeks straight. At some point his legs felt like wet noodles; when they gave out, he was beaten and forced to stand back up. He couldn't remember how many times this happened.

In rotating shifts, U.S. soldiers periodically kicked and beat him and the other prisoners. Some yelled things about September 11. Others spat on him. Many cursed his mother, sisters, and other family members. They cursed his nationality and religion. He wanted to stand up for his loved ones and for himself as the young soldiers swore obscenities at him, but he could only groan as the hard boots slammed into his throbbing head.

"Many of the Afghans did not understand the terrible things they were saying," he told us, "but I understood." He used to understand English well, he said, but years of abuse and sleep deprivation had taken a toll on his memory.

Peter scribbled notes furiously as the doctor spoke, describing how soldiers had tied a rope around him and dragged him around through dirt and gravel. He said he was subjected to extreme temperatures of heat and cold. Sometimes he was kept in complete darkness for hours and then made to stare into intense bright light. He was made to stand endless hours of the night in uncomfortable positions. He was punished if he looked to his right or to his left. Each moment, he believed, could be his last.

And with every blow, he would repeat to himself, "La-illahailla-Allah — There is no God but God."

These words are the first words a Muslim hears upon his birth and often the last words spoken before he dies. When a baby is born, the doctor or the father utters this prayer into the crying infant's ear. On the threshold of death, a doctor or family member often urges the dying person to speak these final parting words. And afterward, the family will echo this prayer as the deceased is laid to rest.

"La-illaha-illa-Allah, Mohammad-an-rasul Allah — There is no god but God, and Mohammad is his messenger."

Mousovi said he didn't know why he'd been brought to Guantanamo Bay. He believed that someone had sold him to U.S. forces to collect a reward of up to $25,000 for anyone who gave up a Taliban or al-Qaeda member. Perhaps his political opponents had given false reports to the Americans to prevent him from running for parliament. He could only speculate. He insisted that he was simply a doctor who wanted to help rebuild his country.

From the book My Guantanamo Diary by Mahvish Rukhsana Khan. Reprinted by arrangement with PublicAffairs, a member of the Perseus Books Group. Copyright © 2008. 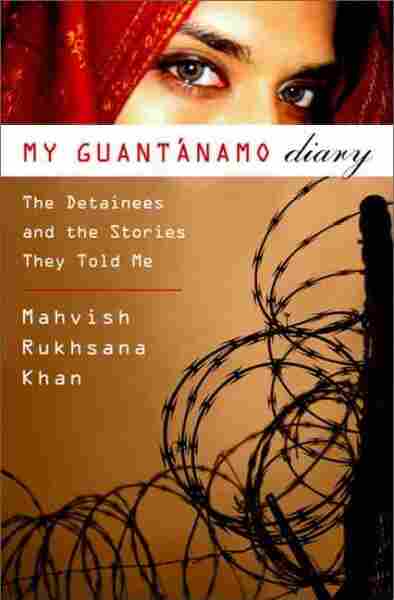 The Detainees and the Stories They Told Me