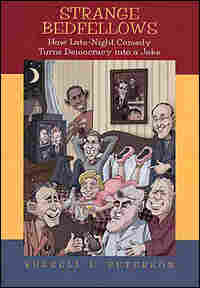 It's a chilly night in late February 2006. Slide under the covers, fluff up your pillow, and grab the remote. (Click.) "The White House has given permission for a company owned by the government of Dubai [United Arab Emirates] to run six U.S. ports, including the Port of New York," says Jay Leno. "What's next, we'll put Mexico in charge of immigration? How about Dick Cheney in charge of gun safety? Courtney Love in charge of Olympic drug testing?"

Turn the channel. (Click.) David Letterman says letting Dubai run the ports is "like telling Kirstie Alley to keep an eye on the buffet."

(Click.) CNNs Anderson Cooper is soliciting the opinion of Congressman Peter King (R, NY), who finds himself in the awkward position of opposing a president of his own party. While King is careful to say "a full investigation may show the company can be trusted" (as President George W. Bush has been insisting), he can't help noting that the UAE was, "you know, one of only three governments in the world to recognize the Taliban."

(Click.) Stephen Colbert says Bush supported the Dubai deal—which, while at least arguably sound policy, was politically tone-deaf—because he was thinking with his brain rather than his "gut." "We all know he's not a brain thinker," Colbert explains. "He doesn't make decisions based on facts." ("Makes Facts Based on Decisions," a bullet point on the right side of the screen retorts.)

(Click.) Chris Bury begins Nightline's port report by noting that the "controversial deal to sell the American port operations of a British company to one owned by the government of Dubai may mask far more serious risks." (Off.) Time to go to sleep (if you can).

Politics, says the old cliché, makes strange bedfellows. So too with comedy and news; yet in the bleary late-night haze the twenty-four-hour urgency of CNN, Fox, and MSNBC blurs into the bubbling frivolity of Jay and Dave and The Daily Show in a strangely intimate way. It would be too glib simply to say that you can no longer tell where the news leaves off and the comedy begins, though in fact there are plenty of people saying just that. A survey conducted by the Pew Center for the People and the Press in 2004 found that 61 percent of people under the age of thirty got some of their political "news" from late-night comedy shows. This survey (which the Pew people have conducted in each presidential cycle since 1996) has provided the premise for a number of news stories raising concerns about the younger generation's information diet: by getting information directly from topical comics, the metaphorical argument goes, they are skipping their spinach and going straight for the pumpkin pie.

At the same time, the nutritional value of the news itself has come into some doubt. News programming is, according to the consensus, becoming almost indistinguishable from entertainment programming. With its snappy theme songs, soap-operatic continuities (Laci Peterson, runaway brides, the life and death of Anna Nicole Smith), and a cast of characters ranging from photogenic newsreaders to egomaniacal pundits, contemporary television journalism rivals, in its shallowness and sensationalism, the finest works of the late Aaron Spelling. From the parapets of the Pew Center and other such watchtowers of serious discourse, the prospects for maintaining an informed electorate look bleak indeed. On the one hand, it's terrible how people choose entertainment over the news; on the other hand, what news?

The individual viewer, however, might see the blurring of the info/tainment boundary from a different perspective and ask: what difference does it make? The news says the system is broken, our leaders are crooks, and there's not a damn thing I can do about it. Comedians tell me the same thing, but at least they do it in a funny way. A vicious cycle of trivialization and cynicism is set in motion: people are focusing on the wrong things (Tom Cruise's sex life, high-speed car chases, American Idol), but the things they should be paying attention to (global warming, the trade deficit, the terrorist threat) are so beset by special-interest influence, partisan gridlock, and leaders who put their political survival ahead of the public good—that knowing about them wouldn't help anyway. Hell, we might as well laugh—gimme that remote.

Yet late-night comedy does more than simply induce apathy and dumb down our discourse. It adds its own dimensions to the interpretation of current events, even as it shuts out others. Turn back to the Dubai port story—which, while it has been superseded by other insomnia-inducing threats, was a major scandal at the time—and consider the varying perspectives behind the responses. Take Letterman: by invoking Kirstie Alley, the formerly svelte star of Fat Actress, he gives the somewhat abstract notion of port security a recognizable shape and offers the audience a laughable absurdity in place of a maddening one. Leno's joke is similar, but it also relates the port controversy to an array of other contemporary issues—or media obsessions.

Colbert contextualizes the story in a more explicitly political manner, framing Bush's port position in a way that raises larger questions about his approach to governing and his relationship to the conservative media Colbert pretends to represent. Leno and Letterman give shape to the public's rage; Colbert offers incisive analysis, though it is coated with a layer of silliness.

Meanwhile, though they are richer in factual detail and thoroughly serious in tone, it is far from clear that the news accounts serve their audience better. Cooper's CNN segment does little beyond allowing Congressman King a bully pulpit from which to delineate (carefully) his differences with the president, while Nightline's "hidden threat" approach puts fear-mongering ahead of any higher journalistic purpose. News informs, yes, but it also spins and sensationalizes. Comedy trivializes, but it also offers catharsis and, occasionally, insight.

Topical comedy, in short, is not simply an inadequate substitute for the news; for good and for ill, it adds something of its own to our understanding of current events. Moreover, the problem is less that we pay it too much attention than that we don't pay it enough; after all, a joke—as Aristotle, Sigmund Freud, Henri Bergson, and the myriad other "serious" thinkers who have turned their minds to such matters would tell you—is rarely just a joke. On the one hand, not all late-night political humor deserves to be called "trivial." On the other hand, not all of it deserves to be called "political." (Some of it doesn't even deserve to be called "humor.") We ought to consider the subject in all its complexity. Above all, we ought to understand it for what it is, not just for what it isn't. Rather than simply dismissing this phenomenally popular genre as a symptom of civic decay or a cause of electoral apathy, we ought to be asking: what are we laughing at, and why? 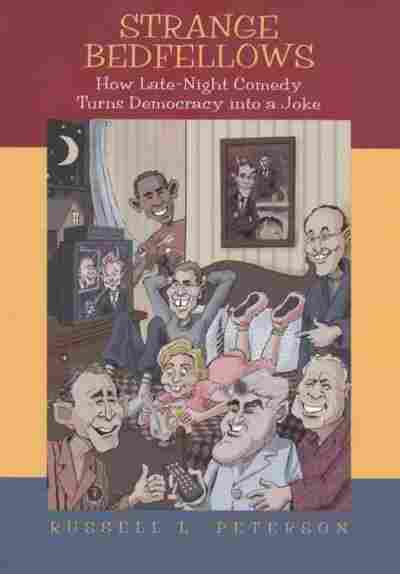 How Late-Night Comedy Turns Democracy into a Joke