Accessibility links
Massachusetts Steps Forward On Health Coverage In the most closely watched health care experiment in the United States, Massachusetts is requiring nearly all of its citizens to have insurance. Support remains strong for the program, and the number of uninsured has dropped by half.

The most closely watched experiment in U.S. health care is under way in Massachusetts. Nearly everybody in the state is now required to have health insurance — or pay a tax penalty.

Massachusetts enacted its new health law in mid-2006 and has been phasing it in since. There's real progress to report. More of the uninsured have signed up than expected. Support remains broad and strong.

But there have been glitches. And unless the federal government comes through with financing for the next phase, the experiment could still fall off the tracks.

The Price Of Complication

Anytime you start with the complex U.S. health system as it is and try to plug its gaping holes, you're going to end up with something very complicated.

That's what is happening in Massachusetts. And yes, Massachusetts health reform is very complicated. It's actually a collection of new programs:

-- A big expansion of Medicaid to include all children in families earning less than three times the federal poverty level ($63,600 for a family of four;

-- Expansion of Medicaid for adults — the long-term unemployed, disabled people, and those with HIV; 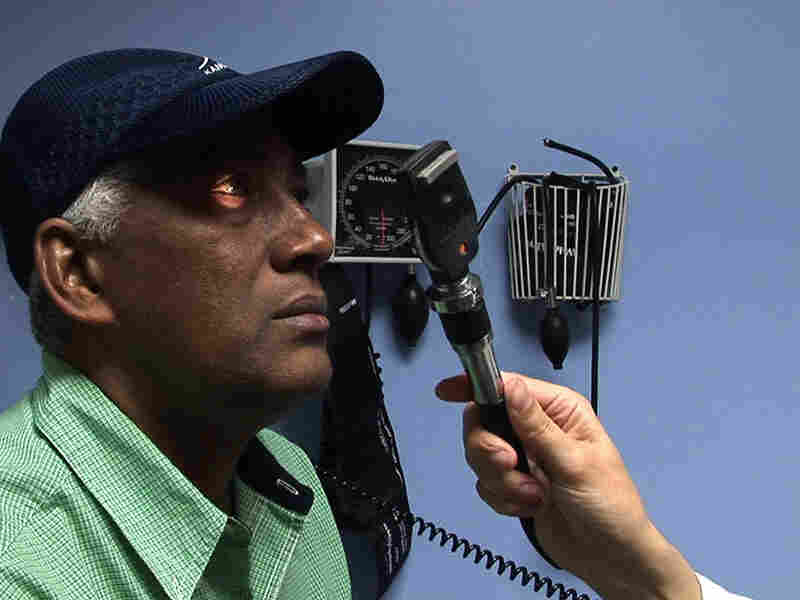 -- Subsidized coverage for people earning under three times the poverty level — so far about 170,000 of the newly insured, the largest group in this category, qualify;

-- Upgrades of coverage for everybody who already has insurance. Beginning in January 2009, coverage must include prescription drugs, and caps on deductibles and out-of-pocket costs.

Driving the whole thing is a new state requirement that all residents over 18 must have insurance — or pay a penalty of up to $912 on their annual income taxes.

The only exceptions are those who can't find an insurance policy that's "affordable" — no more than 2 to 10 percent of their gross annual income. About 60,000 people are expected to be exempt this year, but the number could rise if the cost of insurance keeps going up faster than people's incomes.

So far, the Massachusetts law has exceeded its targets. Enrollment is running a year ahead of projections. The number of uninsured has dropped by more than half.

Most of the newly insured are people who are poor or near-poor. Analysts say people's unmet health care needs have dropped substantially. Fewer people are hit by large medical bills and fewer are reporting trouble paying their bills.

Nearly three out of four people think the new law has been a success, according to a recent poll of 1,015 randomly selected Massachusetts adults conducted by the Harvard School of Public Health for the Blue Cross Blue Shield of Massachusetts Foundation. Most people in the survey support requiring people to have health insurance. A large majority favor subsidizing premiums for low-income people.

On the other hand, the program's very success means that costs are running hundreds of millions of dollars higher than projected. In some parts of the state, newly insured people report trouble finding a doctor with appointment slots. Some people who have tried to get insured have run into maddening bureaucratic snags. Others who were signed up have found themselves disenrolled for no apparent reason.

One of the biggest challenges is persuading younger adults to buy coverage. According to a recent study in the journal Health Affairs, most who are still uninsured are young males with low incomes and good health.

Despite the problems, the costs, the challenges, most Massachusetts residents want to see the law continued. Only one in eight favor repeal.

The fate of the experiment rests with the Bush administration. The federal waiver that was needed to launch the Massachusetts reform expired on June 30, but has been extended temporarily. The federal government supplies substantial subsidy — about $360 million in fiscal 2009. The state has applied for a three-year renewal of the waiver, and negotiations are ongoing.

Close observers say the decision could go either way.