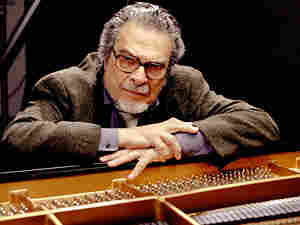 At age 80, Leon Fleisher is still at the piano, the instrument that has been the source of both triumph and pain. courtesy of the artist hide caption

Pianist Leon Fleisher turns 80 years old today. He's considered one of the great pianists of the past century, although for a significant portion of his career he was forced to play with only one hand.

Fleisher, at the height of his career in the early 1960s, was hailed by one great conductor as "the pianistic find of the century." But then a pianist's nightmare struck: A repetitive-motion injury (later diagnosed as focal dystonia) caused the fingers of his right hand to stiffen and fold. It was an enormous blow, but Fleisher eventually found his way through by teaching, conducting, and playing repertoire written especially for the left hand. Finally, after nearly 30 years of treatments, Fleisher returned to playing with both hands.

Tim Page, a Pulitzer Prize-winning critic and professor of music and jounalism at the University of Southern California, picks some of Fleisher's finest recordings, highlighting the great musician in both stages of his amazing career. 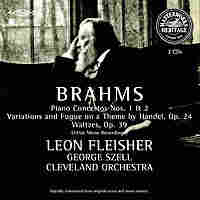 What I admire about this Brahms recording is the chance to hear Fleisher and conductor George Szell working together. In many ways, they were much alike as musicians, and brought out the best in each other. Even in the most romantic music, there was always a strong sense of classical rigor. When the piano enters, in the opening movement, it's kind of a surprise. Here, it sounds almost understated but it is charged with tension. It's a very beautiful rendition, yet almost claustrophobic in its nervous energy, and I think that's what this opening should sound like. 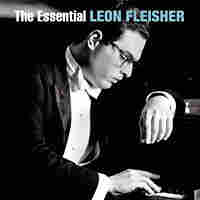 The first time I heard this music, I burst into tears. It somehow seems to start from a point above the battle, beyond human joys and sorrows. Fleisher's performance has an extraordinary serenity and enormous lyricism, and yet it's always plausible on a formal level, which is something you don't always find in performances of this sonata. Some people just let it go on and on, but with Fleisher you have a sense, almost from the outset, that there's a clear beginning, middle, and end. 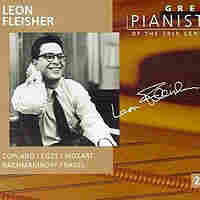 I chose the Copland Sonata because it's one of Copland's greatest pieces. What amazes me about the finale of the sonata is how absolutely pure and distilled it is, down to this very beautiful quietude that it ends with, which after a considerable amount of dissonance, sounds almost like a strange, disembodied afterglow. It should be remembered that Fleisher actually performed works by living composers, and played an active part in the intellectual life of American music of his time. 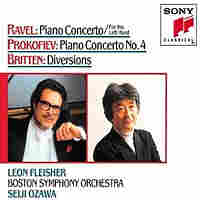 Piano Concerto in D major (for the left hand)

Concerto for the Left Hand

It's a tragedy, but it is true, to say that the Concerto for Left Hand could have been written for Fleisher since he didn't have control of his right hand for a long, long time. It's nice to hear the sense of freedom and virtuosity that Fleisher brings to this piece, because at the point when this recording was made, the left was the only hand he could use. There's a certain sense of "I'm doing it, I'm still playing piano!" when you listen to this, that is curiously -- or maybe not so curiously -- triumphal. 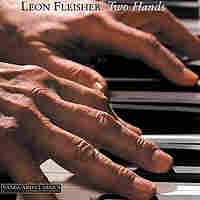 This might be my favorite recording of Fleisher's. I think he just plays it magnificently. It's crystalline, yet full of feeling. It's "romantic" Bach, as it's played on the piano, and yet it's absolutely faithful to Bach's own structures. Fleisher plays it with such amazing tenderness, such joy in squeezing beauty out of every single phrase. I put on this recording when I need some sense of real deep and abiding peace, because it always provides it.