Accessibility links
In A Photoshop Age, Can You Believe Your Eyes? As it gets ever easier to doctor images, will the photograph lose its credibility? A digitally manipulated photo of an Iranian missile launch recently made its way onto major news Web sites, raising concerns about whether images can be trusted. Guests discuss the long history of altered images.

Listen
In A Photoshop Age, Can You Believe Your Eyes?

In A Photoshop Age, Can You Believe Your Eyes?

Have you become less trusting of images in the news?

As it gets ever easier to doctor images, will the photograph lose its credibility? A digitally manipulated photo of an Iranian missile launch recently made its way onto major news Web sites, raising concerns about whether images can be trusted. Guests discuss the history of altered images — which stretches back long before digital editing software.

Hany Farid, professor of computer science at Dartmouth, specializing in image forensics; author of the article "Photo Tampering Throughout History"

On The Smoky Trail Of A Faked Missile Photo

Folkenflik talks about the doctored photo with Renee Montagne. 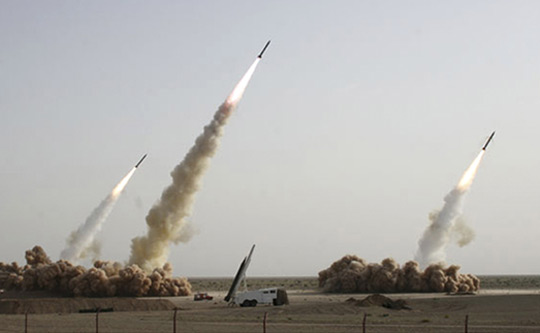 Two images were made available Thursday by Sepah News, owned by Iran's Revolutionary Guards. The first one shows three missiles.

The second photograph was apparently altered to add a fourth missile lifting off, according to defense analyst Mark Fitzpatrick. Sepahnews.com/AP hide caption 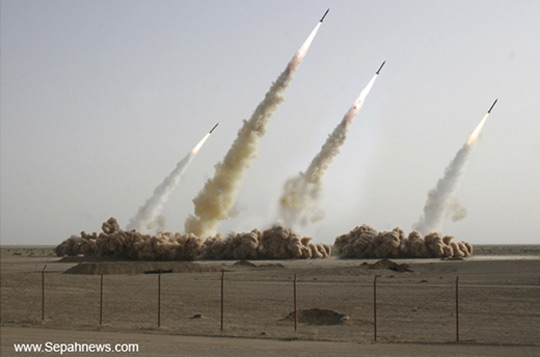 The second photograph was apparently altered to add a fourth missile lifting off, according to defense analyst Mark Fitzpatrick.

As the old joke goes, who are you going to believe — me or your own eyes?

Apparently, when a photograph comes from the public relations wing of the Iranian Revolutionary Guards, it pays to be very, very careful about believing your own eyes.

Earlier this week, the Iranians tested missiles — they weren't new, mind you, but the test seemed intended by the Iranians to flex a little military muscle amid tensions with Israel and the United States over its nuclear program and amid conflicting signals sent by Iranian leaders over how combative they really want to be.

Iran controls the media tightly by Western standards, and news organizations eagerly snapped up a picture of four missiles fired in the air when Agence France-Presse sent it around the world. Here in the U.S., AFP's photos are distributed by Getty Images. The photo appeared on many American and foreign news Web sites, including USAToday.com and NYTimes.com on Wednesday, and on front pages of major newspapers Thursday morning, including the Los Angeles Times, the Financial Times, The Baltimore Sun, The Boston Globe, the Chicago Tribune, The Seattle Times and others.

Unfortunately for them, only three missiles made it off the ground. The fourth — despite photographic evidence to the contrary — appears to have stayed put.

The California-based Web site Little Green Footballs — the same site that did so much to unravel the memos behind the botched 60 Minutes story on President Bush's military service record — posted an item about it a bit past 9 p.m. ET on Wednesday, calling the picture a "Photoshop fake."

But The New York Times' foreign photo editor, Patrick Witty, was already on the case. On Wednesday, he rushed into the Times' 4 p.m. meeting, where editors decide what will appear on the next morning's front page, to warn them that the photograph appeared to be doctored.

According to Michele McNally, the Times' assistant managing editor for photography, the two of them and some colleagues easily reproduced the image of the faked fired missile, the second from the right in the photo, through what's called "cloning" — the photographic equivalent of cut and paste. They raised questions with Agence France-Presse, but it took until Thursday morning for the Times to receive enough satisfactory answers to post the results of their own analysis and reporting.

Some journalists blamed AFP for failing to screen the handout from the Iranian Revolutionary Guards media service, called Sepah News. But others, such as Ken Lyons, the front-page photo editor for The Denver Post, blame themselves.

"Oh, I hate days like this," Lyons told Photo District News, a trade publication. "It was right there in front of me. I should have seen it."

McNally of the Times tells NPR the lesson is this: eternal vigilance.

Some ways that can be done:

First, consider the source. AFP, a professional news outlet, did not take the image — it was taken by the propagandists for a foreign power's military.

Second, even stringers or photographers abroad may have grown up in cultures without free presses or especially rigorous standards about accuracy. Others may think it is OK to stage scenes captured in photographs. Photography is journalism, like reporting: It requires pinning down the facts.

Third, because computer programs like Photoshop make manipulation so easy, attention must be paid. The Times' McNally says her colleague Witty instantly thought of the dismissal of a Reuters photographer two years ago when it became evident he had made an Israeli airstrike on a target in Lebanon appear more deadly than it really was by magnifying the smoke appearing in the picture.

That's particularly true given that news organizations are increasingly seeking video footage and photos from their readers, who may well have the skill and dedication to capture newsworthy events but whose loyalties or knowledge of journalistic principles aren't always fully known.

And fourth, even staffers for news organizations themselves have been found to alter photos. The Los Angeles Times dismissed a photographer in 2003 after he was found to have doctored pictures from Iraq.

Not a comforting thought in an era of shrinking newsroom budgets. Those cuts could mean there may well be fewer people to double- and triple-check facts and Photoshop-enhanced pictures.