Accessibility links
Economic, Political Problems Rising In Pakistan Five months after a new democratically elected government swept into power, Pakistan is facing a deep crisis and widespread criticism that nobody seems to be doing anything about the problems. 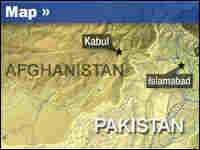 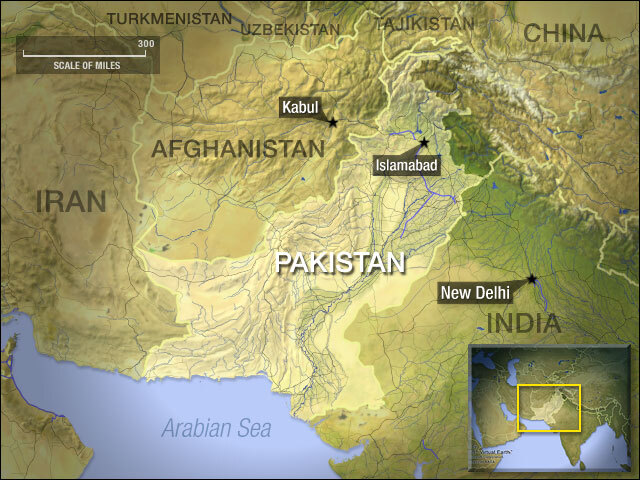 The economy is in shambles: rampant inflation has forced sharp hikes in the cost of basic staples and fuel, there is a huge fiscal deficit and the stock market has plummeted. There are persistent electricity shortages, ongoing violence and intimidation by Islamist militants in Pakistan's tribal areas. There is also widespread criticism that nobody seems to be doing anything about the problems.

"There's a feeling of what the hell is going on? Who's in charge?" says Sen. Mushahid Hussain Syed, the general secretary of the Pakistan Muslim League-Q, the former ruling party. He says the new coalition government is paralyzed.

Nowhere is direction needed more than in the struggle against the Taliban and other Islamist extremists. The new Pakistani government has not been able to form a strategy to battle the militants, other than saying it will continue trying to negotiate peace deals.

The U.S. wants Pakistan to take military action. For the past few years, the White House was able to work with one man, President Pervez Musharraf. But his power has been diminished since his party was resoundly defeated in the Feb. 18 parliamentary elections. It's not fully clear who the U.S. should now turn to.

The coalition government is run by Asif Ali Zardari, the widower of Benazir Bhutto, who was assassinated lin December. But Zardari is not an elected member of parliament and spends much of his time in the Gulf state of Dubai, where he lived for many years in exile.

"The prime minister is not a leader when it comes to policies like this," says Rais. "He doesn't have powers to do anything. He is [an] appointee and doesn't enjoy independent status within the party or outside the party."

Rais says the U.S. also shouldn't expect much from the rest of the coalition government when it comes to the Taliban problem. "There are three or four major coalition partners," he says, "and they appear to be looking at the issue of militancy from different angles, and not that this is a real threat to Pakistan's national security."

The military is looking for a clear mandate from the government before taking action. So far, that hasn't happened.

"There is just lack of political will and determination and commitment on the part of the federal government to work out a policy on this issue." says retired Brig. Gen. Mahmood Shah. He is a defense analyst who spent years working for military intelligence in Pakistan's lawless tribal regions.

There is growing concern that while the government dithers and the military holds back, the Taliban is growing stronger. Government and security officials quietly say that any decisions about taking on the Islamist militants have to come through the ISI, Pakistan's powerful intelligence agency, which has had ties to the Taliban for more than two decades.

Western military officials say the U.S. and the ISI have a tormented relationship.

The number of Taliban attacks on U.S. and NATO allies in Afghanistan is rising, and the Pentagon is putting pressure on Pakistan to stop the cross-border incursion by militants. Syed says, sooner or later, the government will have to be forced into action.

Western military officials say the sentiment should not be lost on Pakistan's new government.