Accessibility links
Composer Introduces A 'Dead' Symphony The Baltimore Symphony Orchestra performs work next week inspired by the music of the Grateful Dead. Composer Lee Johnson, who wrote Dead Symphony No. 6, discusses the piece's origins and talks about learning to become a "Deadhead." 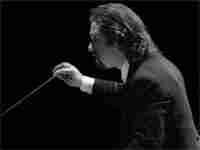 Music From The Symphony 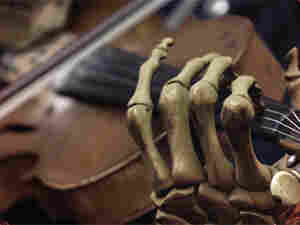 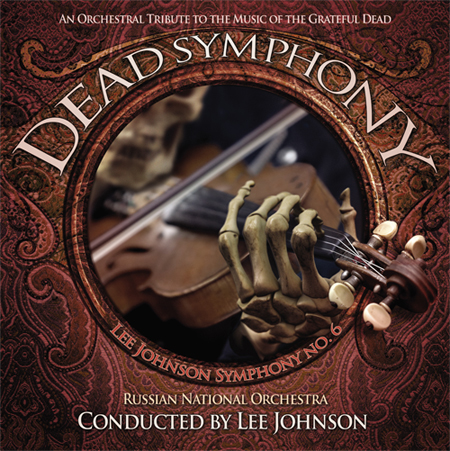 What will symphony orchestras think of next? Next Friday, Aug. 1, the Baltimore Symphony Orchestra will feature the music of — or, at any rate, the music derived from — the Grateful Dead. On what would have been Jerry Garcia's 66th birthday, the BSO will perform an orchestral tribute by composer Lee Johnson. With each movement based on a Grateful Dead song, the work is titled Dead Symphony No. 6.

Johnson spoke to Weekend Edition Saturday's Scott Simon about the piece's origins, in the process describing it as a symphony based on "American culture."

"There's more than one that has participated in this tradition of exploring your time, your place," Johnson says. "I think what the Grateful Dead did is such a part of more than one generation. It's long overdue to be taken as a phenomenon beyond the music itself, and in my case, out came a symphony.

"I didn't start as a Deadhead," Johnson adds. "I just started off working with dead composers of other names."

Johnson says he was initially unfamiliar with the Dead — and knew the group by name only — but he took his time to study the band's music. It was a 10-year process from the original commission to the recording session in Moscow with the Russian National Orchestra, as well as another two years before the premiere.

Much of that time, Johnson says, was spent combing through the Dead's massive repertoire of songs and recordings. "The list was hard to even begin with," Johnson says. "It had to be something that would be flattered by the use of the orchestra, or just fit for further exploration by a composer who had to become a Deadhead through the process of meeting the music first."

Ultimately, Johnson found certain qualities that matched what he was looking for.

"A lot of pop-culture music can be constructed from things that are very limited — [what] some composers would call 'three-chord wonders,'" Johnson says, "and so there has to be enough in the music. What I found by studying Jerry Garcia's songs is that there was a master craftsman at work; with the lyrics and with the message of the song, it would embody enough asymmetry or turns of melody or harmony that left the door open for someone to come in and redirect it."