Scott Simon takes a moment to note that this week Madame Tussauds has unveiled a new wax figure of singer Amy Winehouse. 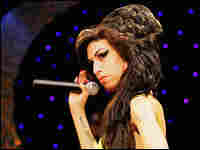 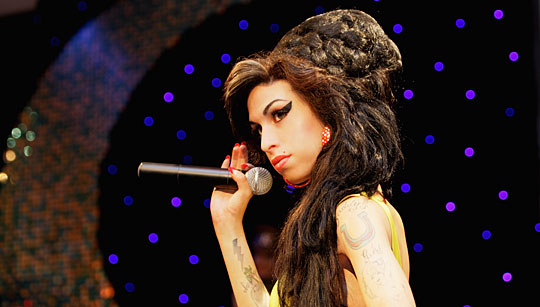 A wax figure of Grammy Award winning singer Amy Winehouse is unveiled at Madame Tussauds in London on Wednesday.

Amy Winehouse has more tattoos than most Hell's Angels, including a lightning bolt, a horseshoe and pin-up girls. Now most of them are on display on her new wax figure, which was unveiled this week at Madame Tussauds in London. The wax Winehouse is also adorned with her tottering beehive hair-do, five-inch heels and a yellow mini-dress, the kind she wore when she won Best Female Solo Artist for the 2007 Brit Music Awards.

Since that time, Ms. Winehouse has become more famous for her personal travails, including reported drug use, public drunkenness and run-ins with the law. But her parents, Mitch and Janice Winehouse, were at Madame Tussauds for the unveiling. And where some people would see just a 6-foot tall wax figure of a troubled celebrity, they saw the 24-year-old daughter who has an extraordinary gift for singing soul music like no one else. They told reporters this is the reward for her musical achievements and her talent.

(Soundbite of song "You Know I'm No Good")

Ms. AMY WINEHOUSE: (Singing) I told you I was trouble, You know that I'm no good.

Upstairs in bed, with my ex boy, He's in the place but I can't get joy, Thinking on you in the final throes, This is when my buzzer goes

Run out to meet your chips and pita, You say when we marry, 'cause you're not bitter