Accessibility links
'Romeo & Juliet' Gets An Update — From 1935 Shakespeare's tragedy — and Prokofiev's ballet — are plenty familiar, but critic Lloyd Schwartz says Mark Morris's new staging isn't: It's based on a forgotten manuscript recently discovered in Russia, and it's truer to Prokofiev's original intent. 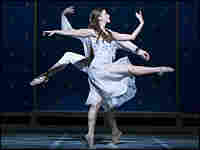 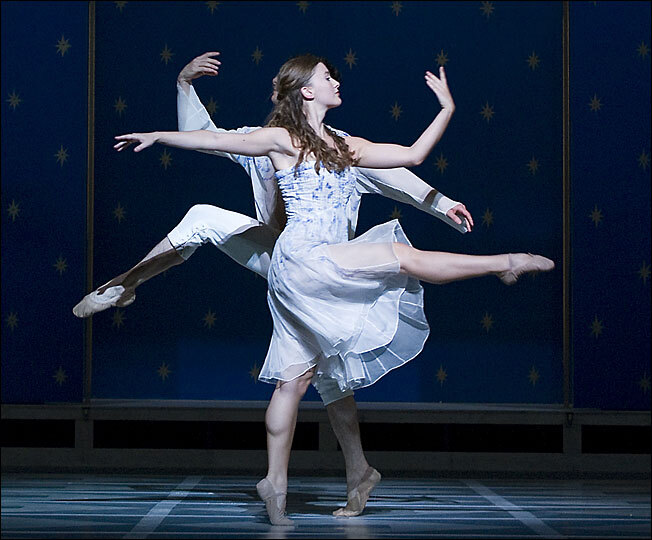 Rita Donahue and David Leventhal perform in the revamped version of Romeo & Juliet.

Shakespeare's tragedy Romeo and Juliet — and the Sergei Prokofiev ballet based on it — are plenty familiar. But as Fresh Air's classical music critic explains, Mark Morris's new staging of the story has a few new twists.

That's because it's based on a forgotten manuscript, recently discovered in Russia. And it's truer to what the Soviet-era composer and his collaborator, dramatist Sergei Radlov, originally envisioned.

This new production differs significantly from the version most of us learned in school. Among other things: It's got a happy ending.

Morris choreographed the ballet to Prokofiev's score. The performance premiered at Bard College on July 4, and is set to tour to Berkeley, Calif.; London; Urbana and Chicago, Ill.; Norfolk, Va.; and New York during the 2008-2009 season.