Accessibility links
Cooking Up Characters From Old Grocery Lists Performance artist Hillary Carlip collects discarded shopping lists. She imagines their authors, transforms herself into them, and goes shopping. In one case, she even created an online dating profile for her character. 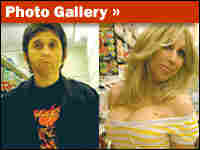 Check out some of the shopping lists Carlip has found and the characters they have inspired. Barbara Green hide caption

Hillary Carlip has agreed to turn one of our user's shopping lists into a whole new character. You can find out how to submit your shopping list here. 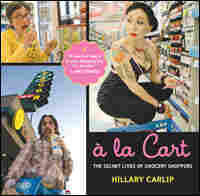 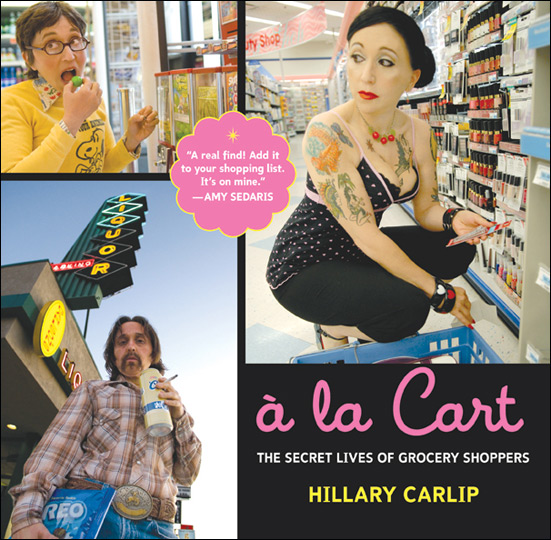 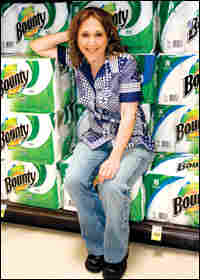 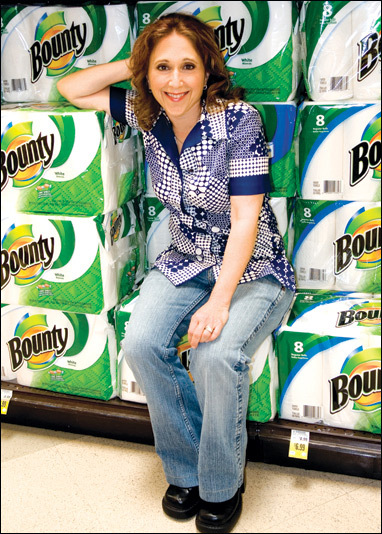 Hillary Carlip as herself.

Going to the grocery store is a pretty mundane activity. But the lists we take to the store can be fascinating specimens of anthropology. At least that's the view of Los Angeles-based performance artist Hillary Carlip.

Carlip has dedicated her life to searching for and interpreting discarded lists, then turning them into characters.

Carlip found her first discarded grocery list in front of the Red Apple Market in New York when she was 15 years old. "On the list were items like Twizzlers, peanut brittle and gum," she says, "and it was on the back of a dental appointment reminder card! And I just thought, OK, there's really something to this."

Since then, Carlip has collected thousands of these lists. She's found them in cities all over the world, usually in the little trash cans behind supermarket registers. Sometimes, she'll even hit the Dumpsters behind the grocery store.

"I've been known to do a little Dumpster diving," she says, if the lists are "on the top and clean and I have protective gloves."

Carlip believes these lists are like little memoirs. Everything — from the items bought, to the handwriting, to the paper used — reveals something about the shopper. And so, she thought, why not bring these lists to life?

At first, Carlip brought them to the stage as performance art. "I would literally get a shopping cart and just go across the stage as these different characters and recite what was on the list," she says.

Then she decided to turn some of them into a book.

For A La Cart: The Secret Lives of Grocery Shoppers, Carlip picked 26 of her favorite shopping lists and created characters for them. She'd decide if the lists belonged to a man or a woman, give the creation a name and determine age, race and sexual orientation.

She went shopping at thrift stores to find just the right clothes for these characters.

Then she enlisted the help of a makeup-artist friend.

In full makeup and costume, Carlip had her picture taken in various settings that reflected each character, from local liquor stores to upscale grocery stores. Carlip also wrote short essays that give a glimpse into each character's life.

There's Derrick, the goth boy, whose list simply includes "mousetraps, cheese, mouse." And Dr. Bloom, whose list written on Prozac stationery leads to a story about a therapist inviting Gloria Steinem over for dinner.

Carlip went to extreme lengths to fill in details of her characters' lives. For Woody, inspired by the shortest and smallest list in the book (just "Coors and Oreos"), she actually composed an online dating profile and posted it on the site eHarmony. He still gets e-mail queries to this day, she says.

Woody and the other characters in A La Cart have been such a success, Carlip's now in talks to turn her shopping list shtick into a series for television. 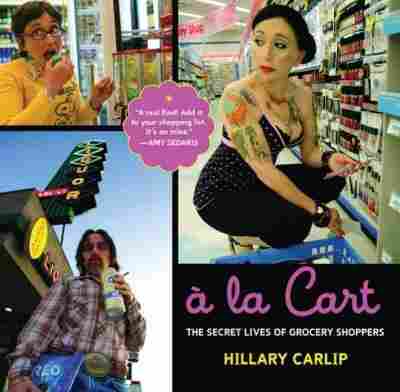 The Secret Lives of Grocery Shoppers

by Hillary Carlip and Barbara Green