Accessibility links
Hayes Carll: Rowdy Rock Finds A Sensitive Side Hayes Carll made a stir in Americana music with his self-released 2004 album, Little Rock. Music critic Robert Christgau says that Carll has matured some since then, and that maturity sounds good on him. Carll is good for a laugh, but Christgau says his sensitive side puts his new album, Trouble In Mind, over the top. 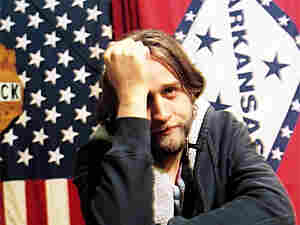 Click here to listen to a full concert by Hayes Carll.

Hayes Carll made a stir in Americana music with his self-released 2004 album, Little Rock. He's matured some since then, and maturity sounds good on him.

Carll grew up around Houston, went to college in Arkansas and lives in Austin. But he was seasoned in the roughneck bars west of Highway 87, on the beachfront peninsula that separates Galveston Bay from the Gulf of Mexico. He even called his label Highway 87.

Four years after his first release, the 32-year-old Carll still identifies as a good old boy on his major-label debut, Trouble in Mind. But he's found out that being funny doesn't mean you can't get serious. The amused empathy of the hesitant romance in "Girl Downtown" has a well-meaning, John Prine-ish warmth that broadens his emotional repertoire. That one ends with the couple holding hands down by the pond, a step in the right direction for Katie and Billy. Carll himself is a more worldly guy with raunchier tastes, as he makes clear in "Drunken Poet's Dream."

Articulately, tunefully, Carll is rowdy and good for a laugh — later for the sensitive stuff. But it's the sensitive stuff that puts Trouble in Mind over the top. And on the next-to-last track, "Willing to Love Again," it gives him the grace to admit he isn't always such a dreamboat himself. 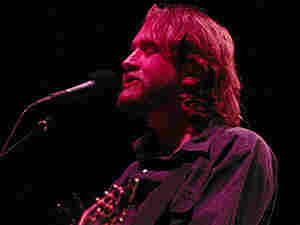 Hayes Carll's 2004 album Little Rock climbed to the top of the Americana Music Association chart — the first self-released record to do so. Brian Blauser hide caption

Showcasing songs from his latest CD, Trouble in Mind, Carll performs live for a rapt house in Charleston, W.Va.'s Clay Center, stripping down his honky-tonk and Texas country songs to the guitar and voice from which they originated.