Accessibility links
In Chilly 'Transsiberian,' An Endlessly Twisty Ride In a summer of forward-looking superhero films and sci-fi flicks, Transsiberian revives the Russian crime drama. This cool thriller offers it all: seedy mobsters, stunning snowscapes and even a suitcase full of babushka dolls. 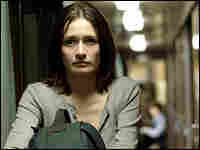 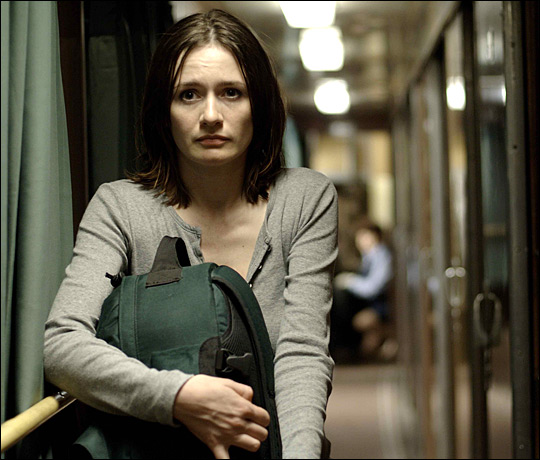 Rated R: In Soviet Russia, violence commits acts of you. 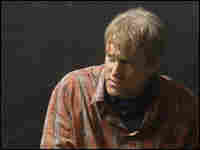 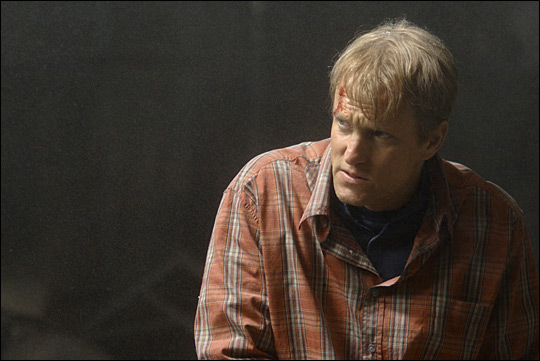 Roy (Woody Harrelson) finds himself in dire straits after befriending a seedy pair who travel with a suitcase full of babushkas.

Smart, unnerving, and sharp as an icicle to the eye, Transsiberian is the chilliest of midsummer thrillers.

This is partly a matter of setting: The tale begins in wintry Beijing, as a young American couple, having completed some charity work with local children, board the fabled Trans-Siberian Railway for a weeklong journey.

The view, en route to Moscow, is mile upon mile of frozen white landscape barbed with spindly trees, clotted with gray concrete and splashed with pools of blood-red ... blood.

The coolness of the picture is also a matter of tone and style: spartan, terse, crepuscular. Written and directed by Brad Anderson, an independent filmmaker best known for casting a terrifyingly emaciated Christian Bale in the grim psychological thriller The Machinist, the movie has a distinctly personal bleakness about it.

A palette of queasy, enervated monochromes — sickly greens, grubby browns, fluorescent blues — has been the default setting for high-minded thrillers at least since David Fincher's Seven, but Anderson earns his gloom: His cold-eyed vision feels impelled by the black heart of the story, rather than imposed from without.

And that story is a dark little number indeed. Emily Mortimer gives a fine, tough-minded performance as Jessie, a self-possessed woman with skeletons in her closet and a dangerous facility for keeping secrets. Woody Harrelson is well cast as her bumbling husband Roy, a sweet-natured manboy overflowing with gee-whiz loquaciousness and all-American naivete.

On board the Trans-Siberian, they fall in with Carlos (Eduardo Noriega), a shady Spaniard with "date rape" written all over his face, and his seductive companion Abby (Kate Mara), a mysterious, kohl-eyed American expatriate.

Carlos and Abby are obviously up to no good, and Anderson honors the master of the strangers-on-a-train genre, Alfred Hitchcock, in patiently teasing out the details of their situation.

So as not to spoil the plot, I'll mention only that it entails a suitcase containing (what appears to be) a set of those nesting, hand-painted Russian dolls. You can be fairly sure there's more than knickknack kitsch involved — and that Carlos is being disingenuous when he claims, in a moment of flirtation with Jessie, that he's exporting them to sell at a modest mark-up.

You'll be surprised — and jolted, and spooked — by where things go from there. Suffice it to say Anderson has contrived this plot device to provide a neat symbol of the secrets hidden inside lies, trapped inside deceptions that reveal themselves as Transsiberian heads inexorably west.

It's no small feat to update the mystery-train mode without resorting to camp, sarcasm or academic homage, but Anderson strikes just the right balance between a resolutely contemporary realism and a nod to the pulpy flourishes of the genre. His train is packed with delectable bit players: a cryptic Frenchman with a Quasimodo limp, a bitchy hostess with flaming red hair and furious disdain, an entire rogues' gallery of the perverted, exotic, world-weary, inscrutable.

There are also a pair of highly dubious policemen named Kolzak (Thomas Kretschmann) and Grinko (Ben Kingsley) along for the ride — the very same twosome we saw in the opening scene of the movie, extracting a knife from the skull of an unlucky heroin runner.

But who are they following, and where are they headed, and what, precisely, is the official Russian policy when it comes to interrogating potentially innocent suspects with sharp objects?