Accessibility links
Liberia's Women Soldiers Fight for Dignity, Peace Liberians are working hard to re-build both their country and their lives after years of brutal civil war. The challenge can be particularly difficult for former soldiers. Jackie Redd and Florence Ballah, two women soldiers featured in a new documentary, Women of Liberia: Fighting for Peace, discuss the ills of war and rebuilding after loss. 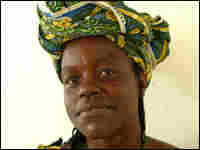 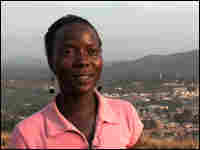 More than 30,000 women and girls armed were associated with Liberian armed forces during the country's brutal civil war, where violence left more than 250,000 people dead and another half-million displaced.

Five years after the war's end in 2003, scores of former female soldiers are still fighting for their lives and their country to be restored. Their struggle is chronicled in the new documentary Women of Liberia: Fighting for Peace. The film highlights the struggle of several women fighters who are now trying hard to reclaim their lives and re-integrate into society.

Jackie Redd and Florence Ballah, two former soldiers featured in the documentary, share tell why they fought and how being victims of sexual abused fostered their own sense of warfare.

Watch the trailer for Women of Liberia: Fighting for Peace.