Heard on News & Notes
Audio is no longer available

Deloris Jordan is the mother of NBA great Michael Jordan. She talks with Tony Cox about her latest book on responsible parenting, Michael's Golden Rules, which was co-authored with daughter Rosalyn.

And the college basketball season is winding down, but baseball season has only begun. And that includes Little Leagues all around the country. What better time to hear from Deloris Jordan about her new book, "Michael's Golden Rules"? It was inspired by her son, the former NBA star Michael Jordan, and written with her daughter, Rosalyn. NPR's Tony Cox spoke with the superstar mom about how baseball turned Michael into a basketball star.

Ms. DELORIS JORDAN (Co-author, "Michael's Golden Rules"): When I look at the golden rules again, let's go back to baseball. Because, again, when you read about Michael in his younger days of he and his brother, they started in Little League when they were four and five. So baseball was his first love. He really did not focus on basketball, as you well know, until his junior and senior year in high school.

As he continued to be really, you know, be a part of basketball, it became his passion. So we all know what happened after then: of course, going to University of Chapel Hill, and then first year being a part of the championship, and from there into the NBA. Well, in 92, as you all know, again, he (unintelligible), maybe you don't know…

Ms. JORDAN: …this is Jordan, and I know it, that he decided he wanted to go into baseball. And, of course, everybody said baseball? He's not a baseball player. Well, Mr. Jordan and I knew, though, what his first love was, was baseball. And he asked us, what do you think? And we both shared with him. You know what? Why don't you go and try it?

Again, you - I mean, even if you do not live up to your expectation and, of course, you won't - well, not going to meet in everybody else's, but as long as you, again, you have tried it, and you know what? There's no such thing as failure. You fail if you do not try it.

And so we all know again that he did not excel as what his expectation was in baseball, but he wanted to share again even not being one of the outstanding baseball players - he didn't win trophies, or awards, or a championship game -he walked though as a winner.

COX: You say that in the book and these…

Ms. JORDAN: As a winner.

COX: …these 10 golden rules. Number 1: Know the game. Number 2: Pay attention to the coach at all times. Number 3: Know your opponent. Number 4: Be a team player. Practice a winning attitude. Find out what you do best. Find out what you need to work on - practice, practice, practice. Learn from your mistakes. And lastly - and I suppose, most importantly for Michael in terms of playing baseball - have fun.

Ms. JORDAN: Have fun. That - those were his golden rules. But - you know what, Tony? We can go back to life. Know the game and knowing the game, you would need to know who you are and feeling confidence in who you are. Pay attention, setting goals for yourself and working hard to achieve those goals. Know your opponents. Know, again, your focus and who you are working with is very important.

Be a team player. Life is being a team player, being involved. You cannot achieve much by yourself. You have to have team players in order to achieve. When we look at the six basketball championships that the Bulls won, it did not happen until Scottie Pippen, Dennis Rodman and all the others jelled as a team, and then they went on to win six championships. Again, it's practice, practice. In anything, to really be successful, you have to have, again, practice has to be a part and a winning attitude…

Ms. JORDAN: …confidence, self-esteem, believing in who you are.

COX: You have 11 grandchildren. What did they think of your books?

Ms. JORDAN: My foreword is to my grandchildren. Again, they are just starting out, and, again, I want to share with them nothing comes easy. You have to apply yourself and work hard. And when you work hard and do not expect anyone to give you anything, you can be successful. You may not reach the goals that you set for yourself, but you can walk off the court saying I feel good about who I am because I gave it my best.

Those are the strong values that we try to really provide, I have tried to provide with my grandchildren. And you know what? I feel good. They are comfortable in who they are. And that's important, again, is knowing who you are.

COX: Absolutely. Talk for a moment, if you can, Deloris Jordan, about how you select the words and how you write for young people in a way that will be engaging and will be entertaining as well as informative for such a young audience or a young readership, I should say.

Ms. JORDAN: For me because I worked with the school to the James Jordan Foundation, we have adopted four schools here in Chicago. They're elementary up through high school. So we work in the school. I see the need of the children. When I begin to write, it flows out. It comes out easy, because, again, I work with them.

Not only that having been the mother of five - we're still talking about youth and growing up - is applying yourself in being there, again, to support them. I think sometime I'll - parents sort of lose their way because of so many other things going on in their lives. In family first, I shared those seven (unintelligible) and it was for Mr. Jordan and myself to be there. Not only that, it's having the communication skills that we can talk and share with our children.

So really working with the youth and working again with (unintelligible), those are really the values I wanted to share with the young ones. It comes from you. Again, you may find someone within your group who was being a bully and telling you you can't do something. But you have to find that hope from within yourself and believing within yourself. Does that make sense?

COX: It does make sense. And it leads me to my next question. Because you and I, actually, are probably from a different generation than a lot of these young parents today, and as you know, there's a great deal being said about how new parents parent versus how old school parents parent. Are you finding that there is much of a difference within the Jordan family with how your kids - including Michael - are parenting their kids?

So, again, it is different time and, again, as I share with you, I work with schools and I work with the young parents. I mean, at the schools, we had no PTA. Some of them had not had PTA for 30 years. That's unreal during my time. Parents were there. They were aware what's going on. It was a partnership between the parent and the teacher, then there's this now.

And so these are some of the values - again, we were working with the school, saying let's put back in the school. Because, again, no matter what we do with the kids at school, they're going home. So we need to have, really, a partnership with the parents, works with the teacher - who's total aware what's going on. Life, family - those are the same thing - parents coming together as a husband and a wife providing strong values that when that child leaves your house, he can succeed. If it does not, it's by his own choice.

CHIDEYA: That was Deloris Johnson speaking with NPR's Tony Cox, and that's our show for today. Thanks for sharing your time with us. Tomorrow, your brain on music. 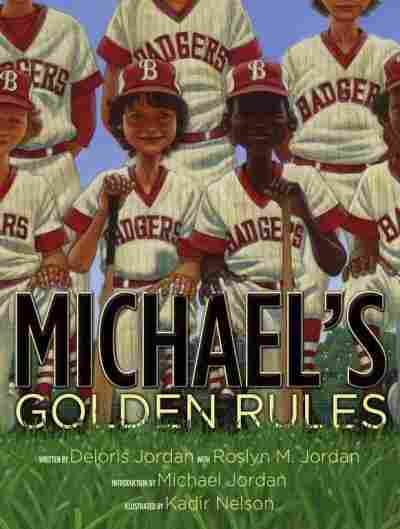