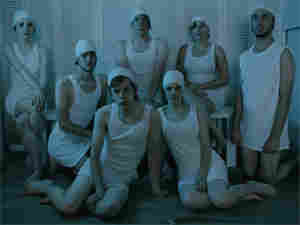 Los Campesinos! is a seven-piece Welsh indie-pop band whose name roughly translates as "The Farmers" or "The Peasants." All members share vocals and the appropriated surname "Campesinos!" — and have together created a multilayered debut album titled Hold on Now, Youngster.