Accessibility links
Beauty And Mischief In 'Anne Of Green Gables' The Modern Library has released a special edition of Anne of Green Gables in honor of the book's centennial. Writer Gwenda Bond, who blogs about children's books and young-adult literature, discusses the importance of L.M. Montgomery's classic novel and her personal attachment to Anne.

Listen
Beauty And Mischief In 'Anne Of Green Gables'

Read an excerpt from Anne of Green Gables. 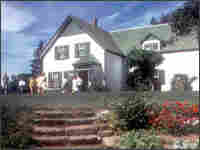 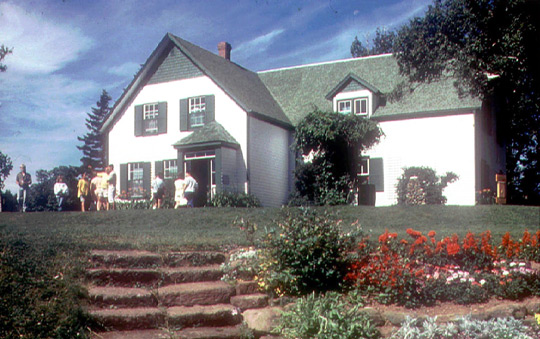 This 1996 file photo shows the house in Prince Edward Island, Canada, that helped inspire the novel "Anne of Green Gables."

In honor of the 100th anniversary of Anne of Green Gables, the Modern Library has released a special edition of Lucy Maud Montgomery's beloved young-adult novel.

When it was first published in 1908, Anne of Green Gables sold 19,000 copies in the first five months. The novel follows the story of a young orphan named Anne Shirley, sent by mistake to live on a farm on Prince Edward Island in Canada. The pair who run the place, a lonely brother and sister, had sent for a boy orphan to help them on the farm. Instead, they got Anne, an outspoken redhead with braids and a knack for getting into mischief.

"I think that in some ways what L.M. Montgomery managed to do was create the most perfect type of a certain spirited girl," says writer Gwenda Bond, who writes about children's books and young-adult literature on her literary blog Shaken & Stirred. "It was really the first time that we encountered such a character as Anne Shirley, who was so imaginative, was always getting into trouble and really was set apart by her intelligence, more than anything else."

Bond tells Weekend Edition Saturday host Scott Simon that one of the great things about the book is Anne's misadventures.

The book "almost has a plot that we're not used to seeing anymore," Bond says, "a very picaresque plot where we see Anne get into one scrape after another and always sort of come out of them on the other side because she meant well and things just go awry."

Another part of the book's charm, she says, is the beauty with which Anne describes the setting. "As a child, I thought Canada was this beautiful, unspoiled paradise."

"Anne is constantly disappointed by the real names of places and is giving them more elaborate names that actually capture the beauty that she sees in them," Bond says.

After the brother dies, Anne feels guilty because she still sees all the beauty in the world. In some ways, Bond says, it becomes more bright even in her grief.

"And there's this great line that says, 'Life still called to her with many insistent voices,'" she says. "And, I just think that is beautiful."

Bond tells Simon that Anne — and that's Anne with an 'e' — has left her mark on young-adult literature.

"It's almost impossible to imagine what children's books would be like without this book and its history," Bond says. 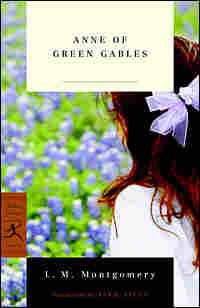 Mrs. Rachel Lynde lived just where the Avonlea main road dipped down into a little hollow, fringed with alders and ladies' eardrops and traversed by a brook that had its source away back in the woods of the old Cuthbert place; it was reputed to be an intricate, headlong brook in its earlier course through those woods, with dark secrets of pool and cascade; but by the time it reached Lynde's Hollow it was a quiet, well-conducted little stream, for not even a brook could run past Mrs. Rachel Lynde's door without due regard for decency and decorum; it probably was conscious that Mrs. Rachel was sitting at her window, keeping a sharp eye on everything that passed, from brooks and children up, and that if she noticed anything odd or out of place she would never rest until she had ferreted out the whys and wherefores thereof.

There are plenty of people, in Avonlea and out of it, who can attend closely to their neighbors business by dint of neglecting their own; but Mrs. Rachel Lynde was one of those capable creatures who can manage their own concerns and those of other folks into the bargain. She was a notable housewife; her work was always done and well done; she "ran" the Sewing Circle, helped run the Sunday-school, and was the strongest prop of the, Church Aid Society and Foreign Missions Auxiliary. Yet with all this Mrs. Rachel found abundant time to sit for hours at her kitchen window, knitting "cotton warp" quilts--she had, knitted sixteen of them, as Avonlea housekeepers were wont to tell in awed voices-and keeping a sharp eye on the main road that crossed the hollow and wound up the steep red hill beyond. Since Avonlea occupied a little triangular peninsula jutting out into the Gulf of St. Lawrence, with water on two sides of it, anybody who went out of it or into it had to pass over that hill road and so run the unseen gauntlet of Mrs. Rachel's all-seeing eye.

She was sitting there one afternoon in early June. The sun was coming in at the window warm and bright; the orchard on the slope below the house was in a bridal flush of pinky-white bloom, hummed over by a myriad of bees. Thomas Lynde-a meek little man whom Avonlea people called "Rachel Lynde's husband"-was sowing his late turnip seed on the hill field beyond the barn; and Matthew Cuthbert ought to have been sowing his on the big red brook field away over by Green Gables. Mrs. Rachel knew that he ought because she had heard him tell Peter Morrison the evening before in William J. Blaire's store over at Carmody that he meant to sow his turnip seed the next afternoon. Peter had asked him, of course, for Matthew Cuthbert had never been known to volunteer information about anything in his whole life.

And yet here was Matthew Cuthbert, at half-past three on the afternoon of a busy day, placidly driving over the hollow and up the hill; moreover, he wore a white collar and his best suit of clothes, which was plain proof that he was going out of Avonlea; and he had the buggy and the sorrel mare, which betokened that he was going a considerable distance. Now, where was Matthew Cuthbert going and why was he going there?

Had it been any other man in Avonlea Mrs. Rachel, deftly putting this and that together, might have given a pretty good guess as to both questions. But Matthew so rarely went from home that it must be something pressing and unusual which was taking him; he was the shyest man alive and hated to have to go among strangers or to any place where he might have to talk. Matthew, dressed up with a white collar and driving in a buggy, was something that didn't happen often. Mrs. Rachel, ponder as she might, could make nothing of it and her afternoo's enjoyment was spoiled.

"I'll just step over to Green Gables after tea and find out from Marilla where he's gone and why," the worthy woman finally concluded. "He doesn't generally go to town this time of year and he new visits; if he'd run out of turnip seed he wouldn't dress up and take the buggy to go for more; he wasn't driving fast enough to be going for the doctor. Yet something must have happened since List night to start him off. I'm clean puzzled, that's what, and I won't know a minute's peace of mind or conscience until I know what has taken Matthew Cuthbert out of Avonlea today-"

Accordingly after tea Mrs. Rachel set out; she had not far to go; the big, rambling orchard-embowered house where the Cuthberts lived was a scant quarter of a mile up the road from Lynde's Hollow. To be sure, the long lane made it a good deal further. Matthew Cuthberfs father, as shy and silent as his son after him, had got as far away as he possibly could from his fellow men without actually retreating into the woods when he founded his homestead. Green Gables was built at the furthest edge of his cleared land and there it was to this day, barely visible from the main road along which all the other Avonlea houses were so sociably situated. Mrs. Rachel Lynde did not call living in such a place living at all.

1. It's just staying, that's what," she said as she stepped along the deep-rutted, grassy lane bordered with wild rose bushes. "Ifs no wonder Matthew and Marilia are both a little odd, living away back here by themselves. Trees aren't much company, though dear knows if they were there'd be enough of them. I'd ruther look at people. To be sure, they seem contented enough; but then, I suppose, they're used to it. A body can get used to anything even to being hanged, as the Irishman said."

Excerpted from Anne of Green Gables by L. M. Montgomery (2008 Modern Library Paperback Edition) with the permission of Modern Library, a division of Random House Inc. 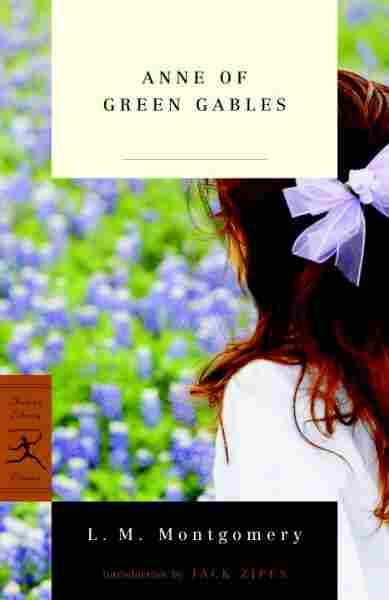