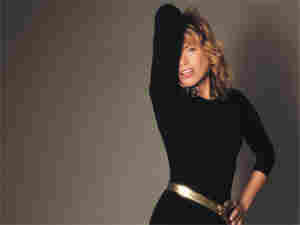 Twenty-four albums into her career, Grammy- and Oscar-winning singer-songwriter Carly Simon remains a venerable and popular icon. Here, she stops by World Cafe to discuss This Kind of Love, her first collection of original material in eight years.

This Kind of Love finds Simon experimenting with the percussive sounds of Brazilian music. While she wrote most of the record, Simon honored her children, Sally and Ben Taylor, by recording two songs that they had written ("When We're Together" and "Island," respectively). With gorgeous, sultry melodies and beautiful samba instrumentation, Simon adds new elements to her sound without abandoning what made her famous in the first place.

This segment originally aired on August 1, 2008.