Accessibility links
Virginia Woolf, At Intersection Of Science And Art : Krulwich Wonders... Virginia Woolf wanted to think about what it's like to think about ordinary things. Novelists, she said, should study life as it happens. That view suggests that while scientists probe and analyze questions, artists discover what questions to ask.

Listen
Virginia Woolf, At Intersection Of Science And Art 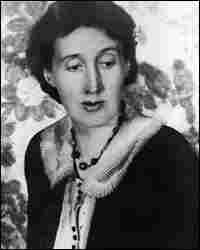 Notes On The Audio

Robert Krulwich is joined by Jonah Lehrer and the actress Anne Bobby (as a version of Mrs. Dalloway) to explore Virginia Woolf's accomplishment.

Virginia Woolf wanted to think about what it's like to think about nothing special, about ordinary things. "To feel simply, that's a chair, that's a table ... and yet at the same time, it's a miracle, it's an ecstasy," she writes in To the Lighthouse.

Every so often, gazing at a fruit, at a flower, a bee, a friend, we all know what she means. Moments for no good reason can become extraordinarily beautiful, hauntingly so.

But Woolf wasn't concentrating on special moments. She wanted to convey the flow and tumble of ordinary sensations over a whole day -- and so she created Clarissa Dalloway, a woman who lives in London, has just recovered from a bad bout of influenza (a bad, bad influenza that was then sweeping the globe) who is about to host a party. Nothing special.

And yet, as science reporter (and my colleague on NPR's Radio Lab) Jonah Lehrer writes, "The mind is not an easy thing to express."

Woolf thought, and thought hard, about how a mind processes all that it sees, hears, feels, tastes, remembers. "The mind receives a myriad of impressions," Woolf wrote. "From all sides they come, an incessant shower of innumerable atoms," and she wanted to describe that process.

Novelists, Woolf stated, should "record the atoms as they fall upon the mind in the order in which they fall, let us trace the pattern, however disconnected and incoherent…"

And so Woolf created minds in action. Clarissa Dalloway in her novel Mrs. Dalloway, and Mrs. Ramsay from To the Lighthouse are portrayed from the inside out. They are all mind -- jumbles of thoughts, memories, faces, objects, peeves, joys -- all disconnected and incoherent. And yet, out of all that blabber there emerge very distinctly, real personalities.

How did that happen? "If the mind is so evanescent," Lehrer writes, "how does the self arise?"

Woolf not only made people up. She wondered out loud how she did it and, more importantly, how we all do it.

Woolf even came up with a theory of mind that explains how all of us, every day, manage to stumble and bumble our way through tasks, walks, talks, jolts of recollection, loves, hates -- and still come out whole.

In the process, Lehrer believes, Woolf anticipated what scientists would discover decades later: that our very brains are divided into "left" and "right"and that we are, in our architecture, not of one mind.

'Proust Was A Neuroscientist'

In his book Proust Was A Neuroscientist, Lehrer explored how Marcel Proust and other novelists closely studied the human mind and memory.

Lehrer's notion is that the mystery of "self," now the great challenge for neuroscientists all over the world, was a puzzle first articulately addressed by artists untutored in science.

Scientists probe, pluck, test and analyze questions. Artists discover questions to ask. Both art and science explore what it's like to be alive -- and only when they work together do we exercise all our powers.

"We now know enough to know that we will never know everything," Lehrer wrote. "This is why we need art; it teaches us how to live with mystery."

Special thanks to producer Josh Rogosin, in NPR's New York bureau, and to Anne Bobby, who last appeared on NPR as the lullaby-singing mother in our version of Oliver Sacks' Study of "Mrs. O'C." She can do anything.

Exceprt: 'Proust Was a Neuroscientist' 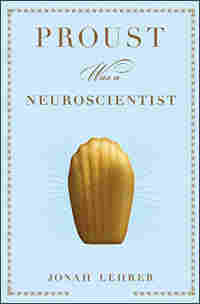 The psychology which explains everything / explains nothing.
—Marianne Moore

IN 1920, AFTER WRITING two novels with a conventional Victorian narrator (the kind that, like an omniscient God, views everything from above), Virginia Woolf announced in her diary: "I have finally arrived at some idea of a new form for a new novel." i Her new form would follow the flow of our consciousness, tracing the "flight of the mind" as it unfolded in time. "Only thoughts and feelings," Woolf wrote to Katherine Mansfield, "no cups and tables." ii

This modernist style was a radical shift in perspective. The eminent novelists of her time—"Mr. Wells, Mr. Bennett, and Mr. Galsworthy"—ignored the mind's interiors. "They have looked," Woolf wrote, "at factories, at Utopias, even at the decoration and upholstery of the carriage; but never at life, never at human nature." iii Woolf wanted to invert this hierarchy. "Examine for a moment an ordinary mind on an ordinary day," she wrote in her essay "Modern Fiction." "Is it not the task of the novelist to convey this varying, this unknown and uncircumscribed spirit, whatever aberration or complexity it may display, with as little mixture of the alien and external as possible?" iv

But the mind is not an easy thing to express. When Woolf looked inside herself, what she found was a consciousness that never stood still. Her thoughts flowed in a turbulent current, and every moment ushered in a new wave of sensation. Unlike the "old-fashioned novelists," who treated the mind as a static thing, Woolf described the mind as neither solid nor certain. Instead, it "was very erratic, very undependable—now to be found in a dusty road, now in a scrap of newspaper in the street, now in a daffodil in the sun." v At any given moment, she seemed to be scattered in a million little pieces. Her brain was barely bound together.

And yet, it was bound together. Her mind was made of fragments, but it never came undone. She knew that something kept us from disintegrating, at least most of the time. "I press to my centre," Woolf wrote in her diary, "and there is something there." vi

Woolf's art searched for whatever held us together. What she found was the self, "the essential thing." Although the brain is just a loom of electric neurons, Woolf realized that the self makes us whole. It is the fragile source of our identity, the author of our consciousness. If the self didn't exist, then we wouldn't exist. "One must have a whole in one's mind," Woolf said, "fragments are unendurable." vii

But if the mind is so evanescent, then how does the self arise? Why do we feel like more than just a collection of disconnected thoughts? Woolf's revelation was that we emerge from our own fleeting interpretations of the world. Whenever we sense something, we naturally invent a subject for our sensation, a perceiver for our perception. The self is simply this subject; it is the story we tell ourselves about our experiences. As Woolf wrote in her unfinished memoir, "We are the words; we are the music; we are the thing itself." viii

At the time, this was a surreal idea. Scientists were busy embracing the power of materialism. Anatomy promised to explain everything. (As James Joyce noted, "The modern spirit is vivisective.") The self was just another trick of matter, which time and experiments would discover. But Woolf knew that the self was too profound to be found. In her modernist novels, she wanted to expose our ineffability, to show us that we are "like a butterfly's wing ... clamped together with bolts of iron." If the mind is a machine, then the self is its ghost. It is what cannot be seen.

Almost a century later, the self remains elusive. Neuroscience has ransacked the brain and dissected the cortex, but it has not found our source. Although experiments have confirmed many of Woolf's startling insights—the mind is made of fragments, and yet these fragments are bound into being—our mystery persists. If we want to understand ourselves, Woolf's art is our most revealing answer.

Excerpted from Proust Was A Neuroscientist by Jonah Lehrer, copyright @2007 . Reprinted with permission of Houghton Mifflin Harcourt Publishing Company. All rights reserved.