Accessibility links
Thomas Frank's Indictment Of Conservatism Why is it that government has expanded under an administration that claims to be against big government? Social critic Thomas Frank poses this question in his new book, The Wrecking Crew. 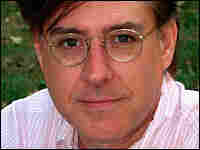 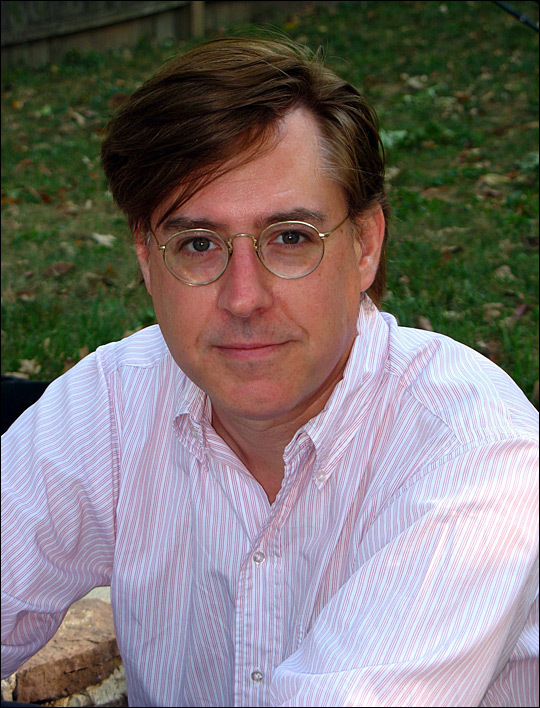 Thomas Frank was awarded a Lannan Literary Fellowship in 2004.

Social critic Thomas Frank examines the modern conservative movement and its excesses in his new book, The Wrecking Crew. Conservative politicians complain that big government does not work, writes Frank — then they get elected and prove it.

Frank's previous books are What's the Matter with Kansas? How Conservatives Won the Heart of America and One Market Under God. The founding editor of The Baffler and a contributing editor at Harper's, Frank writes the 'Tilting Yard' column for The Wall Street Journal. 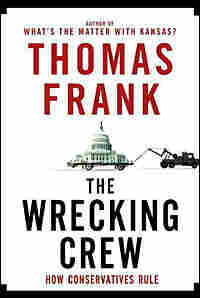 Washington is the city where the scandals happen. Every American knows this, but we also believe, if only vaguely, that the really monumental scandals are a thing of the past; that the golden age of misgovernment-for-profit ended with the cavalry charge and the robber barons, at about the same time presidents stopped wearing beards.

I moved to Washington in 2003, just in time for the comeback, for the hundred-year flood. At first it was only a trickle in the basement, a little stream released accidentally by the president's friends at Enron. Before long, though, the levees were failing all over town, and the city was inundated with a muddy torrent of graft.

How are we to dissect a deluge like this one? We might begin by categorizing the earmarks handed out by Congress, sorting the foolish earmarks from the costly earmarks from the earmarks made strictly on a cash basis. We could try a similar approach to government contracting: the no-bid contracts, the no-oversight contracts, the no-experience contracts, the contracts handed out to friends of the vice president. We might consider the shoplifting career of one of the president's former domestic policy advisers or the habitual plagiarism of the president's liaison to the Christian right. And we would certainly have to find some way to parse the extraordinary incompetence of the executive branch, incompetence so fulsome and steady and reliable that at some point Americans stopped being surprised and began simply to count on it, to think of incompetence as the way government works.

But the onrushing flow swamps all taxonomies. Mass firing of federal prosecutors; bribing of newspaper columnists; pallets of shrinkwrapped cash "misplaced" in Iraq; inexperienced kids running the Baghdad stock exchange; the discovery that many of Alaska's leading politicians are on the take—our heads swim. We climb to the rooftop, but we cannot find the heights of irony from which we might laugh off the blend of thug and pharisee that is Tom DeLay—or dispel the nauseating suspicion, quickly becoming a certainty, that the government of our nation deliberately fibbed us into a pointless, catastrophic war.

So let us begin on the solid ground of these simple facts: this spectacular episode of misrule has coincided with both the political triumph of conservatism and with the rise of the Washington area to the richest rank of American metropolises. In the period I am describing, gentlemen of the right rolled through the capital like lords of creation. Every spigot was open, and every indulgence slopped out for their gleeful wallowing. All the clichés roared at full, unembarrassed volume: the wines gurgled, the T bones roasted, the golf courses beckoned, the Learjets zoomed, the contractors' glass buildings sprouted from the earth, and the lobbyists' mansions grew like brick-colonial mushrooms on the hills of northern Virginia.

Democrats have tried to explain the flood of misgovernment as part of a "culture of corruption," a phrase at once obviously true and yet so amorphous as to be quite worthless. Republicans, for their part, have an even simpler answer: government failed, they tell us, because it is the nature of government enterprises to fail. As for the great corruption cases of recent years, they cluck, each is merely a one-of-a kind moral lapse unconnected to any particular ideology—an individual bad apple with no effect on the larger barrel.

Which leaves us to marvel helplessly at what appears to be a spectacular run of lousy luck. My, what a lot of bad apples they are growing these days!

The truth is almost exactly the opposite: Fantastic misgovernment of the kind we have seen is not an accident, nor is it the work of a few bad individuals. It is the consequence of triumph by a particular philosophy of government, by a movement that understands the liberal state as a perversion and considers the market the ideal nexus of human society. This movement is friendly to industry not just by force of campaign contributions but by conviction; it believes in entrepreneurship not merely in commerce but in politics; and the inevitable results of its ascendance are, first, the capture of the state by business and, second, all that follows: incompetence, graft, and all the other wretched flotsam that we've come to expect from Washington.

The correct diagnosis is the "bad apple" thesis turned upside down. There are plenty of good conservative individuals, honorable folks who would never participate in the sort of corruption we have watched unfold over the last few years. Hang around with grassroots conservative voters in Kansas, and in the main you will find them to be honest, hardworking people.

But put conservatism in charge of the state, and it behaves very differently. Now the "values" that rightist politicians eulogize on the stump disappear, and in their place we can discern an entirely different set of priorities—priorities that reveal more about the unchanging historical essence of American conservatism than do its fleeting campaigns against gay marriage or secular humanism. Conservative's leaders laugh off the idea of the public interest as airy-fairy nonsense; they caution against bringing top-notch talent into government service; they declare war on public workers. They have made a cult of outsourcing and privatizing, they have wrecked established federal operations because they disagree with them, and they have deliberately piled up an Everest of debt in order to force the government into crisis. The ruination they have wrought has been thorough; it has been a professional job. 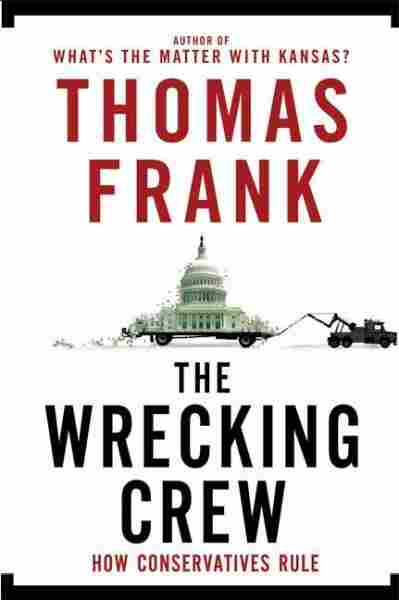