Accessibility links
Latin Jazz at Its Most Thoughtful and Thrilling In the world of Latin music, vibraphonist Cal Tjader commanded respect: He was considered one of the few Anglos who could hang with the heavyweights. Tjader recorded Latin jazz, bossa nova, salsa and boogaloo for more than three decades, and his titles are uniformly strong.

Latin Jazz at Its Most Thoughtful and Thrilling

Latin Jazz at Its Most Thoughtful and Thrilling 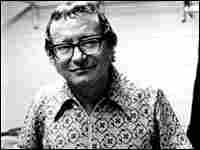 What explains the relative anonymity of Cal Tjader, likely the only jazz musician to record with Dave Brubeck, Tito Puente and Charlie Palmieri? 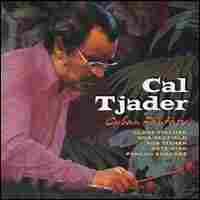 In the world of Latin music, vibraphonist Cal Tjader (1925-1982) commanded respect: He was considered one of the very few Anglos who could hang with the heavyweights. The California-based bandleader recorded Latin jazz, bossa nova, salsa and boogaloo (as well as assorted hybrids) for more than three decades, and though he had few breakout hits like 1964's "Soul Sauce," his titles are uniformly strong. Drop in anywhere in his discography, from the late '50s to the time of this record in the late '70s, for a percolating rhythm section and solos that are both thoughtful and thrilling.

Cuban Fantasy was recorded during the Tjader group's extended run at San Francisco's Great American Music Hall in 1977. Some material from that engagement was released at the time, on an album called Here. The rest was relegated to the vaults, and it's some of the best work of his late career. The band includes the tremendous conguero Poncho Sanchez, whose hard slaps serve as sentence-by-sentence punctuation for Tjader's ideas, and guitarist Bob Redfield, who, as part of Tjader's band throughout the '70s, expanded the sound with trace elements of rock guitar, especially on "Cuban Fantasy" (audio).

A big lure, though, is pianist, composer and arranger Claire Fischer, whose crisp, highly individual attack on the Rhodes electric piano anchors such rhythmic excursions as "Tu Crees Que?" (audio). Fischer had collaborated with Tjader intermittently over the years; by the time of this date, the keyboardist knew exactly how to voice chords in tight three-note clusters, while coaxing Tjader a step or two in the direction of musical adventure.

The musicians had been playing together for a while, and it's easy to feel it: This is Latin jazz that replaces the genre's frequent muscle-flexing with easygoing conversation. Everybody's moving in the same direction, and both the extended jams and the electric version of "Soul Sauce (Guachi Guara)" (audio) document six musicians locked in single-minded pursuit of a highly specific groove utopia. These guys didn't merely get there now and then; as this gem from the vault proves, they were hitting it just about every night.