Accessibility links
'Way Of The World' Sees Fabricated Case For War In The Way of the World: A Story of Truth And Hope In An Age of Extremism, author Ron Suskind alleges that the Bush administration knew Iraq had no weapons of mass destruction and eventually fabricated intelligence assets to support its case for war. The White House and the CIA deny his claims.

Listen
'Way Of The World' Sees Fabricated Case For War

In his new book, The Way of the World: A Story of Truth And Hope In An Age of Extremism, author Ron Suskind alleges that the Bush administration knew Iraq had no weapons of mass destruction and eventually fabricated intelligence assets to support its case for war. Both the White House and the CIA deny his claims.

Suskind, a Pulitzer Prize-winning journalist, tells Steve Inskeep that a secret mission was conducted, in which a British intelligence agent met with the head of Iraqi intelligence in a secret location in Jordan, and that the Iraqi conveyed that there were no weapons of mass destruction in Iraq.

"What that meant is that we knew everything that became so obvious by the summer after the invasion, and the president made a decision essentially to ignore that intelligence," Suskind says.

He says once the final report went to President Bush, Condoleezza Rice and others, the U.S. cut off communications with the Iraqi intelligence chief and then moved forward. An agreement was made to resettle the Iraqi and pay him $5 million.

Then, in the fall of 2003, the White House decided that a letter should be fabricated, dated July 2001, from the Iraqi to Saddam Hussein establishing a link to the Sept. 11, 2001, attacks on the U.S. "And the letter should as well say that Saddam Hussein has been actively buying yellowcake uranium from Niger with the help of al-Qaida," Suskind says.

He says that sources at the CIA remember seeing the order for that letter on "creamy White House stationery" and that the letter could only have come from the "highest reaches of the White House. ... It would have to come from the very top."

In disputing Suskind's claims, former CIA Director George Tenet said the White House never gave an order to plant false evidence and his agency resisted efforts to find bogus links between Iraq and al-Qaida. A White House spokesman, meanwhile, called the claims another one of those "bizarre conspiracy theories that Ron Suskind likes to dwell in."

Excerpt: 'The Way of the World' 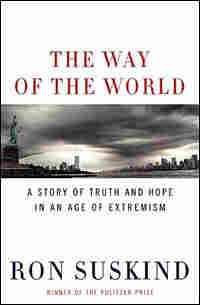 The Way of the World: A Story of Truth and Hope in an Age of Extremism
By Ron Suskind
Hardcover, 432 pages
Harper
List Price: $27.95

From the dawn of time, human beings have been attentive to signs of distinction — the approach of a tribe with a different manner or dress, posture or skin color. The swift sizing-up of friend or foe, and acting upon it — upon suspicion — was often a matter of survival. Those faculties became finely tuned over thousands of years. Now, in a world of vivid, colliding images and technology's bequest of awesomely powerful weapons, we struggle to leap forward, to reshape instinct enough to reach across the divides of us and them, peak and valley. And to do it in time.

That shared effort is, at the very least, a starting point for a working definition of "hearts and minds struggle," that smooth, slippery phrase on the lips of people across the world. Its definitions are often self-interested and oddly narrow, but they nearly always rest on a fundamental two-part question: Can disparate people ever truly understand one another, and is such understanding necessary for them to coexist? There's considerable dispute over the matter. Some knowledgeable observers say that bringing diverse peoples together mostly serves to exacerbate distinctions and fuel divisiveness, something we can little afford in an era of such unleashed destructive capability. They point to countless bitter conflicts along borders, and within them, and recommend tall fences. Others contend that the world is steadily becoming borderless and blended, and that such conflict — the friction caused by the conjunction of opposites — must be endured, and mastered, on the way to discovering shared interest and common purpose.

One rare area of agreement? That the answers — whether proof of insurmountable divides or of indelible human bonds — are found by walking in the shoes of the "other." The other? Could be anyone, really, from the person who seems to hail from a distant planet — the traditional "other" of a different race or status, ethnicity or history — to someone just like you but who's seen things you haven't, illuminating things that alter one's path in the world. All of this, of course, is ancient advice; the shoes are a favored metaphor that underpins everything from "love thy neighbor as thyself " to "know thine enemy." The key is picking some good shoes. And there are some, right now, in the summer of 2006, walking through America. One pair belongs to Rolf Mowatt-Larssen. He's the man who tries to figure out whether terrorists are about to wrap, or already have wrapped, their hands around this era's Promethean fire — uranium or plutonium — in sufficient quantity to make a nuclear weapon. He's been the government's leading man on this twisting, harrowing task since 9/11, first at CIA and just recently at the Department of Energy. That's means he's spent nearly five years regularly briefing the president and the vice president and kicking down doors here and abroad to ask unsettling questions. Either he's the most important man in the U.S. government or he's Chicken Little. He's not sure himself, which is why his shoes are good for walking. You don't know where they'll lead. Neither does he. When he finds out, we'll all find out — and hopefully it'll be before there's a catastrophic event.

Right now his feet are up. It's late on Friday afternoon, July 14. He's reclining at his office in the basement of the Department of Energy, where he's the head of intelligence — a division that will grow from 100 to 350 by year's end — glancing over the dispatches of the president's meeting with Vladimir Putin. The Russian president, proudly hosting the G8 conference in Russia for the first time, wanted to start the gathering on a cooperative note. This was accomplished by signing an agreement with the United States to co-lead a multilateral effort to combat nuclear terrorism. Rolf had reviewed drafts of the agreement, though he's not hopeful it will do very much. There are several agreements, much like the one Bush and Putin have just signed, that have been admirable in intent but severely lacking in follow-through and execution. They depend, as with all agreements, on the enthusiasm of the signatories.

If Russia and the United States — the old cold war combatants who brought these weapons to the world — are not working together, not much will occur. And the relationship is strained. The United States says it wants to help Russia secure its stockpiles of material. The Russians say, with a note of impatience and resentment, that they can handle their own affairs. Rolf, who did two tours for CIA in Moscow and helped catch moles like Aldrich Ames, doesn't draw much comfort from Russia's assurances. He knows too much. "Know thine enemy" has, of course, a modern, institutional translation. It's called "intelligence." The most valuable intelligence has always been human intelligence — spies, or moles, in the opponent's camp — which has helped shape conflict since the Trojan War. Rolf happens to be one of the few people, anywhere, who has "run" operations against the great enemy of the past, the Soviet Union, and against this era's pernicious opponent, al Qaeda. He thinks almost every day about the many lessons the United States learned in decades of recruiting and managing Russian spies, and if any of those hard-won lessons might be relevant right now. 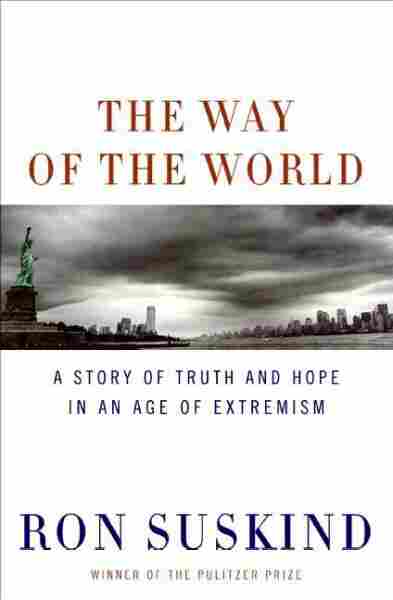 The Way of the World

A Story of Truth and Hope in an Age of Extremism