Accessibility links
Inara George Extends 'An Invitation' For An Invitation, George wrote the songs with just her voice and a guitar, then sent them away to master arranger Van Dyke Parks. The result is a lushly orchestrated, theatrical song cycle, which buoys George's unique vocal phrasing with a small orchestra. 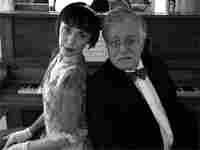 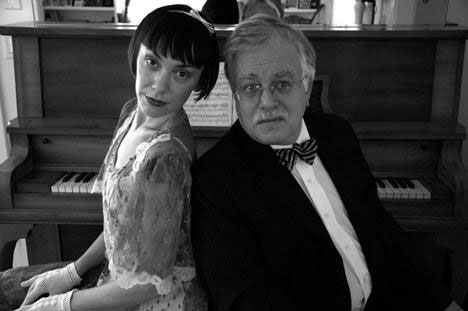 Van Dyke Parks (right) has known Inara George since she was born. 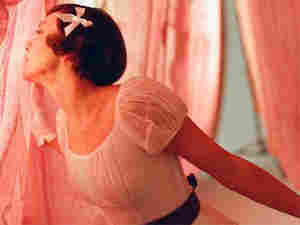 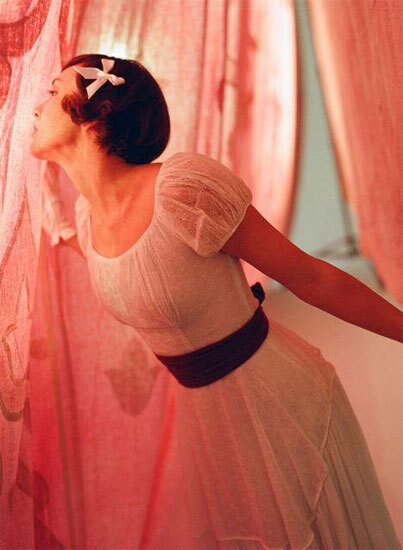 Inara George was inspired by La Vie En Rose to have Van Dyke Parks arrange an orchestra for her voice.

Inara George is known to pop audiences as the lilting voice behind the indie-rock duo The Bird and the Bee. Her new solo CD, An Invitation, finds her collaborating with legendary arranger Van Dyke Parks on a lushly orchestrated, theatrical song cycle.

George and Parks go way back. Parks was a close friend and collaborator of her father, Lowell George, frontman for the '70s rock band Little Feat. In fact, Parks was in Baltimore to greet Inara the day she was born in 1974. Lowell George died when Inara was only 5, but Parks stayed close to the family. For George, the 65-year-old Parks is like a wise old uncle.

"He knows so much about so many different things," George says. "Whether it's composers or actresses or inventors or Plato, just sitting with him for a period of time, you always have a sense that you come away knowing something more."

Parks' recorded interests have certainly been diverse. Over the past 40 years, he's written, arranged and played keyboards for everyone from The Byrds and The Grateful Dead to Ringo Starr, Judy Collins, Paul Revere and the Raiders and U2. His own records have ranged from musical settings of the tales of Uncle Remus to early American show tunes. Most famously, though, Parks penned the words to Brian Wilson's "teenage symphonies to God" on both Pet Sounds and Smile.

It was a movie that ultimately led Inara George to call Van Dyke Parks and ask him to arrange for her.

"Inara came to me," Parks says, "and she said, 'You know, I just came out of that movie La Vie En Rose [about] Edith Piaf. And she was standing there — she didn't have to flail at a guitar or even lug it around to sing those songs. She just had an orchestra do it for her. Would you do that for me?' And I said, 'Yes, I will.'"

So George sent Parks a dozen songs she'd recorded at home on her computer with just her voice and guitar, and he went to work.

George says she never realized that Parks was going to write arrangements that would precisely mimic the phrasing on the demos she sent him until she walked into the recording studio.

"I was totally blown away," she says. "Because every step or every note that was played kind of buoyed any sort of singing that I had."

The 28-piece orchestra on An Invitation includes 17 strings, five woodwinds and a French horn. Parks plays accordion and piano.

"I wanted a group, a string section for example, that's big enough to sound small. You can't do that with a trio or a quartet," Parks says. "So larger string sections, as the great film composer Alfred Newman told me once in a car smoking his last cigarette — he turned to me and he said, 'You know, the quietest sound in the world is the Philharmonic.' I believed him, and I've heard that — that there's a point at which strings can disappear."

George and Parks say they aren't sure whether their old fans will go for their new music.

"I'm hoping that we find an audience with some classical music lovers. And then my audience," George says. "I'm sure that I'll alienate some people. But I know already that I haven't."

"No, it's not The Beach Boys," Parks says. "And, no, it isn't The Bird and the Bee. I think that that will be a problem soon forgotten."

Parks and George are talking to concert promoters in Europe and Australia, hoping to perform the songs from An Invitation on tour with a full orchestra later this year.