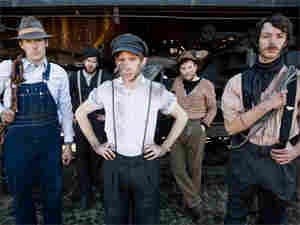 As Dr. Dog's national reputation continues to grow — its fifth album, Fate, just came out — the band remains true to its bouncy rock style, which mixes intricate harmonies with '60s pop beats. Dr. Dog wasn't afraid to come back with another concept album: This one is built around the titular theme of fate.