Accessibility links
Musharraf Resigns Amidst Growing Outcry Pervez Musharraf has resigned as Pakistan's president under threat of impeachment. It may be the final act in a long confrontation between Musharraf and the political opposition that has accused him of illegally seizing power and mishandling the country's economy. Shuja Nawaz, a Pakistani journalist and author, explains issues facing that nation's government.

Pervez Musharraf has resigned as Pakistan's president under threat of impeachment. It may be the final act in a long confrontation between Musharraf and the political opposition that has accused him of illegally seizing power and mishandling the country's economy. 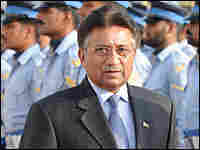 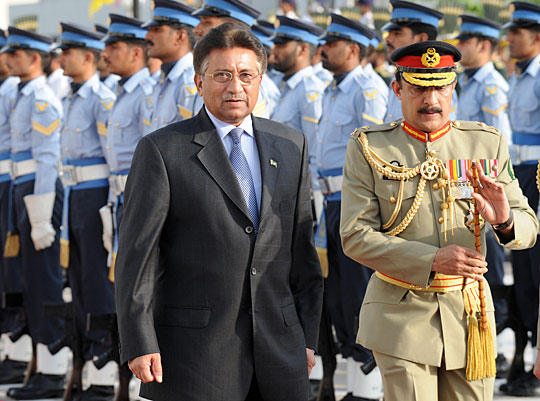 Pakistan President Pervez Musharraf inspects the honor guard during the farewell ceremony of the presidential palace in Islamabad on Aug. 18, 2008.

Who Will Replace Pervez Musharraf?

Pakistan's constitution requires the country's parliament and provincial assemblies to elect a replacement for President Pervez Musharraf within 30 days. In the meantime, the chairman of the upper house of parliament, Mohammedmian Soomro, has taken over as acting president.

There is speculation that the leaders of the two main parties in the ruling coalition, Asif Ali Zardari and Nawaz Sharif, may both be considering a bid for the presidency. Neither man has announced his intentions.

Both have said recently that they favored stripping away some of the powers that Musharraf garnered for the office during his nine-year rule, but a less-powerful presidency may also be less desirable to the political leaders. 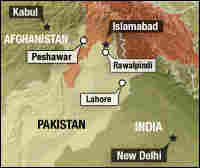 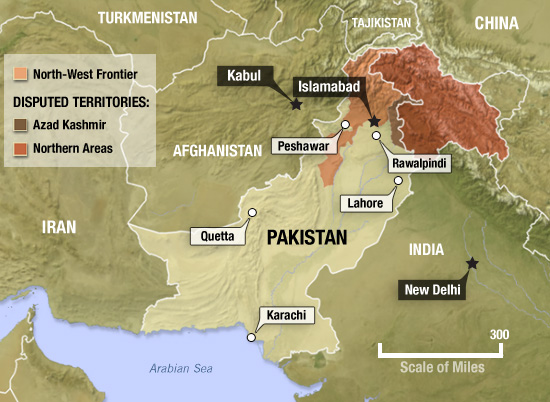 Pakistani President Pervez Musharraf resigned Monday morning in a live television address to the nation. Musharraf was a close U.S. ally in the volatile region and in the battle against al-Qaida.

Musharraf's resignation came as the ruling coalition government was moving to impeach him. His allies were fast fading away, and he was under pressure at home and abroad to quit. As it became clear he had virtually no support, Pakistan's longtime leader chose to bow out.

Looking somber, Musharraf spoke for an hour before finally making the announcement Pakistanis have been awaiting for days.

Musharraf said he was not worried about the impeachment but was leaving to avoid a confrontation that could damage the nation and the presidency.

Much of Musharraf's address was a defense of his record in office, but he acknowledged making mistakes and asked for Pakistan's forgiveness.

It is not clear whether he will stay in Pakistan or go into exile. Musharraf has been pressing for immunity from prosecution.

People celebrated Musharraf's departure outside offices of the Pakistan Peoples Party — the largest party in the coalition. They also honored the PPP's former leader, Benazir Bhutto, who was assassinated late last year.

"The real weakness of his, as I see it, is that he has never realized the importance of institutions," said political analyst Talat Masood. "He just leaves all the institutions of Pakistan so weak, including the political ones, who are to now run the affairs of the country."

Musharraf seized power in a coup in 1999 after then-Prime Minister Nawaz Sharif tried to sack him as army chief. Musharraf's early days were rocky as he sought to solidify his position with an election and referendum that observers say were rigged.

After the Sept. 11 attacks, Musharraf became a firm ally of the U.S., which channeled billions of dollars to Pakistan in exchange for Musharraf's support in the war on terrorism.

For a while, Musharraf seemed secure: The economy grew, relations with India improved, Pakistan's opposition parties were in disarray, and Musharraf's army was able to wield increasing influence over business and government.

Then, according to political commentator Rasul Bakhsh Rais, Musharraf made a critical error.

His undoing was his removal of the chief justice in March 2007, Rais says. "Onward, his standing was on shaky grounds, and the power began to slip away from him."

Lawyers and civil activists took to the streets demanding an independent judiciary, and one crisis followed another: There was public fury after more than 100 people were killed when Pakistani forces stormed the Red Mosque in Islamabad after it was taken over by extremists. Then, in November, Musharraf declared a state of emergency — a six-week crackdown in which thousands of political activists were jailed, the media were gagged, and the general purged Pakistan's supreme court of his enemies.

Rais says Musharraf was the author of his own undoing.

"Musharraf was [a] hotheaded and impulsive political leader from Day 1 to the end," Rais says. "This was very unfortunate that he always put his personal ambitions ahead of the interests of the people of Pakistan."

"For the last years he has been ruling the country, and he's been no good to it," said a banker who would give his name only as Ahmed. "So I think it is better that he has resigned and it's over now."

Many Pakistanis felt Musharraf was far too close to the U.S., and many are simply sick of politics. They will be hoping that their new civilian government can now get on with the job and do something about Pakistan's unraveling economy and Islamist militancy. 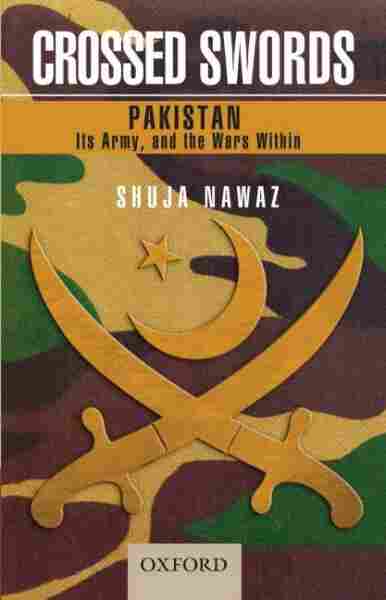 Pakistan, Its Army, and the Wars Within