Accessibility links
Cindy McCain's Half Sister 'Angry' She's Hidden Although Cindy McCain has publicly said she's an only child, she has a half sister. Kathleen Hensley Portalski and her son, Nicholas, say they're hurt that they've never been recognized — and that they didn't receive any part of Jim Hensley's estate. 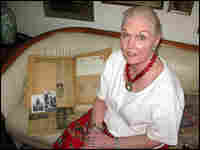 Kathleen Hensley Portalski displays newspaper clippings of her father in World War II, as well as snapshots of herself as a child with her father. Ted Robbins/NPR hide caption 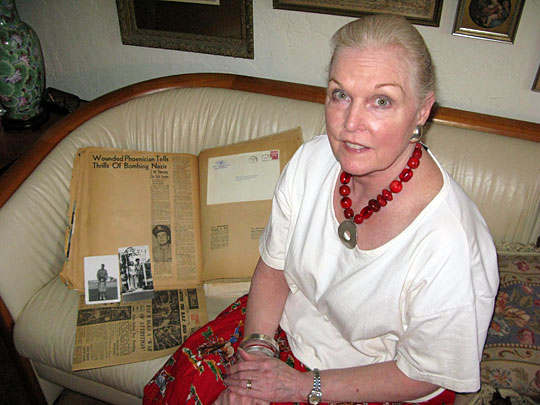 Kathleen Hensley Portalski displays newspaper clippings of her father in World War II, as well as snapshots of herself as a child with her father. 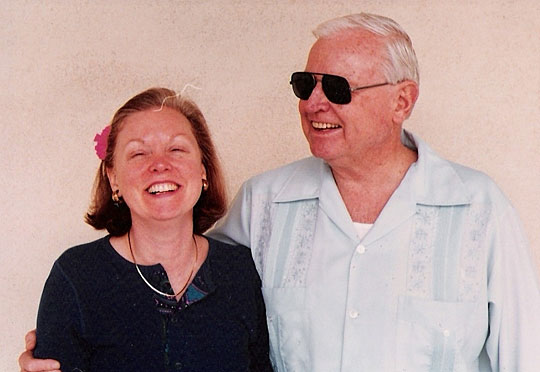 Portalski is shown with her late father, Jim Hensley, who also was Cindy McCain's father. 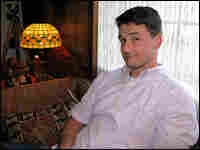 Nicholas Portalski, whose mother is McCain's half sister, says it's "very, very hurtful" that he and his mother haven't been recognized. Ted Robbins/NPR hide caption 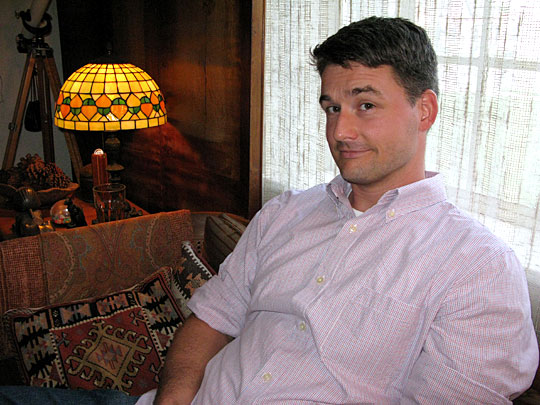 Nicholas Portalski, whose mother is McCain's half sister, says it's "very, very hurtful" that he and his mother haven't been recognized.

Last Tuesday, NPR broadcast a story about Cindy McCain's business and charity work. In it, Ted Robbins described McCain as the only child of Jim Hensley, a wealthy Arizona businessman. The next morning, NPR received an e-mail from Nicholas Portalski of Phoenix, who heard the story with his mother.

"We were listening to the piece about Cindy McCain on NPR, All Things Considered, and it just struck us very hard," Portalski said.

The Portalski family is accustomed to hearing Cindy McCain described as Hensley's only child.

She's been described that way by news organizations from The New Yorker and The New York Times to Newsweek and ABC.

McCain herself routinely uses the phrase "only child," as she did on CNN last month. "I grew up with my dad," she said then. "I'm an only child. My father was a cowboy, and he really loved me very much, but I think he wanted a son occasionally."

McCain's father was also a businessman — and twice a father.

"I'm upset," Kathleen Portalski says. "I'm angry. It makes me feel like a nonperson, kind of."

Who Is Kathleen Hensley Portalski?

Documents show Kathleen Anne Hensley was born to Jim and Mary Jeanne Hensley on Feb. 23, 1943. They had been married for six years when Kathleen was born.

Jim Hensley was a bombardier on a B-17, flying over Europe during World War II.

He was injured and sent to a facility in West Virginia to recuperate. During that time, while still married to Mary Jeanne, Hensley met another woman — Marguerite Smith. Jim divorced Mary Jeanne and married Marguerite in 1945.

She may have grown up as an only child, but so did her half sister, Kathleen, who was raised by a single parent.

Portalski says she did see her father and her half sister from time to time.

"I saw him a few times a year," she says. "I saw him at Christmas and birthdays, and he provided money for school clothes, and he called occasionally."

Jim Hensley also provided credit cards and college tuition for his grandchildren, as well as $10,000 gifts to Kathleen and her husband, Stanley Portalski. That lasted a decade, they say. By then, Jim Hensley had built Hensley and Co. into one of the largest beer distributorships in the country. He was worth tens, if not hundreds, of millions of dollars.

When Hensley died in 2000, his will named not only Portalski but also a daughter of his wife Marguerite from her earlier marriage. So, Cindy McCain may be the only product of Jim and Marguerite's marriage, but she is not the only child of either.

She was, however, the sole inheritor of his considerable estate.

Kathleen Portalski was left $10,000, and her children were left nothing. It's a fact Nicholas Portalski says his sister discovered the hard way.

"What she found in town — on the day of or the day before or the day after his funeral — was that the credit card didn't work anymore," Nick says.

The Portalskis live in a modest home in central Phoenix. Kathleen is retired, as is her husband. Nicholas Portalski is a firefighter and emergency medical technician looking for work.

They say it would have been nice if they were left some of the Hensley fortune.

They also say they are Democrats, but Nicholas Portalski says he had another reason for coming forward.

"The fact that we don't exist," he says. "The fact that we've never been recognized, and then Cindy has to put such a fine point on it by saying something that's not true. Recently, again and again. It's just very, very hurtful."

Kathleen Portalski says she'd like an acknowledgment and an apology.