Accessibility links
'Amenity Migrants' Alter Life In Resort Towns Summer vacation season is winding down, but desire to move to the beach or the mountains is running strong. An increasing number of people are translating that urge into a reality. 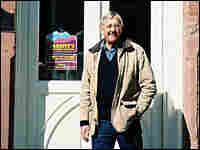 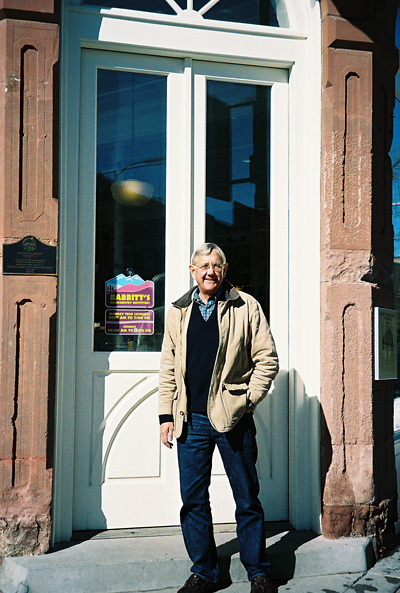 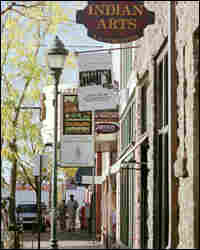 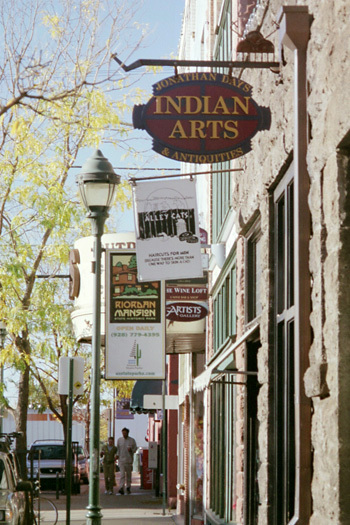 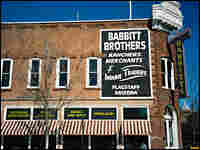 The Babbitt family opened its store in Flagstaff in 1889. Cindy Carpien/NPR hide caption 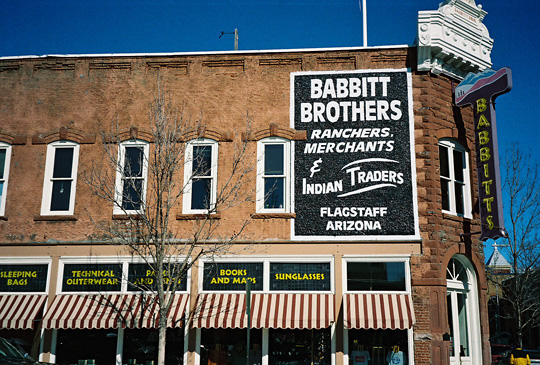 The Babbitt family opened its store in Flagstaff in 1889.

'Poverty With A View' Series

Summer vacation season is winding down, and memories of nice weather and scenic vistas are prompting an urge to move to the beach or the mountains. An increasing number of workers are translating that urge into a reality.

More and more Americans are flocking to resort-like cities, places like Flagstaff, Ariz., a quaint college town near the Grand Canyon. For some, its a move to paradise. But it can come with a steep price.

For centuries, the San Francisco Peaks mountain range, just north of Flagstaff, has been a beacon soaring nearly 13,000 feet above the desert. First Native Americans, then early pioneers, were drawn to the cool, pine-blanketed mountains.

And now the Flagstaff high country is luring a new wave of settlers. For the past eight years, this college town has been Mary Stones home away from home. She makes the two-hour drive from the Phoenix valley up to her second home here every chance she gets.

As soon as I came to Flagstaff, I felt at home in a way I hadnt felt probably anyplace else Ive ever lived," Stone said.

"Its the people, its the arts, its the free exchange of ideas, the natural surroundings.

Stone and her husband are planning to retire in Flagstaff. In fact, she is already spending much of her time there. One local group named her its volunteer of the year for 2007.

Right now, my driver's license has my Flagstaff address, and Im registered to vote in Flagstaff. I care more about Flagstaff," Stone said, laughing. "It sounds terrible, because Ive had a home in the valley for 16 years now.

Newcomers like Stone have been flocking to Flagstaff and other picturesque resort and college towns since the 1970s. But in the past decade, their numbers have exploded.

Kenneth Johnson, a senior demographer at the University of New Hampshires Carsey Institute, has a name for people like the Stones: amenity migrants.

Like many of us, they would say, 'Boy, when I can, I would really like to live in one of these beautiful, scenic areas,'" Johnson said. "And as they get close to retirement, they can fulfill those wishes" -- either in full retirement or by working a more flexible schedule.

Johnson has identified 300 recreation or amenity regions attracting new residents, from Western ski towns to New England and the lake country of the upper Midwest.

While other small towns are struggling, these communities are booming. Theyre growing two to three times faster than other rural areas, even faster than many metro areas. And as the baby boomers retire, Johnson says, the migration will accelerate.

You get the wave of the baby boom, which is bigger than the wave before it, and on top of that, the baby boomers are more likely to purchase these second homes, or amenity homes, or move to these areas," Johnson said. "And so you get, essentially, a demographic perfect storm.

The newcomers can bring a lot of expertise, even new businesses, to their adopted hometowns -- what Johnson calls human capital. But not everyone welcomes the changes.

One of the critics is Jim Babbitt, who grew up in Flagstaff with his brother, Bruce -- who went on to become Arizonas governor and U.S. secretary of the Interior.

People come to the nice little mountain town. So pretty soon, guess what, they want to live here or at least have a part-time home," Babbitt said.

The first thing many of them want to do after arriving, Babbitt said, is to "start to change it into the place where they came from: another park, or some walking trails near their home or, God forbid, a Starbucks.

A popular bumper sticker around town reads, Dont Phoenix Flagstaff. More than one out of every four homes sold in Flagstaff now is bought by a second homeowner.

They certainly push the housing market up and the people who want to live here and stay here full time cant afford the houses," Turner said. "So either they struggle or theyre forced to move somewhere else.

In fact, the city's median home price has more than doubled in the past eight years. Even the national housing crash has barely affected prices in Flagstaff.

The gap between that median home price and the average household income is twice as large as the national average. Some newcomers are shocked at how hard it is to find a decent-paying job.

One-income families here, [city officials] might as well put up a sign that says stay away," said Sue Mattson, who moved here four years ago from the Boston area. "Because unless you come with wealth, its hard to make it here.

Mattson said she thought she could make a new, simpler life for herself in Flagstaff, and make a positive contribution to the community. Instead, she scraped by on a series of low-paying jobs, many of them found while searching for jobs online with a used bookstore's free Wi-Fi.

Mattson says she wasnt surprised it was tough to find work.

In the end, Mattson left Flagstaff. But for others, Flagstaffs quality of life is worth the sacrifices -- even if they're sometimes extreme. Nine years ago, Colleen Barnett and her husband drove up from Southern California for vacation.

And one of the things that struck us was, in Los Angeles, in the big metropolitan areas, youre kind of anonymous," Barnett said. "And here, youre walking down the street, and people are saying hi to us and nodding and making eye contact" and asking how they were doing.

"And you know it was a little uncomfortable at first because were not used to this, Barnett said.

The Barnetts bought a piece of property for retirement. Then Colleen found a job as a loan officer at a Flagstaff bank -- with a 30 percent pay cut from her Los Angeles job. But her husband wasnt ready to leave his job as a chief financial officer with a large corporation.

So here we are, and my husband is still working in California and commutes back and forth," Barnett said. "He flies out on Monday evening and comes home Friday morning, so hes home for the weekends. ... Meanwhile, I'm up here living in paradise."

So is her son, who followed his parents to Flagstaff. Hes now an officer with the citys police department -- exactly the kind of newcomer with human capital that demographer Kenneth Johnson talked about.

But like many other middle-class residents, he cant afford to buy a home.

Flagstaff business owner Jim Babbitt said he doesnt expect the housing situation to improve as the city continues to grow.

The Chamber of Commerce and the boosters have sought growth for as long as I can remember," Babbitt said. "And boy, theyve got it now. And you know, along with growth comes rising prices, gentrification. Ive thought, 'Be careful what you ask for.

Thats a problem that Flagstaff and towns like it dont have much time left to solve: how to accommodate the growth they know is coming without losing the small-town character that attracted everyone in the first place.