Accessibility links
Prague Spring: An Exercise in Democracy Called "socialism with a human face," the Czechoslovak Communist Party's embrace of democratic reforms led the Soviets to invade that country in 1968 and squash the movement, fearing it would poison other Warsaw Pact countries. Today, little note is given to the movement or the invasion.

Prague Spring: An Exercise in Democracy

Prague Spring: An Exercise in Democracy 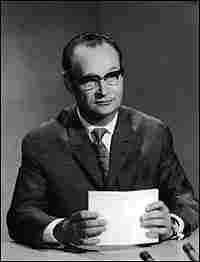 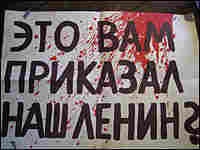 A poster from the 1968 Warsaw Pact invasion in Prague asks, in Russian, "Is this (bloodbath) what our Lenin ordered you to do?" hide caption 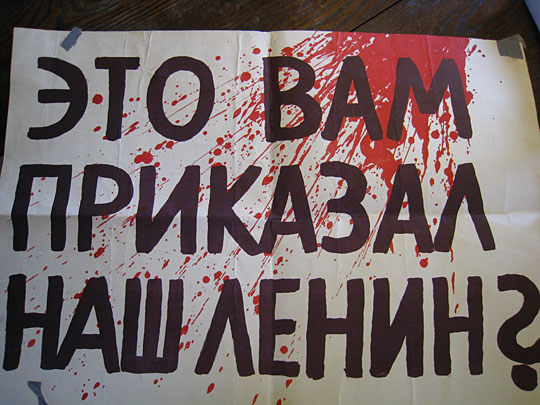 A poster from the 1968 Warsaw Pact invasion in Prague asks, in Russian, "Is this (bloodbath) what our Lenin ordered you to do?"

Of all the 1968 movements, the Czechoslovak Prague Spring was perhaps the only one that was not a generational conflict: Sons and daughters were united with their parents in wanting a more democratic society.

Not everyone, however, agrees on just when the Prague Spring began. There are those who say it started as early as 1963, at a special writers' conference in which the great Prague-born writer Franz Kafka's reputation was rehabilitated and whose books were once again allowed to be published; others claim it began two years later, when the press started writing about the need for economic reform and some market liberalization.

Certainly, by the summer of 1967 and the Czechoslovak Writers' Congress in which leading intellectuals denounced censorship, lack of freedom and the deficiencies of the hard-line Communist regime, the virus of freedom had infected the entire society.

One man who was a foreign correspondent based in Prague at the time told me this anecdote illustrating how he understood something important was happening in Czechoslovak society: While he was sitting at a café on the bank of the Vltava River, a few days after the 1967 Writers' Congress, an elderly man wearing a chef's hat and white uniform emerged from the basement kitchen. The cook confidently strode across the terrace, sat down at a piano and began to play and sing Cikanko ty krasna (Oh, My Beautiful Gypsy), a song from his youth, which at the time was still banned as bourgeois deviationism.

A doctor by training and a member of the social elite, he had been relegated to the margins of society and was forced to take menial jobs when the Communists took over in Czechoslovakia in 1948. Twenty years later, with the new ferment in society, the foreign correspondent told me, the doctor-turned-cook felt he could publicly reclaim his identity.

The entire society was rapidly reasserting itself through a revival of associations that had thrived in the period of democracy that existed between the two world wars.

For example, sports and women's groups, gymnasts and Boy Scouts, river fishermen and choruses. It was through similar grass-roots organizations that civil society and Czechoslovak national identity had been forged in the late 19th century when the country was under the yoke of the authoritarian Austro-Hungarian Empire. When the Soviet Union ordered tanks to quash the Prague Spring in 1968, it was clear Moscow had severely underestimated how deeply Czechoslovak society was imbued with Western democratic values.

The paradox is that in 1946, Czechoslovakia — a highly industrialized country with a strong middle-class identity — had been the only East European country where the Communists came to power through free elections. The popularity of the Communists was due in part to widespread resentment against the West's "appeasement" policy that had allowed Hitler to annex parts of Czechoslovak territory through the 1938 Munich agreement. In justifying that agreement, British Prime Minister Neville Chamberlain had said, the Great Powers could not risk going to war for "a small, far-away place about which we know nothing".

At the end of World War II, the West once again showed indifference to Czechoslovakia. When I spoke to Jirí Dienstbier, the first post-Communist foreign minister, he recalled that in 1945, as Soviet troops were coming in to the country from the east, U.S. troops halted their advance from the west at only 60 km from Prague, despite intense appeals from anti-Nazi partisans to come liberate the capital.

Dienstbier told me that in the first free elections in 1946, people like his parents expressed their bitterness toward the West but also embraced Communism because they believed it would lead to social justice and freedom.

But just months before scheduled elections in 1948, the Communists staged a coup d'etat and Moscow imposed its conditions through brutal show trials and the imprisonment of hundreds of party members and the execution of 11 Czechoslovak Communist party leaders.

The Soviet model that was imposed led to the nationalization of all private property, industries and businesses, including restaurants and shops; censorship was imposed; all political and economic power was in the hands of a few top-ranking party bureaucrats who answered solely to Moscow; and the educated middle class was relegated to the margins of society. Even as late as the early 1960s, a man selling lapel buttons could be sentenced to five years in prison for bourgeois deviationism.

The Stalinist model was alien to the traditions of a society that had been accustomed to grass-roots pluralism. And the economic crisis of the 1960s led to widespread discontent. It was Communist intellectuals who first grasped society's mood and succeeded in imposing a change of party leadership. With the election of the mild-mannered Slovak Alexander Dubcek as the new leader, it was the Communist Party that spearheaded the democratization process.

It was called "socialism with a human face," and its goal was to blend socialism and democracy. Its action program included the abolition of censorship, a free media and freedom of association, as well as degrees of market economy. The Czechoslovak Communist Party was at the peak of its popularity, and when, on Aug. 21, 1968, Soviet tanks rolled in, the population rallied around Dubcek and his government. The most recurrent slogan written on walls and by papers published in underground presses was, "We are with you, you are with us."

It was the shared sense of purpose between the population and Dubcek's Communist Party that prevented the Soviets from immediately installing a puppet government loyal to Moscow. The resistance to the Warsaw Pact invasion was able to continue for more or less a year. And the crackdown, given the Orwellian-sounding name "normalization," took several years to complete.

The purges were massive, every citizen was subject to political screening and more than half a million people were expelled from the Communist party for revisionism. They were guilty of the crime of refusing to sign a statement approving the so-called "brotherly help" brought by the Soviet-led Warsaw Pact invasion.

Teachers, professors, and managers were fired and had to take menial jobs.

When I was sent to Prague to cover the 1989 Velvet Revolution, I met scores of professionals who were finally coming out of the woodwork: They had been allowed only jobs where they would have no contact with and therefore no influence on the public.

The most typical were night watchmen, garbage collectors and boiler-room stokers.

Sociologist Jirina Šiklová told me that after she was fired from her university teaching job, she got a job as a bathroom cleaner in her same department. She wanted to maintain contact with her students. But the authorities moved her to a hospital for terminal patients. She told me the hardliners didn't think she would have a too much of a negative influence on dying people.

The fall of Communism in 1989 allowed many members of the generation of 1968 who resisted "normalization" to resume their professional activities. But they were mostly relegated to the political sidelines. Sociologist Jan Hartl told me that the society that emerged with the fall of the hard-line regime in 1989 was radically different from the society of 1968 that had been full of hope and democratic ferment.

"Normalization," Hartl told me, produced a society accustomed to compromise which could not identify with the moral strength of those who resisted. "It seems that everybody wants to forget that there has been a period of Communism here because of bad conscience. ... They feel uncomfortable with compromises they had to do, so they pretend it is possible to ... forget about history."

The Prague Spring, the Warsaw Pact invasion and the repression that followed are all but ignored in today's post-Communist society. They're absent from text books, and none of the young people I spoke with showed any interest in these topics. Jiri Pehe, director of the New York University Program in Prague, acknowledges, "We have a deficit dealing with our own history."

Today, the legacy of the Prague Spring and its violent crushing are felt more strongly beyond the borders of the Czech Republic and Slovakia. The brutal repression of the attempt to blend democracy and socialism and the Brezhnev doctrine of "limited sovereignty" over Communist-ruled nations created a deep division within the international Communist movement. West European Communist parties, particularly in Italy, Spain and France, condemned the invasion and embraced what was dubbed "Euro-Communism" — a movement that rejected Moscow's hegemony and expressed loyalty to Western democratic institutions.

The invasion also had far-reaching impact on Sino-Soviet relations: China accused Moscow of imperialism, and long-simmering tensions erupted in March 1969 into a series of violent armed clashes on the border along the Ussuri River.

The incidents threatened to spark widespread conventional or even nuclear war.

As the writer Ivan Klíma told me in Prague, the most important legacy of the Prague Spring was the destruction of the international Communist movement."