Accessibility links
Around Resorts, Boomlet Towns Thrive, Too Around the country, more Americans are living where they want to, not where they have to. They're making new lives for themselves by the beach and in the mountains. Locals who have been forced out often buy houses nearby — and have their own effect on smaller towns. 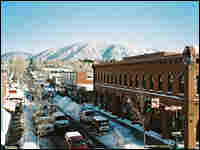 Tourists — and new residents — flock to Flagstaff for its proximity to the mountains. Cindy Carpien/NPR hide caption 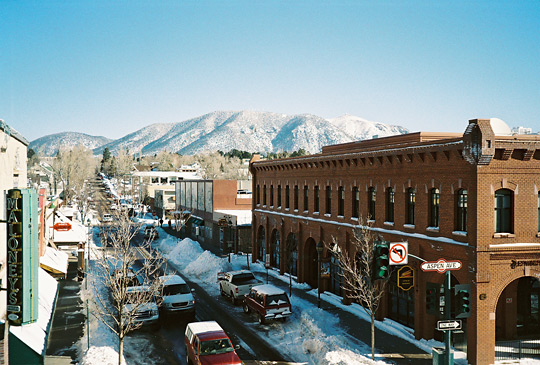 Tourists — and new residents — flock to Flagstaff for its proximity to the mountains. 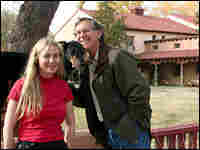 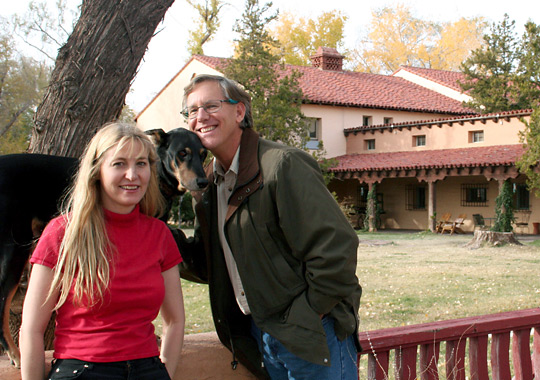 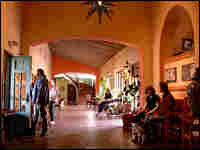 Visitors at La Posada Hotel in Winslow, a town whose new growth is tied to its status as a more affordable alternative to nearby Flagstaff. Daniel Lutzick hide caption 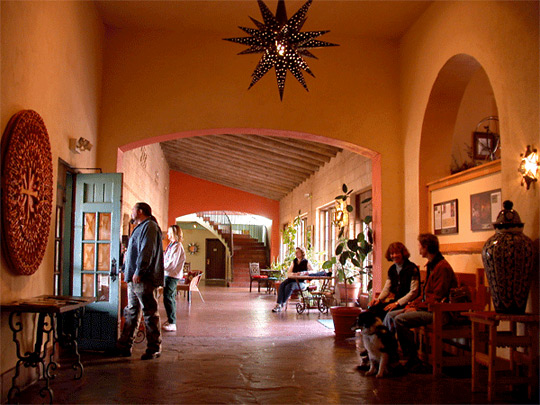 Visitors at La Posada Hotel in Winslow, a town whose new growth is tied to its status as a more affordable alternative to nearby Flagstaff. 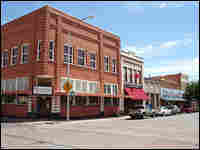 Downtown Winslow, a town whose new growth is tied to its status as a more affordable alternative to nearby Flagstaff. Daniel Lutzick hide caption 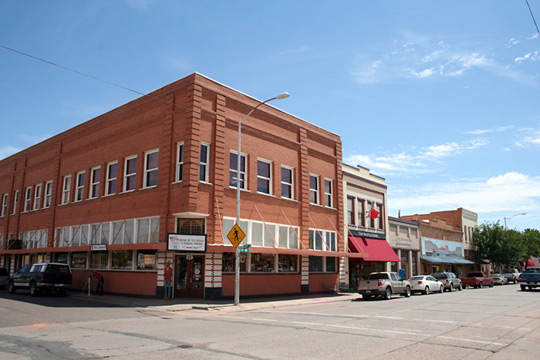 Downtown Winslow, a town whose new growth is tied to its status as a more affordable alternative to nearby Flagstaff.

Theresa Bierer also contributed to this report. It was produced with Arizona Public Radio as part of NPR's Local News Initiative.

Around the country, more Americans are living where they want to, not where they have to. They're making new lives for themselves by the beach, in the mountains, in college towns.

Inevitably, these new residents are changing their new hometowns, making them more expensive places to live. And it can be hard for the original residents to keep up.

That's what has been happening in Flagstaff, Ariz., a tourist gateway to the Grand Canyon.

Many residents there are trying to reinvent themselves so they can stay in their reinvented hometown — while others have found new homes in Winslow, Ariz., 60 miles away.

On a recent day, Ruth Thomas was soaking in the view from the outskirts of Flagstaff. Her big picture window is a perfect frame for the mountains nearby.

"I can see all that Flagstaff has to offer," Thomas said. "I can see the Peaks, I can see trees. I'm surrounded by beauty."

Thomas grew up with this view. She moved back from Tucson recently and runs a day care center. But she can't afford to buy a house. She can't even afford to rent an apartment.

"Flagstaff's beautiful," Thomas said. "It's where I wanted to raise my children, it's safe — and ever since I've been back home, it's been very difficult to find a place to live."

That's partly because Flagstaff has been discovered by wealthy second homeowners. And partly because so many of the area's jobs are in tourism and retail, which don't pay very well.

Home prices have more than doubled this decade. Now only about one out of every five families can afford the median price for a house: $350,000.

So Ruth Thomas has done something three of her four siblings did: She and her children moved back in with her parents.

Her parents, Sue Norris, a retired schoolteacher, and Tony Norris, a musician, built an apartment for themselves downstairs to make room for their extended family.

A Struggle To Control Growth

All over the country, newcomers are moving to scenic communities like Flagstaff, helping to drive up housing costs. Many of the towns are trying desperately to create more affordable housing. For instance, Aspen, Colo., now requires developers to make 60 percent of new homes affordable to lower-income buyers.

But these efforts simply can't keep up with the demand. And it's not just day care workers, teachers and firefighters who are squeezed out of the housing market in Flagstaff — medical professionals and college professors can't afford it, either.

"I was aware it was much more expensive, but I was a little 'deer caught in headlights' when we actually moved there," said Baylor del Rosario, a special education professor. Del Rosario came to Flagstaff for a tenure-track job at Northern Arizona University. But he left after only one year.

"I wasn't joking when I said, 'Well, to even enter the real estate market here in Flagstaff I would need to be paid twice what I was getting — about $100,000,'" he said.

Instead, del Rosario took a job with the Las Cruces, N.M., public school district. It paid about the same. But there, he was able to buy a house. Salaries at Northern Arizona University are the lowest in the state system. Every year, dozens of employees leave because of the cost of living.

So NAU is trying something that has worked for other colleges in high-cost areas, including several California state universities: It's planning to build homes for its faculty and staff.

University Vice President Rich Bowen says the school would retain ownership of the land and sell the houses for far below market price.

"The marketplace is not providing the solution," Bowen said.

"The key is, if we do good architecture, beautiful homes that are still affordable, you can have something that would be an example, demonstration to the community of what's possible."

Flagstaff and towns like it are creating similar affordable housing programs. They're also doing their best to attract businesses with better-paying jobs — with high-tech incubators, tax breaks, improved roads and airports. But it's not enough to keep many longtime residents from leaving.

Aaron Fullerton drives 60 miles twice a day through the empty desert between Flagstaff and Winslow. Fullerton grew up in Flagstaff; he still works there. But when it came time to buy his first home, he bought in Winslow, for $150,000.

For that in Flagstaff, Fullerton said, "you'd be lucky to get an apartment that's been remodeled and called a townhome."

His new 2,000 square-foot home is on a barren, windswept seven acres just south of Winslow.

"You know, it's not Flag," Fullerton said. "But I'm happy with what I've bought. But who knows if I'll ever be able to move anywhere near Flag."

Demographer Kenneth Johnson of the University of New Hampshire says this trend is playing out around the country, in what he calls amenity regions. These are scenic communities in the mountains, on the coast and in college towns that have lured more than a million newcomers since 2000.

"So there is a constant sort of sprawl if you will, going on in many of these areas."

Booming On The Cusp Of Resorts

"When we moved here and had friends come out with us, they just thought we were out of our heads," said former Winslow Mayor Allan Affeldt, who came from Southern California to restore La Posada, a landmark hotel.

"Downtown was largely abandoned, and like a lot of these Route 66 towns, it had been turned over to drunk bars, so at 1 o'clock at night it was like Night of the Living Dead," he said. "They closed the bars, people staggered out, there were fights in the streets, intoxicated street people everywhere."

Since then, Affeldt's ongoing makeover of his hotel has spearheaded a renaissance in Winslow.

Rundown buildings have been rehabbed into shops and art galleries. Hundreds of families have moved here from Flagstaff, and new businesses have sprung up to serve the growing population: a department store, a car dealership, a Super Wal-Mart.

The local hospital expanded and built the first new major medical building in decades. Like other newcomers in other towns, Affeldt and his wife are helping transform Winslow into the place they want to live.

"I think most Americans are kind of groundless because we move all the time, we're not attached to a place, and there's something really compelling about this particular place. And it's become our home."

Unlike many Flagstaff old-timers, Winslow residents have mostly embraced the changes in their town.

By 2020, Winslow's population is projected to double. That will be just in time for millions of retiring baby boomers who'll be looking for small, sunny towns surrounded by natural beauty — towns like Winslow — to call home.