Accessibility links
Family Traditions: Hard Work And Italian Food When he opened a restaurant nearly 30 years ago, Joe Spano Sr. used the cooking skills he had learned from his mother. The lessons he passed on to his own son have kept the restaurant in business. 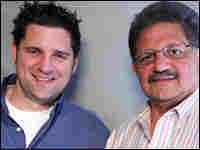 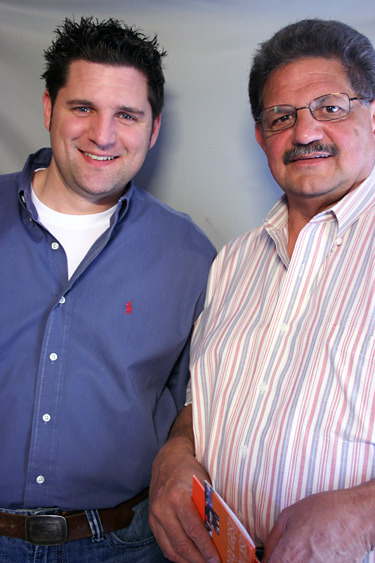 Nearly 30 years ago, Joe Spano Sr. moved from Brooklyn to Abilene, Texas. He wanted to try his hand in the oil industry. When an oil bust left him out of work, he decided to open an Italian restaurant.

That's when he ran into an almost existential question.

Spano had absorbed kitchens lessons from watching his mother and grandmother cook. And he passed that knowledge on to his son, Joe Jr. — along with some lessons about hard work.

As Joe Jr. told his father about their early days at the restaurant, "You sure knew how to draw the line between 'son' and 'employee.'"

The son of the owner started his career at the dishwashing sinks — not exactly what the younger Spano had in mind.

"We were trying to teach you a work ethic, whether you were in the restaurant business or not."

Joe Jr. did stay in the business; he bought Spano's Restaurant from his father in 2005.

And when the dishwasher called in sick on a recent day, Joe Jr. traded his coat and tie for an apron and hit the sinks.

"You know, they say the older you get, the smarter your parents get," Joe Sr. said.

Both Spanos acknowledge that the restaurant business isn't easy.

But, Joe Jr. said, "You can have all the money in the world, but if you don't do something that has any meaning, I mean, what's the point?"

Produced for Morning Edition by Katie Simon. The senior producer for StoryCorps is Michael Garofalo..