Comment on the first ladies' fashion and read about what Republican vice presidential nominee Sarah Palin could learn from Dick Cheney's sartorial mishap on the Vox Politics blog. hide caption 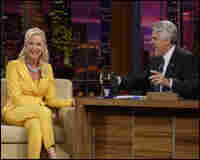 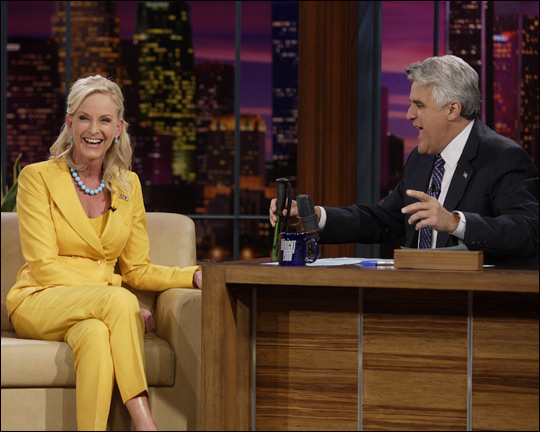 In its 200 year-history, the White House has not been a treasure trove of fashion-forward First Ladies. It can't be; a successful first lady profile is a delicate amalgam of not-too-bright, not-too-tight, not-too low-cut and not-too expensive.

"If her husband is running for president," says Letitia Baldrige, "she has to watch everything." As social secretary to Jacqueline Kennedy, Baldrige knows the impact clothes can have on public perception of a politician.

Today's First Ladies have to look stylish, but not too stylish, Baldrige says, or they're dismissed as indulgent.

"I think it would be wrong for today's first lady to go around like a princess all the time," she warns. "But I think it would be very wrong of her when she's on an official job to be dressed too casually. She's always got to be a bit above."

"She has a way of dressing that cuts across ethnic, color and class lines," Collins explains, noting the black-and-white sundress Obama wore to guest host on ABC's The View, "sold out all across the country."

The fact that these strong women can comfortably wear such varied clothes is a good sign, says first lady historian Carl Sferrazza Anthony.

"They seem really comfortable in whatever they're wearing," he says. "These aren't costumes."

Anthony interprets this as a subliminal cue to voters, that, "I'm confident."

And lest naysayers shrug off conversations about what first ladies — or potential ones — choose to wear, Robin Givhan, Pulitzer prize-winning fashion editor for The Washington Post has a question for you: If clothes don't count, why is the "interview suit" so important?"