Accessibility links
Black Is Beautiful Sufiya Abdur-Rahman's name is key to her identity as the proud daughter of African-American converts to Islam. The writer and teacher believes black is not a condition she should have to rise above. 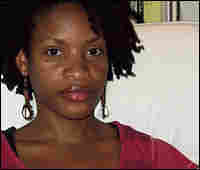 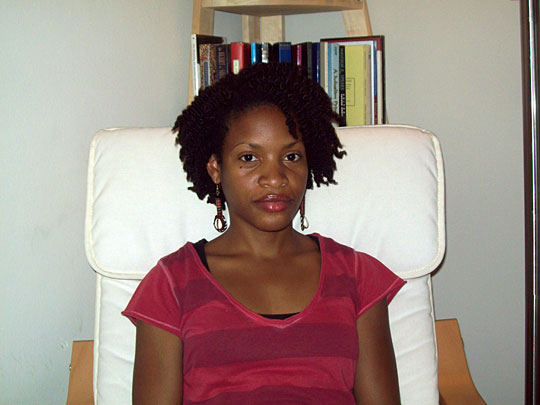 Sufiya Abdur-Rahman teaches at an after-school program. She is also a researcher for The Crisis magazine and a freelance writer. A native of Long Island, N.Y., Abdur-Rahman lives in Hyattsville, Md.

I'd been searching for a job for months with no success. I was just about ready to settle into permanent unemployment and a deep depression when my siblings suggested I try something I'd never before considered.

"Why don't you put a different name on your resume," they proposed. Something less ethnic-sounding and easier to pronounce, something that doesn't set off alarm bells like my name apparently does.

I'm the daughter of two 1970s African-American converts to Islam. I am black, I am proud and I don't shy from showing it. I wasn't going to downplay my cultural identity to accommodate someone else's intolerance, because I believe that black is beautiful. I believe in living that old 1960s credo, as out of style as it may be.

Growing up black, and to some extent Muslim, colors almost all that I believe and just about everything I do — how I talk, what I eat, the clothes I wear, what I fear and love.

In fifth grade, while my friends disguised themselves as witches and zombies for Halloween, I became Queen Nefertiti, celebrated Egyptian wife of the pharaoh Akhnaten. I thought I really looked like her with my tunic belted above the waist, feet exposed in my mother's sandals and heavy eyeliner, just like I saw in pictures. My neighbor thought I looked more like an ancient Roman or Greek. Back then I didn't know how to articulate to her the dignity I had for my heritage, so I said nothing. I just cut my trick-or-treating short that night.

I learned, along with every other American school kid, that at one point in this country being black meant being less than human. But that never made me wish I wasn't black. I love that my African people were among the most innovative in the world and am constantly amazed that my ancestors survived a period of unimaginable hardship. I'm forever grateful to my grandparents' fight for equal rights and equally admire my brothers for creating a music and culture with impact worldwide.

So I could never mask who I really am, not even to get a job.

People like me may have gone out of style, with leather Africa medallions and embroidered FUBU T-shirts, but I still believe in celebrating my blackness. It starts with my name and remains at the forefront of my identity because for me, there is no shame in being black. And I don't mean just having brown skin. There's no shame in having thick nappy hair, big full lips, a colorful melodic vernacular or even an inherent sense of rhythm, stereotype or not.

So I refuse to be anyone but myself: hip-hop listening, nappy hair-having, Girlfriends-watching, James Baldwin-, Zora Neale Hurston-, Malcolm X-reading me. I've internalized that black is beautiful, not a condition to rise above. For as long as it takes, I'll keep being Sufiya Abdur-Rahman on my resume and everywhere else I go.