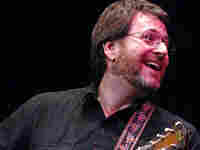 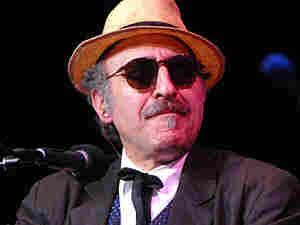 One of the world's most mysterious and fascinating performers, Leon Redbone sings a set of classic Tin Pan Alley, pre-war blues and swing live on Mountain Stage.

Known as much for his distinctive, scruffy voice as he is for his distinctive look — full mustache and perpetually shaded eyes underneath a Panama hat — Redbone frequently tours without letting anyone catch a full glimpse of the man behind the music. Accompanied by Paul Azaro on piano, Redbone's seemingly spontaneous stage banter and charming if unrevealing personality glow in this set.

Acoustic slide bluesman William Lee Ellis also performs in this set, playing songs from his 2006 release God's Tattoos with a deft finger-style technique that mirrors that of the great Rev. Gary Davis. His songs have been recorded by Ana Popovic, Reba Russell and Susan Marshall.