Accessibility links
Will Clinton Delegates Snub Obama For McCain? The Democratic Party hopes to use its national convention to unite support behind Barack Obama. But many of Hillary Clinton's supporters have come to Denver to cast a vote for her — and some say they will not be supporting Barack Obama. 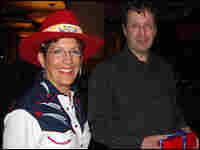 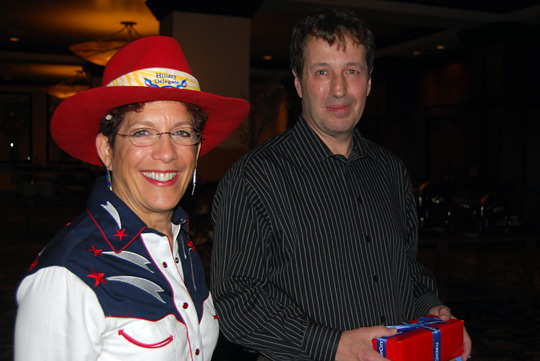 Democrats will hear Hillary Clinton speak Tuesday, as their party tries to use its national convention to unite support behind Barack Obama. But some of Clinton's supporters have come to Denver to cast a vote for her — and they are divided over backing Obama.

Some of Clinton's loudest supporters have promised to hold protests and vigils throughout convention week.

Two Democratic delegates from Colorado, Daniel Kagan and Awilda Marquez, told NPR's Renee Montagne that they are planning to vote for Clinton Wednesday, when her name will be placed into nomination under a roll-call vote.

The two campaigns struck a deal on the roll-call vote, partly to appease the more than 1,500 pledged Clinton delegates who are at the convention.

Kagan, who circulated a petition to get Clinton's name on the convention ballot, says that while he'll vote for Clinton in the roll call, he will ultimately support Obama.

But Marquez says she does not support Obama at this point — and that she'll vote for Clinton in the roll call.

Marquez says that all the Clinton delegates stay in touch and communicate, and it's her impression that the majority at this point do not support Obama.

A new TV ad for Republican John McCain is targeted at that group.

"I'm a proud Hillary Clinton Democrat," a woman in the spot says. "Now, in a first for me, I'm supporting a Republican, John McCain." The Arizona senator, she said, has the experience and judgment for the job.

It remains to be seen how that message resonates with Clinton's supporters — and if it translates into votes in November.