Accessibility links
California Dreaming Winner: An L.A. Sound-Song Day to Day asked artists to send their musical takes on the California Dream. Among dozens of submissions, one track stood out because of its unique approach: The instruments are urban sounds. Quinn Kiesow spent 80 hours piecing together an array of noises to make "Los Angeles."

We want to hear what you think of the winning song on our blog, 'Daydreaming.'

Hear 5 of the best songs about California, as chosen by Day to Day listeners. 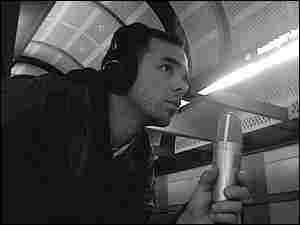 We wanted a grand finale for Day to Day's California Dreaming series, so we asked artists to send their musical takes on the California Dream. Among the dozens of submissions, one track stood out from the rest because of its unique approach: The instruments are urban sounds.

Quinn Kiesow, 25, created his entry, "Los Angeles," entirely out of noises he recorded in that city. The track follows him through a day in L.A., from a construction site to a coffee shop, past kids on skateboards, chirping birds and whistling pedestrians. He blends the click-clack of a woman's high heels, the swoosh of a public bus' brakes and the thrash of a jack-hammer to make music.

His song is the culmination of his own California dream, he told Madeleine Brand and Alex Chadwick in an interview. A few years back, Kiesow moved to Los Angeles from Wisconsin with his experimental rock band, hoping to get signed and paid to play music.

"We loaded into a shuttle bus with no money, no place to live," he says.

Kiesow, who grew up in a town of 3,000 people, was floored by all the sounds when he arrived. Everywhere he listened, he found inspiration. The subway "makes this great sound like a violin;" Hollywood Boulevard was full of weird noises, begging to be looped, he says.

Experimental rock, his band found, wasn't exactly a ticket to fame and fortune. The group split before finishing a "concept album," which involved infusing songs with sounds recorded across southern California.

Still, Kiesow wasn't ready to give up. He decided he'd continue what the band had started by recording city sounds and creating songs out of his trove of environmental audio.

Piecing together all this audio is a time-consuming process. Kiesow spent 80 hours in the studio on the "Los Angeles" track alone, but he loves the process. After molding his audio version of the City of Angels, he went to Europe for six weeks, recording the entire time.

"I knew that the sounds there would be entirely different than they would in Los Angeles," Kiesow says. "The streets are made of different things; the buildings are different widths apart; they have different engines in their cars; people speak a different language; it's a difficult culture."

A year later, he's still sifting through all the sounds.

Although his California dream may not have panned out the way he had hoped when he first left Wisconsin, Kiesow says he's found a place that inspires him to "actually do the things I want to do."

It's "more difficult and less glamorous than I expected," he wrote in his submission. "But more fulfilling than I could have ever expected."

In addition to asking musicians to send us their own creations, we asked listeners to send us their favorite songs ever recorded about California. We got hundreds of responses. Below, some of the most popular and creative ones with users' explanations — and in some cases — playing instructions. 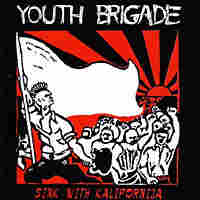 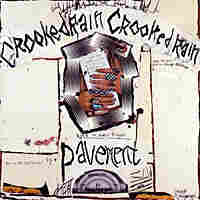 "Fillmore Jive" by Pavement, off the greatest California album ever, Crooked Rain, Crooked Rain. It's certainly a great youth/city anthem in general, but it speaks of my birth state to me. "Unfair" off the same album is just as awesome, in a more tongue-in-cheek way ("Swing your nachos like ya just don't care!"). Emmett Booth 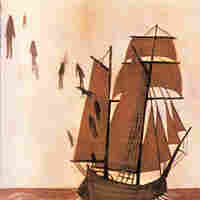 It's a pretty song with nice lyrics. I, after all, am part of this brigade. I'm youngish anyway!! Lance Kozmo Edwards 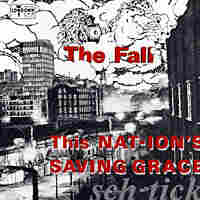 Perhaps one of the most harrowing is "L.A" by The Fall . . . a soaring, propulsive, yet dark and cantankerous ditty that really never gets around to directly addressing the particulars of those darkest corners of the California dream (a theme that runs through most of my picks here), but does sort of hint around it in atmospherics and oblique references. dan carlson