Accessibility links
Supersleuth Mixes Crime, Comedy A comic thriller composed with literary refinement and an ear for wordplay, Adam Davies' Mine All Mine bounces through a world of objets d'art and tranquilizer darts. 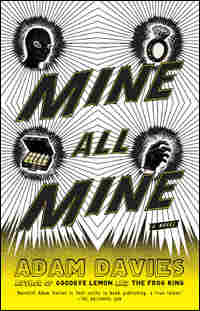 Mine All Mine
by Adam Davies
Paperback, 240 pages
Riverhead
List price: $14.00 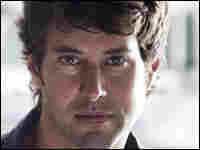 Adam Davies' third novel — a comic thriller composed with literary refinement — bounces through a world of objets d'art and tranquilizer darts. The hero, Otto J. Starks, is a "pulse," an ultra-elite rent-a-cop — the guy who's supposed to sound the alarm when the ski-masked thieves have disabled the laser beams.

Otto excels partly because of his toxic-tolerance-building diet ("I have devoted the last fifteen years of my life to cultivating immunities to every drug you can name"), and partly because his powers of sensory perception are superheroically sensitive. After sniffing out notes of cardamom and coriander on his art-historian girlfriend's best bra, he discerns that she's been dallying with someone who eats curry.

A superhero is, of course, nothing without a worthy archnemesis. The Rat Burglar, who moves with an "arrogant, matadorlike attitude of indifference," swipes $30 million of valuables from under Otto's delicate nose in a nine-month span. Will he snare the villain? Will he get the girl? Would you feel terribly cheated if the predictable came to pass and the villain were the girl?

If so, this is not the pop art bauble for you. Fleet and funny, Mine All Mine resembles Davies' earlier overdue-coming-of-age comedies in its boyish wit and calls to mind many a recent American novel in its comic-book boisterousness. It's also cinematic in a French New Wave fashion — breezy and self-analytic, with Otto referring to the tribal masks and rococo paintings he guards as "MacGuffins," Hitchcock's term for thingums important to the plot and nothing else.

Davies' command of juicy slang and florid wordplay gives Otto's narration a charming medium-boiled texture — "It's hot enough to deliquesce cardboard, but mainly I'm slicked in the sweat of tortured morality." And his sophisticated sense of hammy humor generates dialogue as rich as good prosciutto. "Who taught you how to punch?" Otto's astonished sidekick asks him at one point. "Jessica," comes the reply. "Cardio-kick. Tuesdays/Thursdays at seven."

Excerpt: 'Mine All Mine'

Mine All Mine
By Adam Davies
Paperback, 240 pages
Riverhead
List price: $14.00

I am now going to tell you a secret. I am going to come clean. How can you ask someone to marry you if you're living such an enormous lie? You can't, not if you're one of the good guys. Not if your last shot at happiness after years of sitting alone in darkened rooms, waiting for a bullet, depends on telling — it's a hard word — the truth. So tonight before I pop the question I am going to tell Charlie everything, but I am going to rehearse it on you just this once, before the real confession, to see how terrible it sounds. Here it goes. The dirt on Otto Starks. The life strife. The biohazard. The awful, unavoidable truth of it is:

"I am not a talent scout for the New York Mets."

Through perforated bulletproof glass the Guere-Wobe K'plua mask stares back at me with an ancient, implacable intelligence. It is made of wood, cloth, raffia, and has cowrie shells for eyes. Its conical headpiece made out of ivory and bone makes it look a little garden gnomey but it also has something really soulful going on. Understanding and omniscient. These African K'plua masks are protectors and judges. Their enormously oversized heads, dominated by glistening, all-pupil eyes, are supposed to keep spiritual watch over their families. But they also keep karmic scorecards and decide who is permitted entrance to the promised land.

It's a good avatar to practice on.

I will get so written up if I am caught violating proximity, so I peep around the corner to make sure Herkimer isn't passing by on an Evac Recess. Herk is the closest thing I have to a best friend. He's a new hire at Janus, just six months, but I feel like I've known him forever, and although he would never report me, I'd hate to put him in an awkward position. But so far, so good: no sign of anyone. I double-check to make sure no one's installed any audio on this thing, then lean in as close as I can without tripping the prox-alert cloud and spill the rest of it into K'plua's enormous turtle-shell ears.

Those three weeks in February? I was not in Dubuque taping a high school phenom's big 12-to-6 breaker. Last Christmas, when I bolted the house at one in the afternoon and didn't come back until after New Year's? I was not called away to perform a battery of psych evals on a former NFL quarterback looking to make the jump to the mound. Spring break? I was in Yokohama, all right, but I was not calculating the big league potential of undersized Japanese singlers. In fact, I have not once scrutinized college kids at batting practice or analyzed the barehanded fielding of awkward grounders on the torn-up lots of the Dominican Republic. I have never had a legit follow. I don't know how to determine a fringe, average, or definite prospect. I don't know any of it. Talent scout for the Mets just came out of my mouth that spring day I met Charlie. I'm glad it did, though. It has made everything plausible. Why would anyone doubt that I was out trolling all timezones on behalf of the Mets? It accounts for the irregular hours, the time away. Plus it affords a certain black-ops secrecy. I always tell her that contractually I am not allowed to talk about what I do on scouting trips. Just the way it is. Sorry Charlie.

But this story is just my cover, my headliner, my Clark Kent.

I down a couple of quick cyanide tabs — I know, I know: I'm working on it — and brace myself for what I say next. 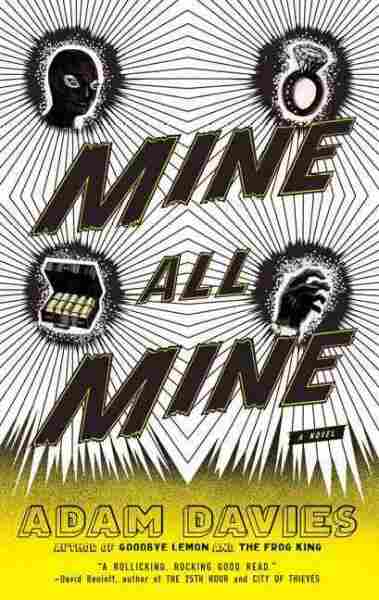 Title
Mine All Mine
Author
Adam Davies