Accessibility links
George Duke Puts His Stamp On Funk Duke has put out more than 30 albums, which have incorporated jazz, pop, Latin and R&B to critical and commercial success. On his latest album, Dukey Treats, he pays tribute to funk, soul and Sly Stone. 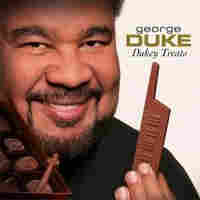 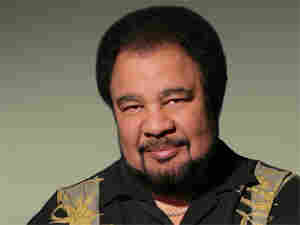 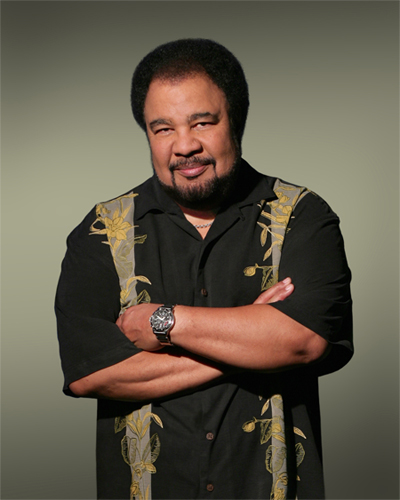 Over the years, George Duke has put out more than 30 albums, which have incorporated jazz, pop, Latin and R&B to critical and commercial success. On his latest album, Dukey Treats, the legendary keyboard player, composer, arranger and bandleader pays tribute to funk, soul and Sly Stone.

Speaking from NPR West, Duke talks with Weekend Edition Saturday host Scott Simon about the album and how he puts his stamp on the genre while still singing about social issues.

Duke says he got the idea to record a true funk album after hearing many fan requests over the years. He says he decided to do it on his own terms and incorporate his jazz influences and a lot of spontaneous playing. Eventually, Duke backed off from his original intent to do a full album dedicated to funk, instead creating what he describes as a "tribute to old school."

Putting A Stamp On Funk

"This record is about fun," Duke says. "Of course, there's a balance on the record: There's serious subjects tapped, but at the same time, there's a lot of fun and extemporaneous laughter going on. We were just having a good time, and I wanted that reflected in the album."

The album, he says, pulls ideas and references from some of his favorite acts, including Sly and the Family Stone, James Brown, Parliament/Funkadelic, Earth Wind and Fire and Marvin Gaye.

"I was looking to do a song which kind of was a Sly and the Family Stone groove on steroids," Duke says. "That kind of vibe."

While Duke spent time revisiting his influences, he also looked back at his own long career and all the various styles he's used. In the end, he attempted to pull it all back together and make it his own.

"I just wanted to put my stamp on some funk," he says. "I hear a lot of R&B being done nowadays — and some of it is really old, I mean it's the original stuff — but not a lot of new artists that are creating new funk or new R&B in a traditional sense."

In addition to updating the sounds of R&B and funk, Dukey Treats addresses important topics and issues such as genocide in Darfur, particularly in the song "Sudan."

"I believe artists have a tremendous responsibility to talk about, to sing about, to speak about, to write about the problems going on in this world," Duke says. "There's more to write about than just love songs, and I decided to approach this from a human standpoint, as a human tragedy, not a political situation, and talk about it.

"If there's a situation going on historically, artists — whether they were classical musicians or pop musicians — have always been a reflection of society ... and in many ways, a healing part of whatever's wrong in society," Duke adds. "I think it's important for us to continue to do that, and I don't see enough of it today."

With a career that has shifted among so many genres — he's collaborated with artists such as Miles Davis and Cannonball Adderley, Barry Manilow and Frank Zappa — Duke says he's always worn different hats. Sometimes, he says, even on the same day.

Duke says he stopped counting how many albums he's put out years ago.

Still, Duke has many projects in the works, including a record that revisits the fusion era, collaborations with African and Indian musicians, and a big-band album — something he's never done.

"I've done little bits and pieces of it, but I've never actually done a George Duke big-band record," Duke says. "I want to put my stamp on that, because I love the whole idea of a bunch of musicians getting together and creating something.